Duterte thanks Australia for support on SCS win

President Rodrigo Duterte thanked the Australian government for supporting the Philippines in its arbitral win against China over the South China (West Philippine) Sea.

Australia manifested its support for the country before the United Nations. 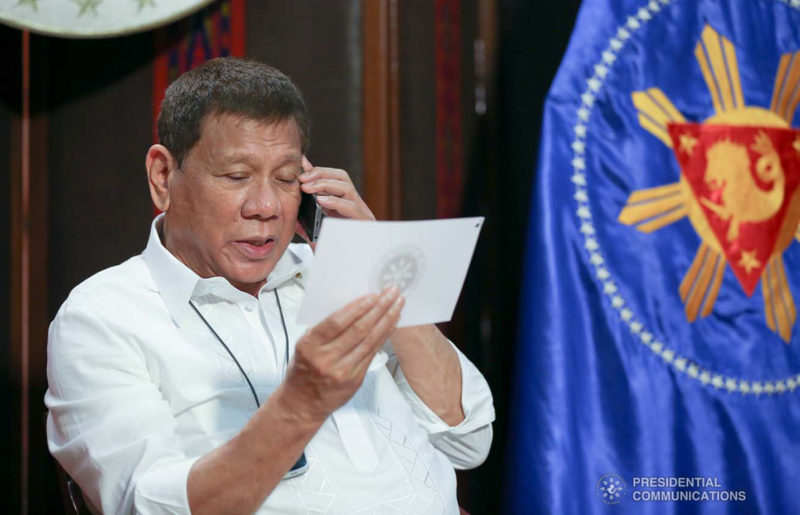 Undersecretary Robert Eric Borje, chief of the Presidential Protocol and Foreign Affairs, said the President expressed his gratitude in a phone call with Australian Prime Minister Scott Morrison on Monday.

“We consider Australia a close partner in upholding international law, including Unclos (United Nations Convention on the Law of the Sea), and in promoting maritime security,” the President said, according to Borje.

Duterte also thanked Morrison for Australia’s “generous” assistance for the victims of Typhoons “Rolly” and “Ulysses” and for the country’s response to the coronavirus pandemic.

Duterte, in his first speech at the UN General Assembly last September, asserted the victory of the Philippines against China. He rejected attempts to undermine the 2016 Hague ruling, which he said is now part of international law.

According to Borje, Duterte and Morrison had a productive exchange of views on strengthening Philippines-Australia bilateral relations and regional and multilateral cooperation. They also discussed the 37th Association of Southeast Asian Nations (Asean) Summit and Related Summits held recently.

The President told Morrison that he looks forward to the adoption of the plan of action to further implement the Joint Declaration of the Philippines-Australia Comprehensive Partnership.

The Prime Minister expressed commitment to strengthen Australia-Philippines cooperation and partnership on areas of mutual interest.