Armed Forces Chief of Staff Gen. Gilbert Gapay on Monday said the military was considering filing court action against members of the Makabayan bloc in the House of Representatives for helping recruit fighters for the communist New People’s Army (NPA). 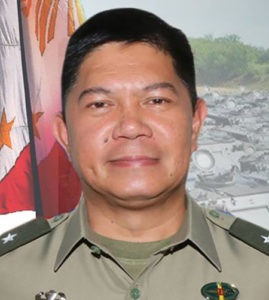 “We will now pursue the legal track on this matter. Because there is a need for them to be charged,” he said in an interview on DZBB radio.

He also strongly recommended that the members of the bloc be ousted from the House.

Gapay echoed the earlier suggestion of National Security Adviser Hermogenes Esperon Jr. to file a case against the Makabayan congressmen before the Commission on Elections (Comelec).

Gapay has accused them of supporting the NPA’s armed struggle and, at the same time, covering up their involvement with the underground movement.

The Makabayan lawmakers have been accused of fronting for the NPA and its umbrella organization, the Communist Party of the Philippines.

Gapay said the military had “solid evidence” to build a case against the lawmakers, specifically documents recovered by security forces after armed clashes with communist rebels.

“We also have those who have surrendered to us and we captured their narration of events. All of these are solid evidence [and proves] that they are denial kings and queens,” he added.

“But still, we have legal processes and we will go by that. We will have to strengthen our case further against these organizations and personalities,” Gapay continued.

He disputed allegations that the military was engaged in red-tagging.

“I would like to make an assurance to the public that the Armed Forces of the Philippines is not engaged in red-tagging, but only in truth-tagging,” Gapay said. “We are only pointing out here the truth and we are unmasking personalities and organizations who are involved with the CPP-NPA-NDF (Communist Party of the Philippines-NPA-National Democratic Front).”

The military recently ramped up its crusade against Makabayan and other organizations and personalities whom it believes are involved with the communist movement.

President Rodrigo Duterte earlier said members of the Makabayan bloc are the legal fronts of the NPA.