The Philippine economy is showing signs it would begin posting “positive” growth in the first three months of 2021, the Bangko Sentral ng Pilipinas (BSP) said on Thursday. 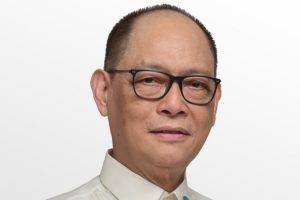 During the Rotary Club of Manila’s virtual membership meeting, BSP Governor Benjamin Diokno said that although growth in the past quarter would remain “slightly negative,” he thinks “the first quarter of this year will be positive.”

This, he added, is based on the results of the central bank’s latest surveys indicating improved optimism of businesses and consumers.

He also mentioned the results of the Google Mobility report, which provides insights on how people’s movements have changed throughout the pandemic, showed another cause for optimism.

“The report details how activities for retail, recreation, and workplaces continued to improve for the Philippines, suggesting a rise in economic activity,” the Bangko Sentral head said.

“Notably, grocery and pharmacy figures were shown to come close to the baseline period, approaching pre-quarantine levels,” he added.

The BSP chief also said numbers under “residential” gradually declined to 18 percent as of Dec. 7, 2020 — compared to their peak of 43 percent in April 2020 — implying that people were staying less at home.

And the central bank governor said he also saw high gross domestic product (GDP) growth in the second quarter because of base effects.

“Remember, the worst happened during the second quarter of last year. And then the third quarter will continue to grow,” he added.

For this year, the government’s official GDP forecast range was set at 6.5 to 7.5 percent.