NOPE, that’s not a quote from the current University of the Philippines Diliman chancellor Fidel (named after the Cuban dictator) Nemenzo, who should stick to his field — mathematics — rather than dabble in political discourse, of which he knows nothing about. His claim that the abrogation of the 1989 UP-Department of National Defense (DND) accord is an attack on the university’s academic freedom is as if he declared two plus two is five.

That quote is from his father Francisco, who got his PhD in political science from the United Kingdom’s University of Manchester and who was UP president from 1999 to 2005 and in the 1960s, was a ranking member of the old USSR-supported Partido Komunista ng Pilipinas.

This infinitely wiser Nemenzo, in a paper titled “The Continuing Relevance of Academic Freedom,” very insightfully pointed out: “Academic freedom, in the words of Angela Davis (the noted American academic and longtime member of Communist Party of the US in the 1960s — RDT) is an empty concept, which professors use to guarantee their right to work undisturbed by the real world, undisturbed by the real problems of society.” 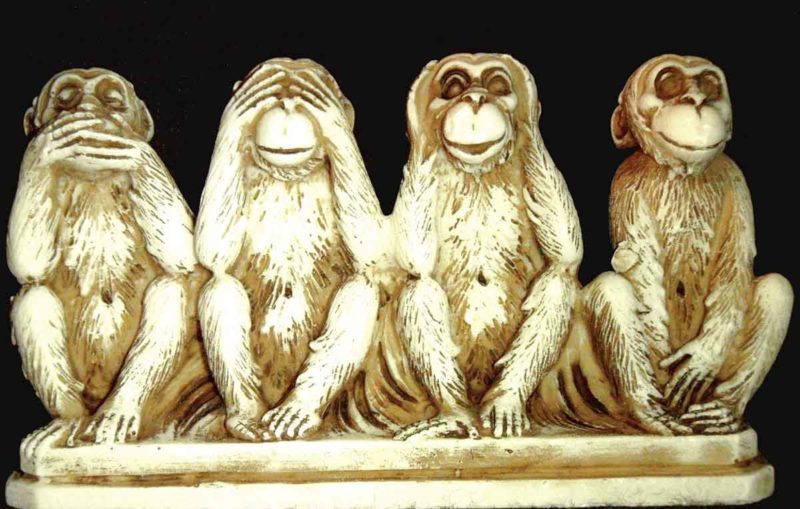 In one picture, the University of the Philippines’ position on the communist insurgency. Photo from Wikipedia

Exactly. The Communist Party of the Philippines (CPP) that has been for 52 years undertaking an insurgency to violently overthrow our democratic system has made the UP its ideological and cultural base as well as its recruitment ground for its New People’s Army (NPA).

Yet the UP academic community is totally undisturbed by this very real problem confronting our country, with the insurgency so far killing over 50,000 men in uniform and making lives miserable for hundreds of thousands of the poorest Filipinos in the countryside. The Filipino version of Maoist Red Guards have been arrogantly stopping their teaching with so many boycotts and demonstrations on issues the CPP is on to, but they’ve been unperturbed.

Has there been any study or book coming out of the UP studying the communist movement, not just its political aspects, but its impact on our economy? Has there been any UP professor since the 1970s condemning the CPP and its terrorist wing the NPA? None. A sampler of books published by the UP University Press consists of paeans to a Huk and PKP guerrilla Bart Pasion, to the CPP’s Makibaka founder and NPA commander Lorena Barros, and to the author herself as in the case of Dusking, Dawning by another longtime CPP cadre.

That Japanese pictorial maxim of the Three Monkeys — “see no evil, hear no evil, say no evil” — encapsulates this groupthink. I would even add the fourth monkey as depicted in a version of this maxim, which shows it covering its genitals, which I would interpret in the case of UP denizens, its lack of balls.

The elder Nemenzo’s paper was actually a speech he gave at the Third World Center at the UP in January 1977. Yep, during the apogee of martial law, with the Liberal and Communist parties subdued their leaders in prison (Jose Maria Sison and Kumander Dante were captured that year). That was more than a decade the UP-DND agreement, which was nothing but another service President Corazon Aquino gave to her ally, the CPP.

Did Nemenzo even at the height of martial law think the military or the dictatorship was a threat to academic freedom? No. In fact Nemenzo wrote: “To clamor for freedom from external pressures is futile as it is misdirected. Let us admit that the subordination of the university to external forces has internal causes…”

Nemenzo even at that time debunked a myth that would, however, be such a dogma in the UP community’s groupthink that he’d probably be lynched in the communist-controlled Philippine Collegian if he uttered it now: “With the imposition of martial law, very few Filipino academics actually experienced torture and imprisonment — and to my knowledge, no one has been driven to penury — for following Immanuel Kant’s dictum: ‘Dare to know.’” I don’t think Nemenzo has changed his mind after all these years: I found the speech as a pdf file of his speech posted in his Facebook page when the issue of the UP-DND accord broke out.

Nemenzo pointed out: “In the Philippines today, the principal threat to academic freedom does not come from modern Torquemadas armed with crude gadgets of inquisition; it comes from government agencies, from private corporations, from global foundations and international organizations who dangle consultancies, grants before a materially deprived intelligentsia… In other words, academic freedom in the Philippines is not threatened with death but with obsolescence.”

It’s gotten much much worse since 1977 when Nemenzo wrote those words, and I’m afraid that he might have suffered the old-age sickness of idealists — the jaded-eye syndrome — that he hasn’t written about it again. I was surprised for instance when while doing research on ABS-CBN a few months ago when it was a burning issue, that two of its prominent professors were in the advisory board of that oligarchic firm. Would that have affected their essays on the role of the oligarchy in the country’s underdevelopment?

(Nemenzo’s point certainly applies to “press freedom,” which is threatened not by President Duterte but by United States and other foreign outfits that have funded such media as Rappler, Vera Files, Center for Media Freedom and Responsibility, and Center for Investigative Journalism — all of which toe the line of American mainstream media.)

For transparency’s sake, UP should disclose the consultancies and research projects for private corporations of its faculty. As Nemenzo argued, that is the real threat to academic freedom, not the defense department or the police, which do not have the intellectual capacity — nor the finances — to ask them to think differently or churn out studies to benefit the administration and its military.

One of the very visible symbols of the UP community’s hypocrisy — or to borrow from Nemenzo — a center of academic entrepreneurs is a block away from Abelardo Hall, the de facto command center of UP’s communist cadres.

This is what before and during martial law was called the School of Business Administration. In 2013, it was renamed the Cesar E. A. Virata School of Business Administration. Yep, the UP community’s group-think is that then-President Ferdinand Marcos was Satan incarnate. Yet they honor Virata whom Marcos gave full authority to manage the economy and whom he designated as his successor, even formally by having his parliament name him prime minister.

The school has not revealed how much Virata or his many friends in the oligarchy donated to the school for it to be renamed after him. (The equivalent of this at the Ateneo is the naming of its student center the Manuel V. Pangilinan Center for Student Leadership with its Rizal Library having a wing named First Pacific Hall, after that executive’s employer.)

Not only Nemenzo but many others had decades ago pointed out that the academic quality of the country’s premier university had been going down because many of its faculty have taken on consultancies or became directors in private corporations, not just because of their low salaries but because needs arose that didn’t exist in their idealistic youth such as a car, a decent residence or tuition for their children.

Indeed, two popular talk show hosts have been professors since 1987 but have spent most of their time in media that they have never produced a single piece of scholarly work since 1987. UP’s relatively new faculty have even complained that many old professors had retained their teaching jobs, even if only a single class, in order for them not to lose the practically free housing on campus they’ve been enjoying for decades.

Ironically, the real threat to academic freedom at the UP is not the government but the oligarchs and the communists dominating the institution.

I thought the title of a column I wrote in November 2020 on the UP, “University of the naïve, cowards and Red sheep,” said it all. I was wrong. Nemenzo’s insights will have to add another description, a university of, as he put it, “intellectual profiteers.”

Fidel should heed the wisdom of his father, rather than just follow the UP party branch’s directives.