Amid recent attacks from violent extremist groups and incidents of conflict exacerbated by Covid-19 and the ongoing recession in the Philippines, a program funded by the European Union (EU) and supported by the Kofi Annan Foundation (KAF) was launched with the aim of training young Filipinos to promote peace and prevent violent extremism (PVE). 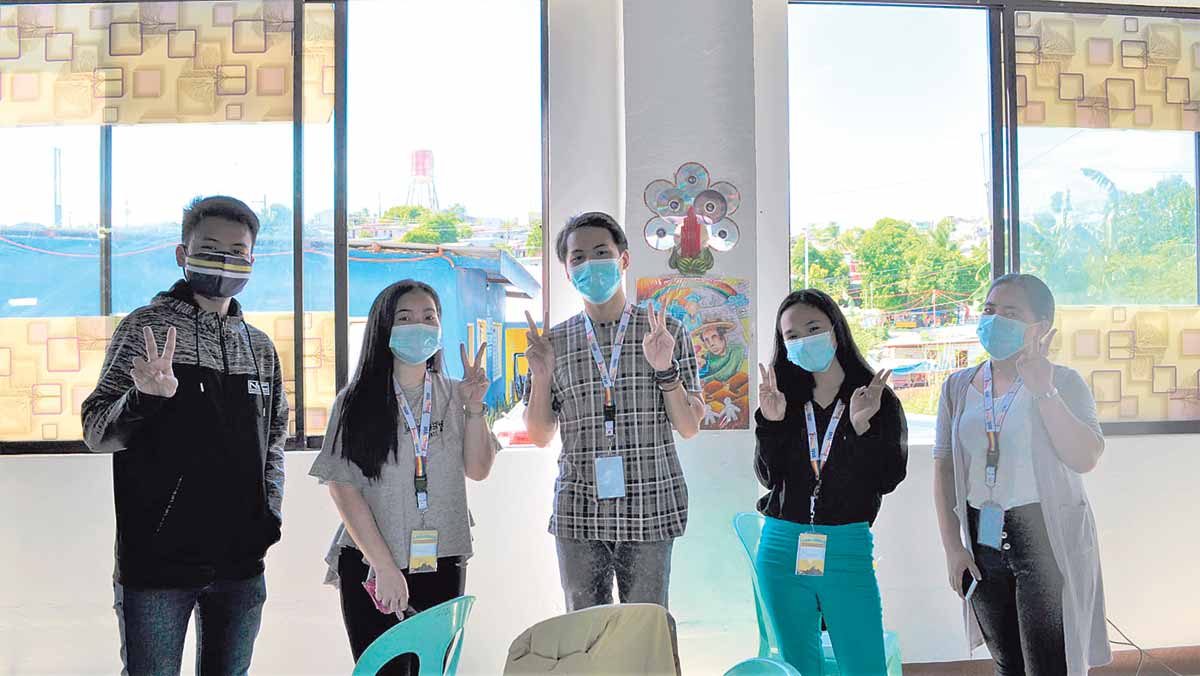 Young people from urban areas in Luzon and Mindanao will be trained on peace-building and project management.

Entitled Extremely Together (ET) Philippines - Panaghiusa, the program is locally led by non-profit organization KRIS and is part of a larger project to strengthen the capacities on peacebuilding of youth and civil society organizations (CSOs) in South and Southeast Asia.

“According to the Global Terrorism Index 2020, the Philippines is 10th in the list of countries affected most by terrorism. It’s a problem that has been going on for the past decades and will continue to affect the lives of millions of Filipinos if left unchecked,” said Arizza Nocum, President and Co-Founder of KRIS.

“Through Extremely Together Philippines, what we aim to do is to empower young people with the knowledge, tools, network, and support they need to be peacebuilders in their own communities. We can’t address these old and lasting problems with the same solutions again and again. We have to let young people think outside the box, use their creativity, and lead, especially because they know their peers best,” she added.

As part of ET Philippines - Panaghiusa, young people from urban areas in Luzon and Mindanao will be trained on peace-building and project management. Following the training, participants are given the opportunity to submit project proposals on the theme of the training program and may receive grants of at least P30,000.

“We have particularly targeted Manila and surrounding areas, Davao City, Zamboanga City, Marawi City, and Jolo, Sulu since these are areas that have been hit hard by violent extremism and conflict. There are many young people in these areas who are particularly vulnerable to both recruitment to violent groups and to the impact of extremism, and we want to help them understand their own contexts and think of specific solutions that would help them and those around them,” Nocum shared.

From January 28 to 30, ET brought another 50 youth together from the National Capital Region and other provinces in Luzon for a digital training series in collaboration with the Online SDG Youth Action Forum (OSYAF).

From this Luzon cohort, three groups with the best proposals on peace-focused projects will be recognized and will be awarded seed grants funded by the EU.

“What we offer with Extremely Together is participation not just in a local or national movement but in a larger, global alliance. The young people we’ve trained today are now members of a family that reaches as far as Pakistan, Bangladesh, Uganda, Somalia, and more. And that family has one objective: make the narrative and actions that promote peace larger and more visible to drown out those that promote conflict and extremism,” Nocum explained.

ET Philippines is the product of the Kofi Annan Foundation’s youth-led Extremely Together program. Launched in 2016, the global ET initiative has presence in Asia, Africa, and Europe, and has produced a toolkit on PVE and organized conferences and sessions for young people worldwide.

The regional ET initiative supported by the European Union is made possible through the participation of KRIS in the Philippines, the College of Youth Activism and Development (CYAAD) in Pakistan, and the Global Community Engagement and Resilience Fund (GCERF) in Bangladesh.

Established in 2008, KRIS started by building libraries, providing scholarships, and donating educational materials to schools in areas affected by conflict and poverty in the Philippines. Today, KRIS is focused on building the capacities of young people on peacebuilding, providing online and offline platforms to promote positive values of unity and empathy, and empowering young Filipinos through leadership and education.