Rescuers worked through the night using cranes to pluck injured survivors from the wreckage after the fatal crash late Wednesday in West Java's Sumedang district.

The bus carrying 66 passengers was travelling on a winding, poorly lit road when it plunged down the 20-metre (65 foot) ravine, authorities said.

The driver and teenage passengers were among the dead, while 39 survived the accident. 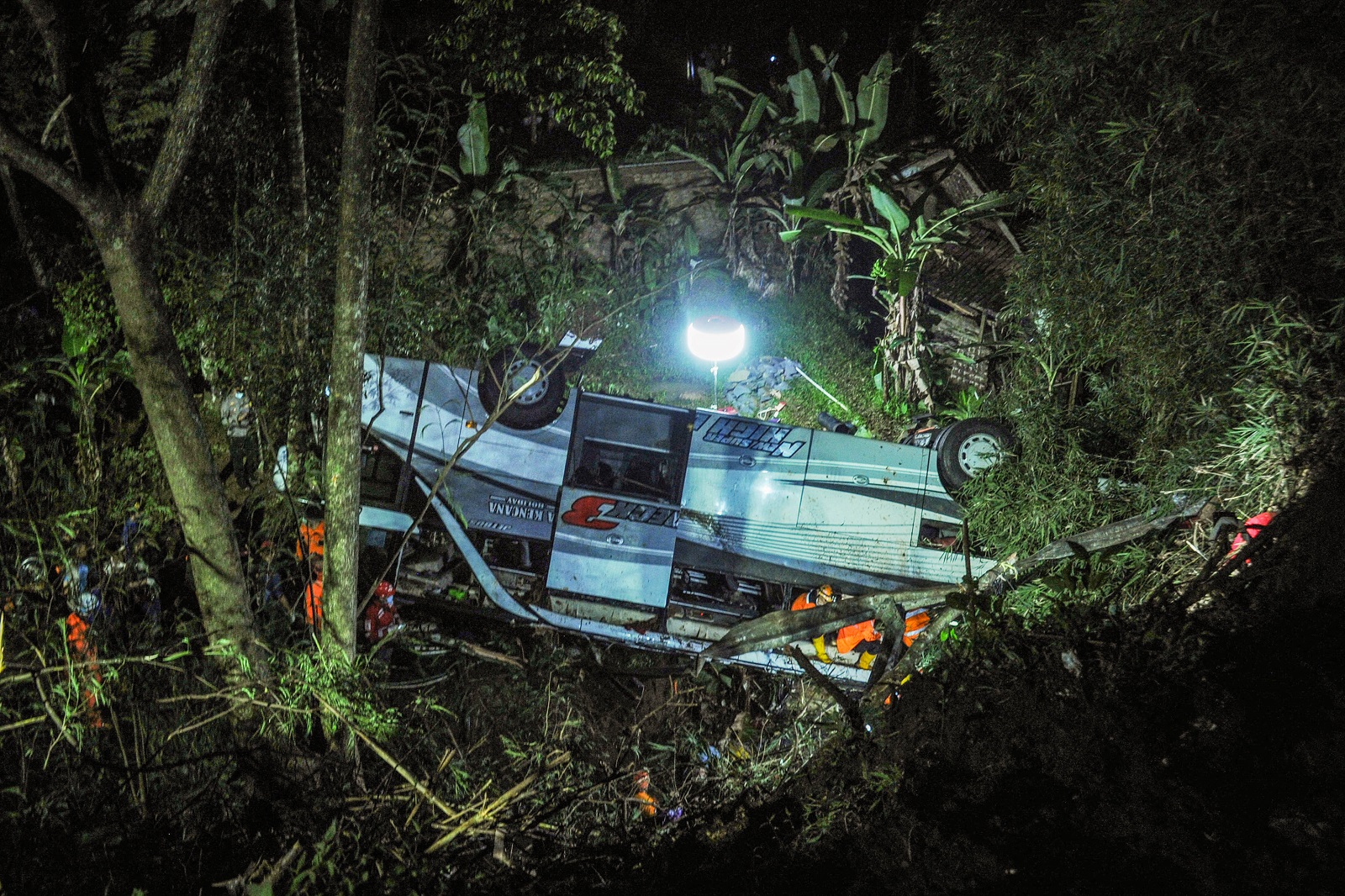 This picture taken on March 10, 2021 shows rescuers evacuating victims of a bus accident that plunged into a ravine in Wado subdistrict, in Sumedang, West Java, which claimed 27 lives. AFP PHOTO

Authorities said they were probing the accident's cause.

The bus was returning to the town of Subang from a religious pilgrimage site in West Java.

Traffic accidents are common in the Southeast Asian archipelago, where vehicles are often old and poorly maintained and road rules regularly flouted.

In late 2019, at least 35 people were killed when a bus plunged into a ravine on the island of Sumatra.