In an unprecedented move, DITO Telecommunity Corporation, the country’s third major player in the telecommunications industry heralded its entry into the market by announcing that it is providing free call and text as well as broadband services to 3,000 frontliners in 10 areas in Visayas and Mindanao, with the help of local government units as a way of strengthening its commitment of nation-building and partnership with the Filipino people. 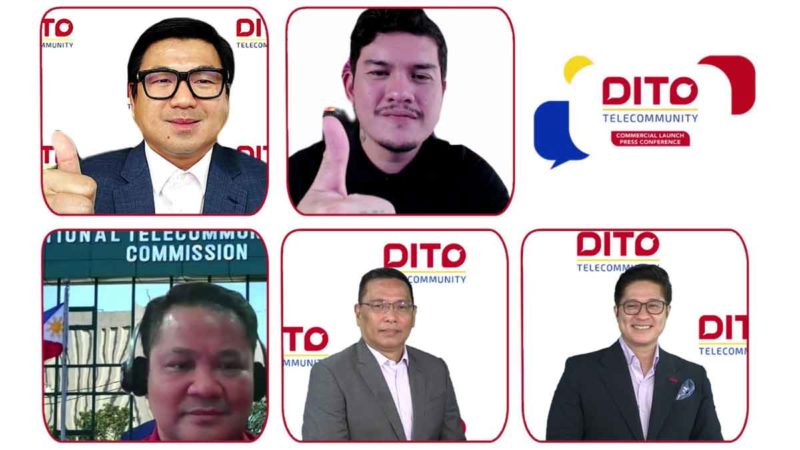 This announcement, capped by a ceremonial turnover to Davao City Mayor Sara Duterte Carpio and Davao City Vice Mayor Sebastian Duterte as 300 frontliners of the city were named as the first beneficiaries out of the 3,000 targeted frontliners became the highlight of the commercial launch virtual press conference held on March 8, 2021.

In his opening statement, Santiago recounted how at the beginning critics of the initiative said that building a network in more than a year was a fool’s errand, that it was bound to fail, that it simply could not be done, especially as the Covid-19 pandemic hit at a crucial juncture in the network rollout.

However, just a few weeks before the commercial launch, DITO’s services far exceeded the required benchmarks of the first government-mandated audit. The audit findings showed that DITO demonstrated an average speed of 85.9 Mbps for 4G and 507.5 Mbps for 5G with a population coverage of more than 37 percent – important indicators that point to the brand’s readiness to fulfill its mandate of bringing world-class connectivity to every Filipino.

“As we begin our commercial launch, all I can say is that there is more work to be done and together, we will succeed and make a difference in transforming the landscape of Philippine telecommunications,” the DITO CTO stressed.

Public-private cooperation a triumph of the Filipino people Messages from the two main regulating bodies recognized the spirit of partnership that DITO has demonstrated to become a true partner in nation-building and in bringing better access to communications technology to the Filipino people.

Sec. Honasan reiterated the importance of having the telecommunications industry to be at par with the rest of the world, in terms of technology, and how the entry of DITO through a transparent and fair bidding has spurred an increase in investments and infrastructure spending in the telecom sector that in the long term will benefit the entire nation.

Commissioner Cordoba further stressed that successful launch of DITO is an example of how cooperation, and active collaboration of government and private entities, will be key to bring about true recovery headed by advancements in the realm of communications and connectivity, and that for him is a triumph of the Filipino people. 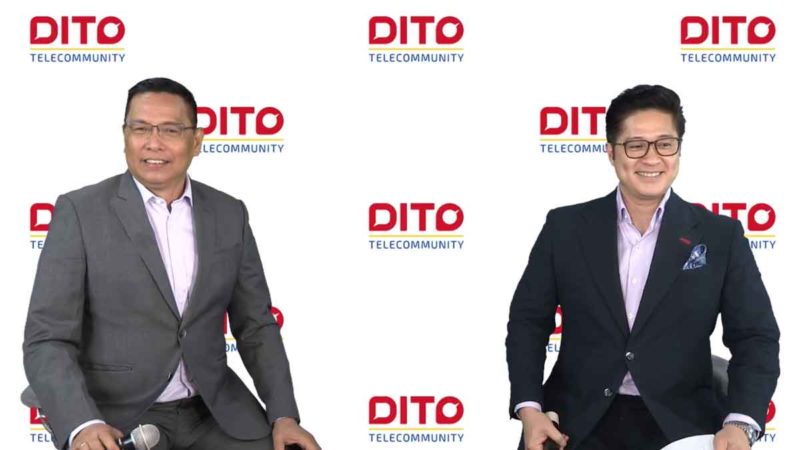 In his statement, Atty. Tamano, who is one of the pioneers of the company, recalled how it all began.

“DITO was born out of a spirit of nation-building,” he declared.

He explained that the rationale for a third telco was to serve the underserved and to provide Filipinos with a better option and a wiser choice.

He further recalled that national leaders believed that without the right ICT infrastructure, without real competition, the Philippines will never reach its full potential as an economic powerhouse.

“This is the genesis of this project, the origins of why DITO was born. This is our why and

“We are here to serve our consumers, to provide world-class telecommunications services to Filipinos, in short, to do whatever it takes, whatever diskarte that we need to do, to deliver our promise of weaving Filipino communities together with stronger and better connectivity,” he added.

The Chief Administrative Officer tied it all in as to the primary reason why instead of a grand launch, DITO’s first commercial act is one that demonstrates the commitment of the country's third telco to build the nation – a provision of free service to 3,000 Filipino frontliners. 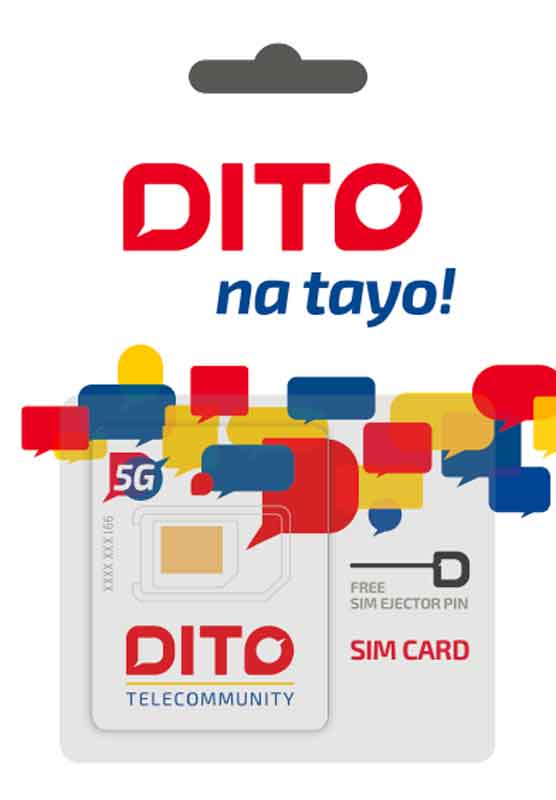 “In the following weeks you will see us rise in various areas of the country. But today, March 8, we first give back to where it all began,” Chairman and CEO Dennis Uy proclaimed.

In this sentimental yet powerful statement, Uy answered the questions in the minds of people as to why VisMin, and when DITO services will reach Luzon and the National Capital Region in spite of the telco’s national network rollout.

He emphasized that the unparalleled launch was a way of paying it forward.

“With this gesture, as a partner in nation-building, we send the message to the Filipino people wherever they may be that DITO is more than just a telco. We are here to serve, and, in this manner, we want the entire country to know na 'DITO na kami, DITO na tayo at magkita-kita tayo diyan very soon,”Uy concluded.

Visit www.dito.ph and www.facebook.com/DITOphofficial for more information on the points of sale, the attractive welcome plan and other details.