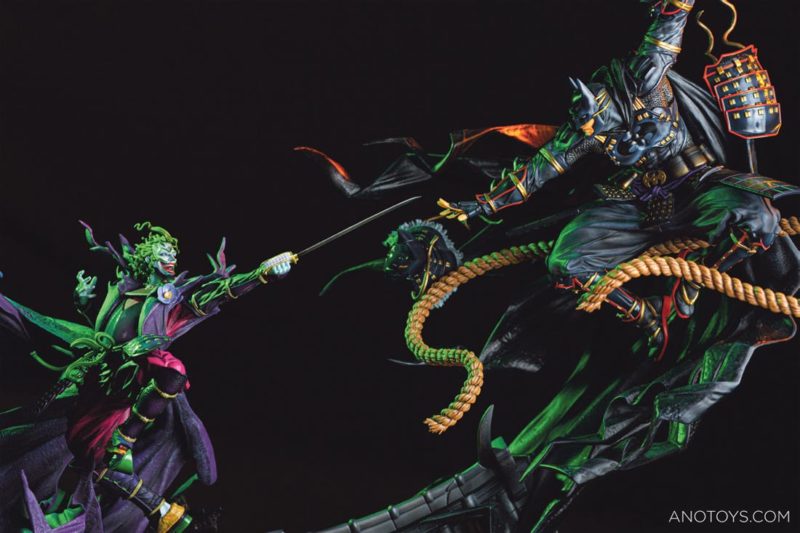 ‘Batman fights the Joker’ is a favorite among the collectible Anotoys action figures. ANOTOYS.COM

Collectors of Anotoys action figures may have been asked several times what drove them to spend money and time to amass such toys. Not always an easy question to answer, as some collectors simply just want to, but this could not pass as satisfactory reason.

For most collectors though, action figures evoke terrific feelings of the past when everything was simpler and good.

“It’s all about harkening to the old days when times seemed better,” a collector said as the real reason of this craziness that remains an ambiguity to noncollectors.

It’s like being transported to a time when everything felt better and less complicated, according to him, “when you had fewer serious responsibilities; and it simply feels great to return to those times.”

There are also those who anticipate profit from their collections, as they consider their “craze” actually investments.

Bought for a few dollars in the past these now cost a lot more – like “Star Wars” action figures, fetching at least $3,000 in auctions and online trades. The original 1978 Darth Vader action figure with the telescoping lightsaber is now worth at least $30,000.

With the investment angle, people who don’t really understand can still find it “sensible.”

Collecting these figures is modern version of stamp collecting, an acknowledged hobby among lots of people, yet not considered strange at all.

In this time of the pandemic, the action figures are reminders of the emotions of bliss when one watched the associated movies and TV shows – like how Luke Skywalker saved Baby Yoda (Grogu), and how Captain America was worthy to wield Mjolnir.

Characters such as Batman and Optimus Prime can be quite evocative, and so can a lot of anime characters.

It also brings a sense of belonging to a community. A collector knows he is part of a fandom of millions who like Star Wars and the Avengers series. That knowledge is very reassuring.