The Eddys and its standard of prestige and excellence 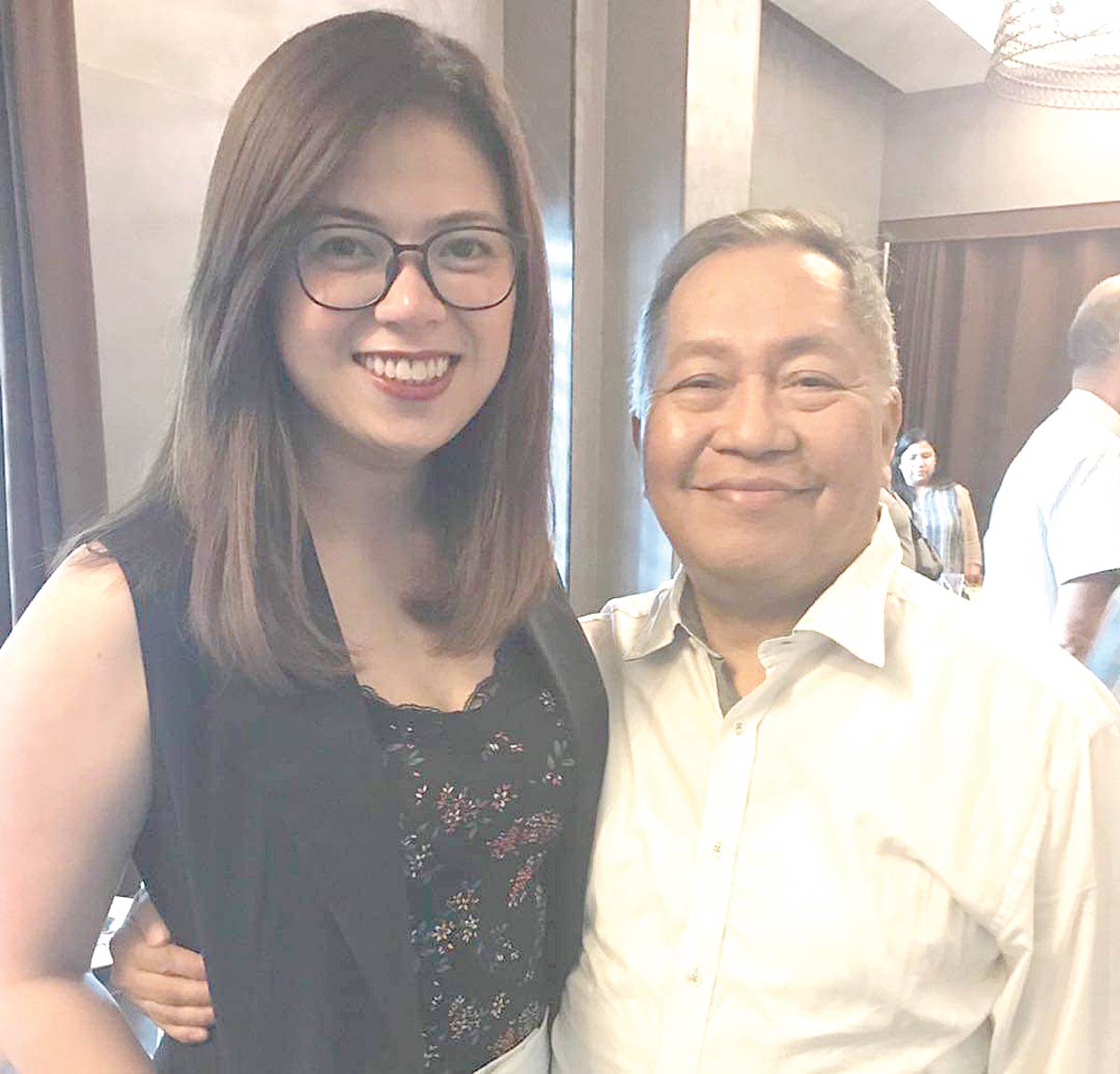 With the late Isah V. Red, the founding president of SPEEd

The livelihoods of freelance film workers have been gravely affected by the pandemic, and the same goes for freelance reporters, writers, photographers, videographers, and other press people.

The Eddys serves as a guiding light in the midst of the bleakness brought about by the pandemic. Instead of giving up, we are still fighting to survive this crisis, hoping to gain inspiration from the triumphs of tonight’s winners at The Eddys.

Through The Eddys, we aim to uplift and encourage industry members by recognizing the best works in Philippine Cinema of the past year so that they may continue to entertain, inspire, and enlighten audiences and, in turn, showcase the immense talents of Filipinos throughout the world.

The national film agency is one with SPEEd in hailing not just the technical and artistic excellence but also the fervid resilience of Filipino filmmakers, artists and talents who chose to persevere amid the pandemic.

The presenters, headlined by Eddys winners Batangas 6th District Rep. Vilma Santos-Recto and Aktor Chairman of the Board Dingdong Dantes, will hand out awards to The Eddys hopefuls in 14 categories.

In its undaunted quest for credibility and integrity, The Eddys has not been revealing its list of winners to concerned individuals prior to the actual awarding. SPEEd, an esteemed group of entertainment editors of major broadsheets and tabloids in the Philippines, has been doing this since 2017 even if it meant that the winners could be absent in the awards ceremony.

This practice of secrecy is commendable as it promotes the importance of attending an awards ceremony not just for the possibility of winning, but more importantly, to show solidarity with the industry in celebrating the triumphs of the film community.

It was an honor and pleasure to be at The Eddys prerecorded awarding ceremony, and it was made more touching by the launch of the Isah V. Red (IVR) Award in memory of SPEEd’s late founding president.

The venerable, curious and witty Isah Red was an icon among press people. As SPEEd’s founding president, he envisioned the group to be an active contributor to the betterment of society.

Hence, the IVR Award will be given to outstanding members of our entertainment community who have supported our citizens affected by the pandemic lockdown. This special award is all about service, and it will be bestowed on Sen. Ramon “Bong” Revilla, Jr., Angel Locsin, Kim Chiu, Ramon Ang, Rei Anicoche-Tan and Claire de Leon-Papa.

The spirit of service is at the heart of The Eddys. When members of the press write about films that provoked and dazzled them, report on an awesome performance of an actor, or feature shifts in beliefs after seeing a movie, these become part of the conversation that fuels the movements in our industry.

American media mogul Rupert Murdoch said, “Great journalism will always attract readers. The words, pictures, and graphics that are the stuff of journalism have to be brilliantly packaged; they must feed the mind and move the heart.”

Information truly empowers us. This is the service that journalists infuse into our lives. When something adds, augments, improves, promotes, or uplifts, that is served in its truest sense. This is the service wonderfully rendered by Isah, and his legacy is being carried on by SPEEd.

Other sterling awards will be handed out tonight to some celebrated members of our community. Gone but never forgotten, legends Peque Gallaga, Tony Mabesa, Menggie Cobarrubias, Ramon Revilla, Sr. and Tony Ferrer will be given posthumous recognitions.

As for The Eddys Special Awardees, they are columnist and television and radio host Lolit Solis for the Joe Quirino Award, entertainment columnist Mario Bautista for the Manny Pichel Award, Blacksheep Productions for the Rising Producers’ Circle, and The IdeaFirst Company as Producer of the Year.

FDCP and The Eddys through the years

The members of the entertainment media are instrumental in promoting the FDCP’s initiatives as well as the developments in the film industry, and SPEEd has taken the extra mile by holding the annual Eddys awards ceremony.

The inaugural Eddys in 2017 was a success as it brought back the glitz and glamour in awards ceremonies with an amazing nominees list and an astounding production.

In 2018, a grander Eddys was held involving more partners, including the FDCP. Collaborations between SPEEd and FDCP included The Eddys Nominees Night and free screenings of Mikhail Red’s “Birdshot” and Julius Alfonso’s “Deadma Walking,” both Best Film nominees, during the FDCP Basic Workshops on Filmmaking.

However, in 2020, The Eddys was cancelled due to the pandemic. Inasmuch as SPEEd wanted to recognize the best of Philippine Cinema, it chose to focus resources to provide assistance to marginalized groups and frontliners. This announcement was made through a statement that ended firmly with “Together we will rise.”

True enough, here we are in the following year with the first virtual edition of The Eddys that is in partnership once more with the FDCP. Partnerships like this prove that it is only through unity and cooperation that we can make things happen.

As the industry is still on the road to recovery due to the Covid-19 situation, let us celebrate the achievements of Philippine Cinema tonight on the FDCP Channel in hopes of drawing motivation from notable Filipino film artists.

Congratulations not only to this year’s Eddys nominees and winners, but also to the whole film industry for standing its ground and exerting efforts to stay afloat in the midst of challenging times.

May The Eddys inspire us to continue to diligently work hand in hand in anticipation of better days for the Filipino film industry.