Erap on ventilator as condition worsens

FORMER president Joseph “Erap” Estrada’s condition has worsened, and doctors had to use a machine to help him breathe, his son confirmed on Tuesday. 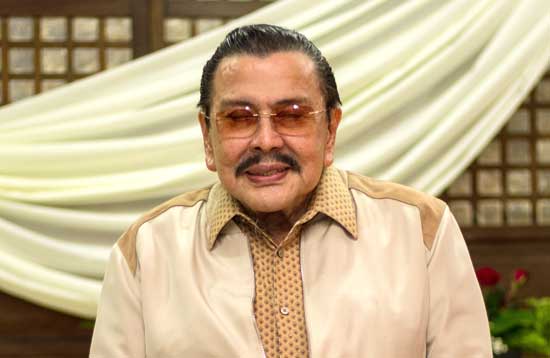 Former senator Jose “Jinggoy” Estrada said his father’s pneumonia worsened more than a week after he tested positive for Covid-19.

“Yesterday, my father’s condition suffered a setback as his pneumonia worsened,” he said on Facebook.

This prompted doctors to place his father on a ventilator.

“This was done to improve oxygen delivery as well as to prevent the tiring of his respiratory mechanism,” he noted.

“My dad was recuperating very well the past few days when suddenly it shifted yesterday when his pneumonia worsened, thus the need to use a ventilator,” he said in a Facebook post.

Estrada, who also served as vice president and mayor of Manila and San Juan cities, was rushed to the Cardinal Santos Medical Center in San Juan City on March 28.

On Monday, Jinggoy said his father was moved to the intensive care unit for closer observation.”

“My father has always been a fighter and I hope that with the help of your prayers he will win this battle,” he said.