Vaccine czar Carlito Galvez Jr. on Tuesday warned that another virus surge might occur in June or July as the Philippines continues to log a high number of new infections daily.

“We have to expect na this coming June and July, baka magkaroon na naman tayo ng peaking or surge (we might have another peaking or surge),” Galvez said in a television interview. 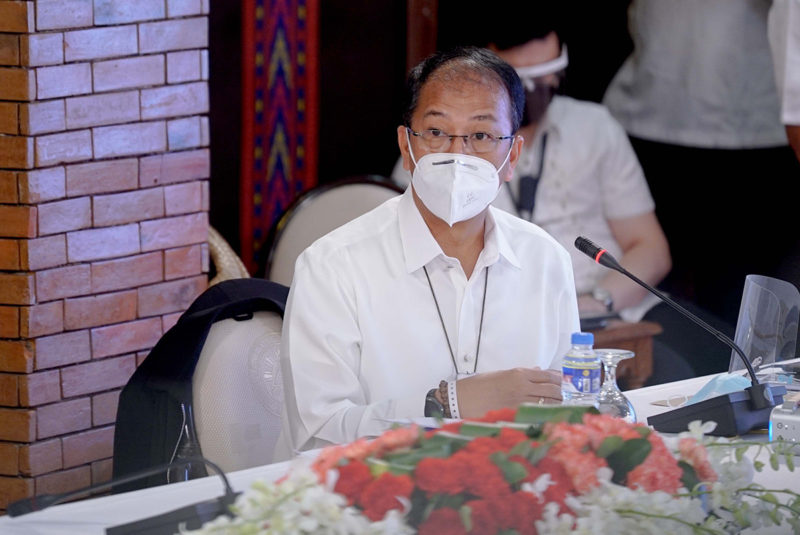 “Ang nakita po natin, hindi pa po tapos ang Covid. Nakita po natin, the wrong notion na (What we see is that Covid-19 is not yet done. We see that there is a wrong notion that) Covid is finished in some other countries. It can reappear anytime. We have to expect for the worse when we are planning something. We are now preparing for it, just in case,” he added.

Galvez cited the “cycle” of infections in urbanized areas like Metro Manila, Cebu and Bacolod City during the first wave of the coronavirus disease 2019 (Covid-19) in the country last year.

“Until such time that there is already a definite cure or definite elimination for the Covid, that’s the time we will see ‘yung economic recovery,” he said.

Galvez, chief implementer of National Task Force Against Covid-19, said that there were various Covid-19 variants and the efficacy of vaccines would be determined six to nine months after the start of the vaccination program rollout.

He admitted that hospitals around the country were running out of intensive care unit (ICU) beds for critical Covid-19 patients as the cases continued to rapidly increase.

During a meeting with President Rodrigo Duterte on Monday, Galvez said at least 2 percent of all active cases were critical, and the government needed to provide 600 additional ICU beds in Metro Manila.

There are only 1,395 ICU beds in the National Capital Region. The government plans to add 1,350 regular beds for those with moderate and mild symptoms, as well as for those who are asymptomatic.

As of April 12, data from the Department of Health showed that there were 157,451 active cases, of which 0.5 percent were critical and 0.6 percent severe.

To address the shortage, Galvez said the government and local government unit hospitals and temporary treatment and monitoring facilities have committed to build more beds to accommodate more patients.

Meanwhile, former Social Welfare secretary Dr. Esperanza Cabral said that the only way for the country to escape the pandemic is to vaccinate millions of Filipinos to achieve “herd immunity.”

She lamented that the testing, tracing, isolation and treatment response of the government was “very poor.”

She urged the government to combat vaccine disinformation, multiply vaccine champions and influencers, and activate communities.

She also urged the government to correct the deficiencies in the health system, as Filipinos tend to trust private health services more than a government health facility.

“For the longest time, we have underinvested in health services in the public system. It is...time we do something about [it],” she added.

Financing for the government’s Covid-19 response soared to $15.49 billion (over P752 billion) as of April 8, the Department of Finance (DoF) said on Tuesday.

“In addition, grant and loan financing amounting to a total of $2.14 billion have been contracted in support of various projects to be implemented by agencies involved in Covid-19 response,” the DoF added.

WITH RED MENDOZA AND MAYVELIN U. CARABALLO