The Philippine government expects the arrival this year of some 20 million doses of vaccines from Russia’s Gamaleya Research Institute of Epidemiology and Microbiology, vaccine czar Carlito Galvez Jr. said on Tuesday. 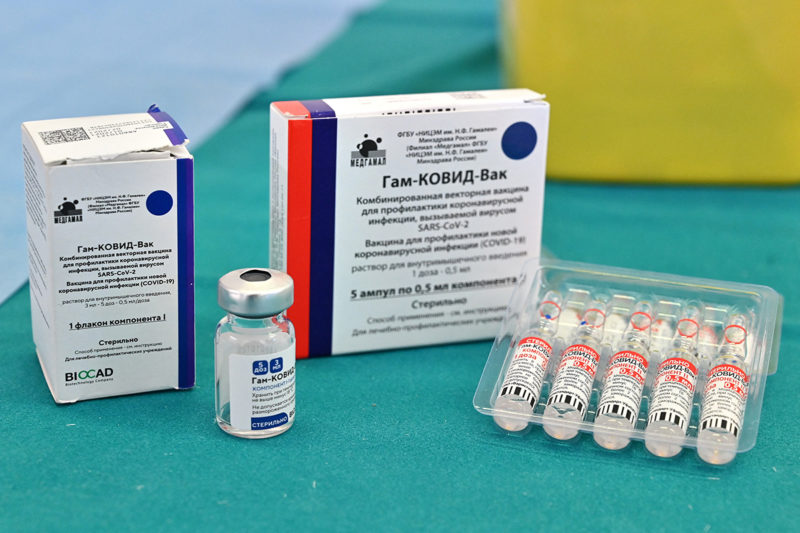 Galvez said the initial 500,000 doses of Sputnik V would be delivered in April.

The vaccines, according to him, might be used for senior citizens as the supply of AstraZeneca vaccines has run out.

The vaccine will be priced below $10 each.

Gamaleya secured an emergency use authorization for its vaccine from the Food and Drug Administration last March 19.

The country is also expecting the arrival of up to 40 million doses of Pfizer-BioNTech vaccines.

“Pfizer is giving us 40 million [doses].... They are offering the original contract with a very lower price,” Galvez said.

He expressed confidence that the vaccines from Pfizer-BioNTech will start arriving once the United States government finishes inoculating its citizens by July.

On Tuesday, President Rodrigo Duterte and Russian President Vladimir Putin pledged to spare no effort to combat the pandemic.

The two leaders had a “productive” telesummit, Malacañang said in a statement.

enhance cooperation as the Philippines and Russia commemorate the 45th anniversary of diplomatic relations this year and vowed to cooperate in the fight against Covid-19,” the Palace said.

“The President thanked President Putin for Russia’s commitment to bolster cooperation in various areas, including in combating the Covid-19 pandemic,” it added.

The Palace said the two leaders “discussed the global and regional vaccine landscapes, noting that vaccines such as Russia’s Sputnik V must be mobilized to as many countries as possible.”

“President Duterte and President Putin underscored the need for continuing and strengthened collaboration to defeat the Covid-19 pandemic,” it added.