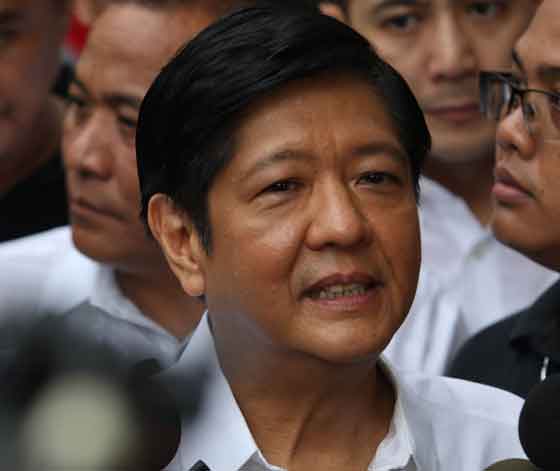 The Supreme Court, sitting as the Presidential Electoral Tribunal (PET), dismissed the election protest but only eight justices concurred with the ruling penned by Justice Marvic Leonen.

The PET rules allow Marcos 10 days to file a motion for reconsideration. Until Marcos submits his motion, the ruling is not considered final and executory, according to then-Chief Justice Diosdado Peralta in his separate opinion against the ruling.

Peralta said the revision of ballots is entirely and distinctly separate from the annulment of elections, the third cause of action presented by Marcos.

He said PET’s Rule 65 protest shows that the Leonen ruling did not fully address the demands for seeking the annulment of election results.

Rule 65 “cannot be used to justify the dismissal of protestant’s plea for the annulment of election results in Lanao del Sur, Maguindanao and Basilan,” Peralta said.

He said Justice Samuel Gaerlan was correct in recommending that the tribunal use the Rules of Court and past Supreme Court decisions to facilitate the annulment of election results.

He argued an election protest is not like any ordinary legal case because it is imbued with public interest.

In his ruling, Leonen said there were not enough election returns that were recovered to merit a recount.

The PET voted on the Leonen ruling on February 16 but the result was released on April 19.