PALM HARBOR, Florida: Sam Burns kept piling up birdies on Friday (Saturday in Manila), turning a solid start into a great round of 8-under 63 for a share of the lead in the Valspar Championship. 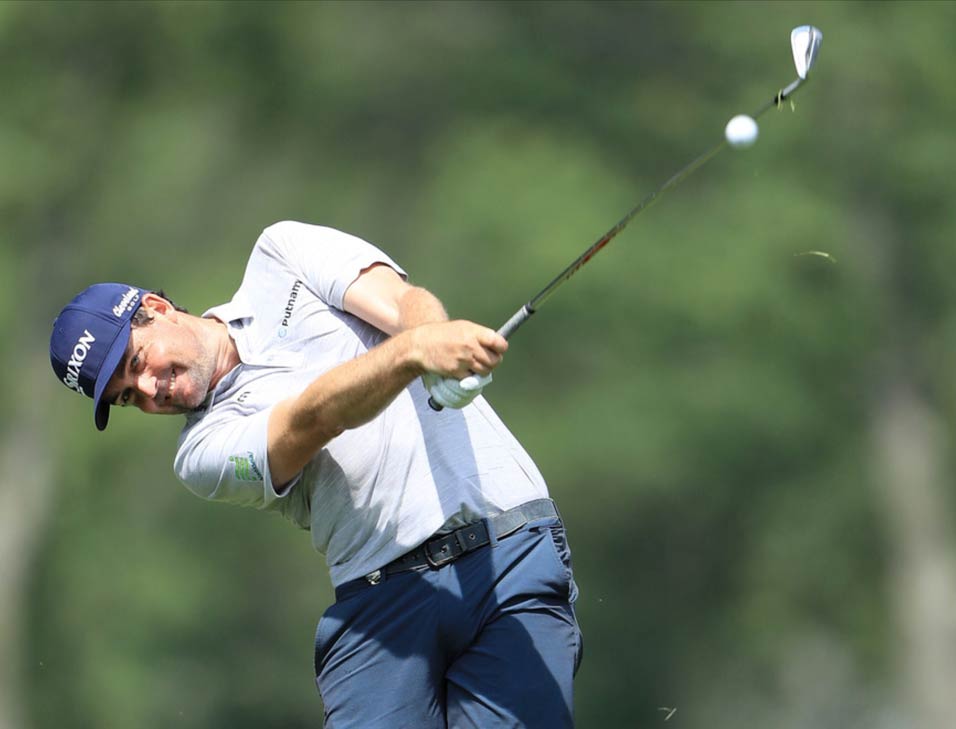 Keegan Bradley got there with one shot.

Bradley ended his round by holing out for eagle from 100 yards in the ninth fairway over a deep bunker to the elevated green. The shot left him guessing until he saw the fans jump out of their seats. That gave him a 66 and the best uphill walk at Innisbrook.

“I turned a good day into a great day,” Bradley said. “Man, it was a fun day. And what a way to finish. It was a blast.”

Bradley and Burns were at 12-under 130, and their play in the steamy afternoon on the Copperhead course gave them a little separation starting out the weekend.

Bradley, whose longest par putt was 4 feet in his bogey-free opening round, opened with two quick birdies before coming up short of the green on the 12th hole and making his first bogey. Birdies were hard to come by the rest of the way, but he made up for it with one swing.

Maybe not for Phil Mickelson. The five-time major champion said he was struggling to keep his focus or to regain his focus after distractions in the gallery such as a phone ringing. He bogeyed two of his last three holes for a 69 to miss the cut by one shot.

Burns had a few key par saves early in his round, and he took off after making the turn. He holed an 18-foot birdie putt on No. 10, reached the par-5 11th in two for a birdie and then, holed a bunker shot on the 12th.

Burns had a one-shot lead after 54 holes in the Houston Open in November and closed with a 72 to tie for seventh. He had a two-shot lead at Riviera going into the last round and shot 69 to finish one shot out of a playoff won by Homa.

Homa still has plenty of confidence from his win two months ago at Riviera, and it shows. He doesn’t feel as though any part of his game is out of order, and his putting has been superb. Homa has made five putts of 25 feet or longer.

And his short track record at Innisbrook — three appearances, three missed cuts and all six rounds over par — is a distant memory that comes with a simple explanation.

Among those at 7-under 135 were Sung-jae Im, one of the best iron players on tour at a course renowned for rewarding good ball-strikers, and past Innisbrook winner Charl Schwartzel.

Due to the great finishes of Burns and Bradley, the top two players have their work cut out for them. Dustin Johnson (68) was nine shots back while Justin Thomas (71) was 10 behind.