Preserving the past, shaping the future

The Philippines has a vast cinematic heritage spanning more than 100 years. Yet, about 65 percent of this has been lost or destroyed, and whatever is left that’s unpreserved is exposed to damage and deterioration each day. 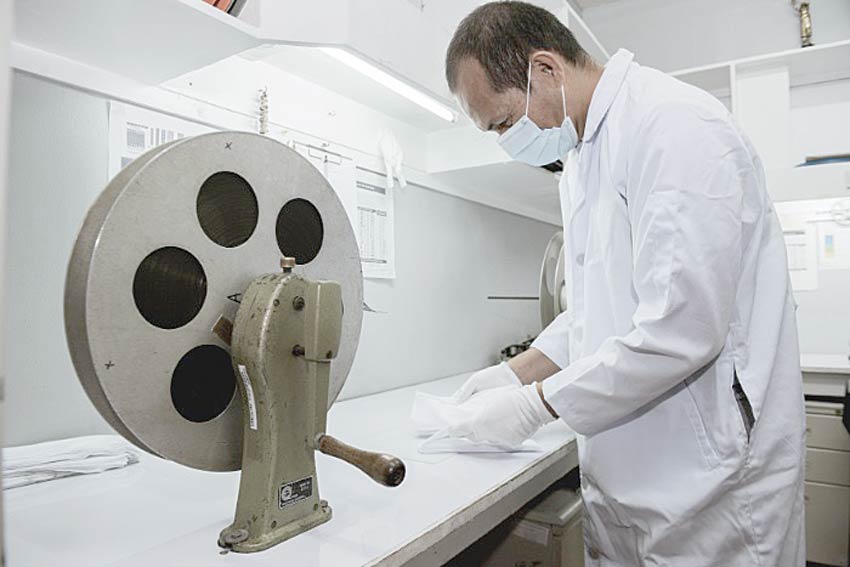 Film archiving is the mandate of the Philippine Film Archive, a division under the FDCP.

The good news is that the creation of a Technical Working Group (TWG) was approved by House Special Committee on Creative Industry and Performing Arts Chairman and Pangasinan 4th District Rep. Christopher de Venecia and House Committee on Public Information Chairman and Cagayan 3rd District Rep. Joseph Lara. The TWG is tasked to craft the substitute bill to five proposals pushing for the establishment of the National Film Archive of the Philippines.

Rep. De Venecia noted that “preservation and archiving are linked to our national identity, and they safeguard historical moments.” At the same time, Rep. Lara mentioned that “the committee recognizes the important role of audiovisual and cinematographic works in the preservation of our culture and heritage as well as the need to safeguard them.”

Building the future while preserving the past

Giving importance to our cinematic heritage is not just about safeguarding the past. It is also about shaping the future to ensure that the next generations will have access to our film history.

The PFA has been working on this by improving its processes according to international standards, attending various training sessions, and joining international networks such as the Southeast Asia-Pacific Audiovisual Archive Association (Seapavaa) and International Federation of Film Archives (FIAF).

The PFA renewed its Seapavaa membership in 2017, while just recently, it leveled up at the FIAF from being an observer to becoming a member. It was such a thrill to hear and read “Philippine Film Archive, an Associate Member of FIAF” on April 22 when the executive committee presented the FDCP PFA during the General Assembly.

The arduous journey to become a FIAF member is so worth it. The PFA, which exerted efforts to comply with the rigid requirements for a functioning film archive, has finally gained more access to knowledge sharing and best practices from the world’s leading non-profit archiving institutions.

Founded in 1938, the FIAF is dedicated to the preservation of and access to the world’s film heritage. As of April 2021, it has 171 member institutions from 79 countries in its community that champions the film preservation movement.

The ongoing efforts for creating a national film archive and PFA’s inclusion in the FIAF are great strides towards improving Philippine archiving. Big congratulations to the PFA for these milestones are fruits of their commitment, passion and hard work.

Many thanks as well to the groups and individuals who have extended their support to the PFA. We have learned a lot from the French Film Archive, Filmoteca Española, Fukuoka Film Archive, National Film Archives of Japan, Cinemateca Portuguesa, Cinémathèque Suisse, Ritrovatta, and the Korean Film Archive, as well as local institutions such as the ABS-CBN Film Restoration Program and UP Film Institute.

We are also grateful for the guidance and encouragement of PH Cinema icons Nick Deocampo and Teddy Co. Sir Nick, an acclaimed film historian, scholar, and filmmaker, expressed his congratulations upon learning about the PFA’s membership in FIAF. “Our film heritage needs a lot of archival support,” he added.

Sir Teddy, a director, curator, and archivist, also congratulated the PFA. “We’ve lost so many films already, but now the Film Archives will take the lead in preserving our valuable film heritage,” said the former National Commission for Culture and the Arts (NCCA) Commissioner of the Arts and Head of National Committee on Cinema.

This is a collective effort by all those who championed our film and audiovisual heritage. We at the FDCP are humbled to be allowed to find institutional partners who can help us continue with our archiving mission, which includes the establishment of a permanent storage facility and lobbying for policies that will empower the Agency as we continue to realize the full potential of our mandate.

As there are more milestones to achieve, we are seeking additional funding now because an increased budget for archiving will help sustain and expand the initiatives and programs that we already have in place.

Apart from upgrading our systems and preparing to build a permanent archiving facility, the PFA must continue with its restoration efforts even amid the pandemic. Of the over 23,000 elements in the PFA collection, there are 47 works by our National Artists for Film. Seven of these have been restored, while the rest are included in the priority restoration list for the months and years to come.

Let us continue to support the PFA and other Philippine archiving institutions in their quest to preserve and promote our nation’s historical, cultural, and artistic heritage. A thriving film heritage is crucial for Filipinos to fully appreciate and be enriched by our audiovisual history — not only by looking back but also by integrating the moving image of the past into contemporary life.