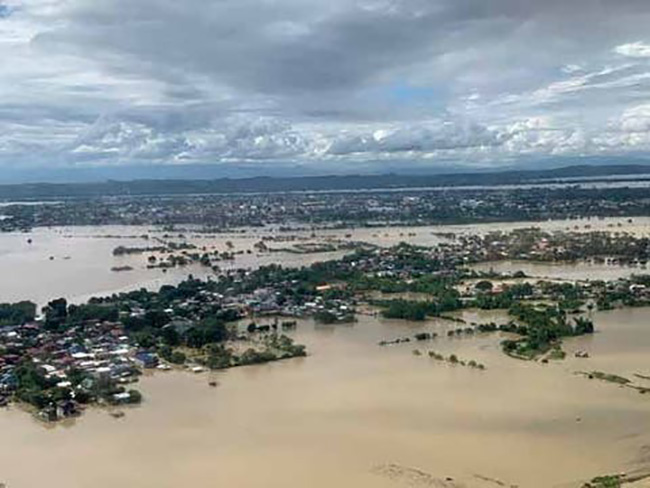 Lack of forest cover in parts of Cagayan Valley can worsen flooding during heavy rains and storms, like what happened last November in Cagayan province. THE MANILA TIMES FILE PHOTO

In a report released on Thursday, it identified rising sea levels, droughts, floods and wildfires as physical climate risks.

From a sovereign credit perspective, the debt watcher said weaker economic activity due to increasingly frequent climate-related events will weigh on fiscal revenue and may lead to an increase in transfer payments and welfare expenditures, particularly in the event of

Many countries are also exposed to at least one climate hazard.

For instance, the average flood score for EMs is near the 53rd percentile globally, above the 41st percentile average for AEs. In other words, the average EM has more of its population, gross domestic product and agriculture exposed to flooding risk more than 50 percent of the world’s countries.

“EMs in APAC (Asia-Pacific) stand out for their exposure to flood risk, which is highest in Cambodia, the Philippines and Thailand,” Moody’s pointed out, adding these EMs score above the 95th percentile globally.

The credit rater added the quality of a country’s infrastructure is also likely to influence sensitivity to climate change since low quality infrastructure may be more severely damaged, hindering recovery from natural disasters.

Similarly, it said the size and resource capacity of a country’s health care system are likely to partly determine the social and economic impact and speed of recovery from climate-related shocks.

Lastly, Moody’s said institutional constraints still exist despite the diverse set of adaptation measures undertaken by many sovereigns to boost the climate resiliency of their economies.

Some of these constraints include the lack of budget and technical capacity to introduce and employ environmental monitoring processes and related strategies.

“Overall, many adaptation strategies have yet to be tested. As such, it remains unclear if the scale of individual country adaptation efforts, as well as the funding available for them, match a given country’s adaptation needs, which can be large for the most climate- vulnerable sovereigns,” Moody’s said.