Despite claims China has withdrawn a significant number of vessels from Philippine waters, a government task force overseeing the West Philippine Sea (WPS) reported the presence of nearly 300 Chinese vessels mostly in the Kalayaan Island Group. 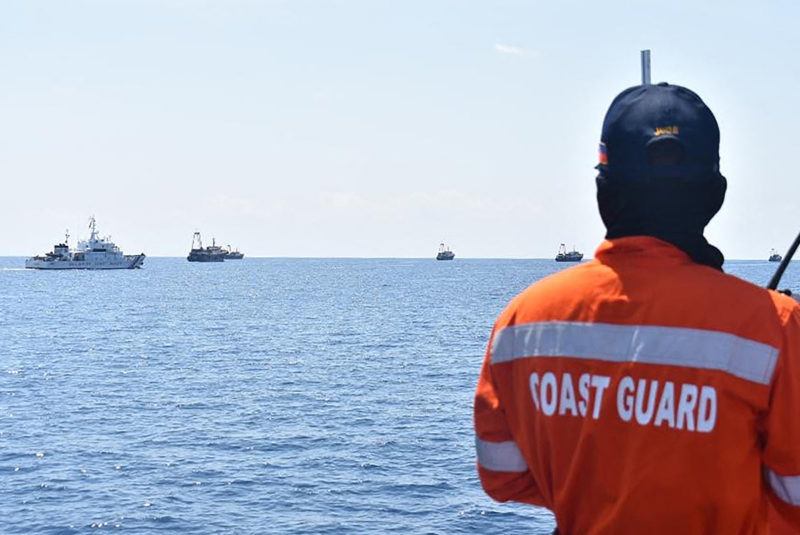 Majority of the Chinese vessels spotted were in China-built artificial islands “while some were observed near islands occupied by the Philippines,” Esperon said in a statement.

During maritime patrols on May 9, two militia vessels and two Hubei-class warships, believed to be armed with missiles, were spotted inside the Mischief (Panganiban) Reef, which the Chinese occupied in the mid-1990s and where fisherfolk shelters were built.

Chinese maritime militia vessels were also seen at Lawak (Nanshan) Island and the Ayungin (Second Thomas) Shoal, where Esperon said a Chinese Coast Guard ship was also sighted on May 7.

From May 3 to 10, Esperon said an average of four Chinese Coast Guard ships were at Panatag (Scarborough) Shoal. Two Chinese maritime militia vessels were also observed to be harvesting shells within the shoal’s lagoon.

“Notably, a daily average of 10 Filipino fishing boats were seen fishing inside Bajo de Masinloc lagoon for the period of May 7 to 9, 2021,” Esperon said.

One Chinese Coast Guard vessel was sighted each at Pag-asa (Thitu) Island and the Ayungin Shoal.

In addition to the May 9 patrols, Esperon said they spotted 14 Chinese ships and a Chinese Coast Guard ship positioned off the main Pag-asa Island.

A total of 16 were at Zamora (Subi) Reef while 24 Chinese maritime militia ships,

accompanied by a Chinese Coast Guard ship, were near Pag-asa Island showing no visible activity.

“The Philippine Coast Guard (PCG) and the Bureau of Fisheries and Aquatic Resources are coordinating their efforts under the [PCG’s] Task Force Pagsasanay and deployed PCG BRP Malapascua (MRRV-4003), BFAR MCS 3001 and 3008 at the Municipality of Kalayaan, while PCG’s BRP Sindangan (MRRV-4407) and BFAR MCS 3005 are covering the area of Bajo de Masinloc,” he explained.