THE Philippine ships in the West Philippine Sea will not move an inch backward, President Rodrigo Duterte said following reported incursions by nearly 300 Chinese militia vessels in the disputed territory.

Despite his pronouncement, Duterte also reiterated that he does not want a quarrel with China. 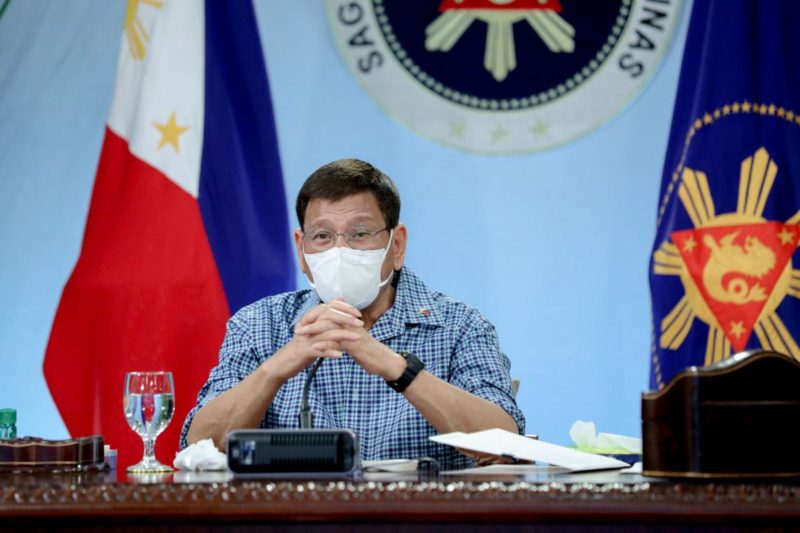 A look at the meeting presided by President Rodrigo Duterte on May 13, 2021 at the Malacañang Gold Clubhouse from the Malacañang Park in Manila. Key statements made by the President is the announcement of the downgrading the quarantine measure from modified enhanced community quarantine to general community quarantine with heightened restrictions. The from the meeting, the country also expands travel ban to Oman, UAE as it also extends travel restrictions on India and other countries until May 31. PRESIDENTIAL PHOTO

Maritime authorities on Wednesday reported that there were 287 Chinese maritime militia vessels scattered in the Philippines’ exclusive economic zone in the West Philippine Sea.

Foreign Affairs Secretary Teodoro Locsin Jr. on Wednesday ordered the filing of another diplomatic protest against Beijing over the recent incident.