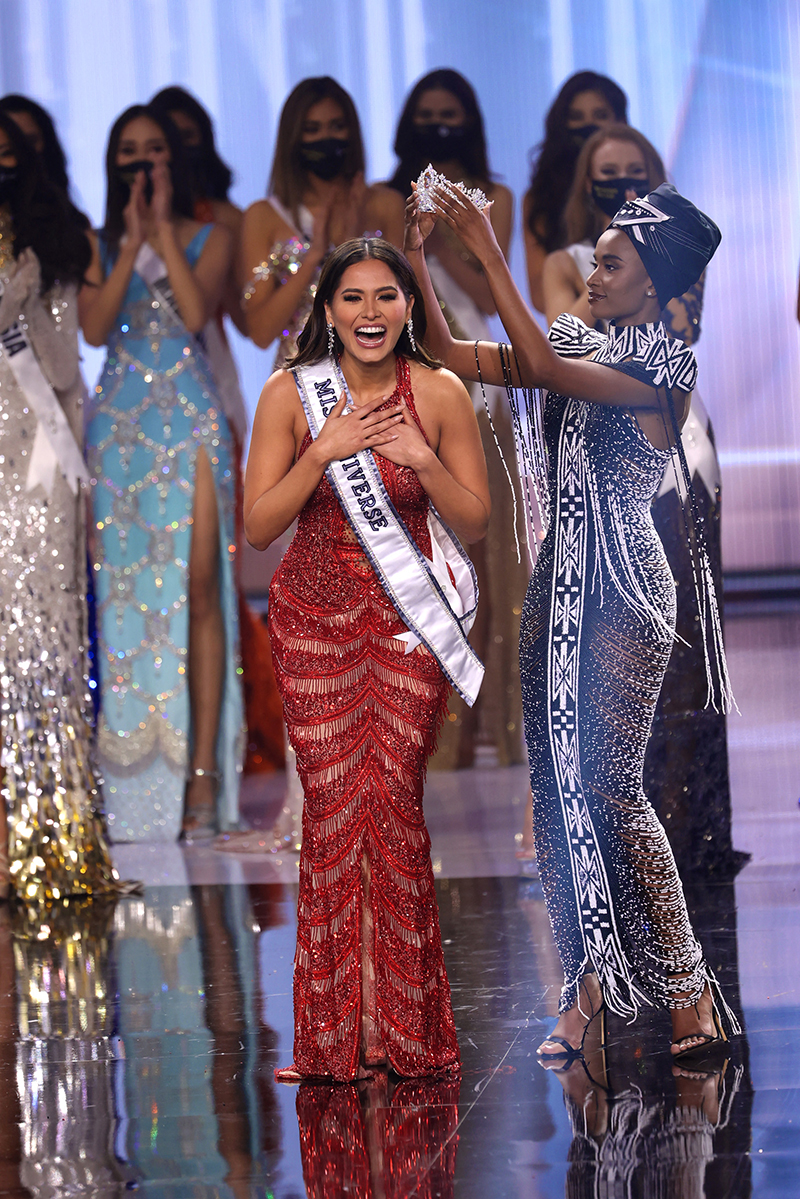 The pageant saw the longest reigning Miss Universe to date, 2019’s Zozibini Tunzi of South Africa, who finally relinquished her crown following the months’ long postponement of the 2020 edition.

Meza, who has a degree in software engineering, is an activist for women’s rights. During the most critical question and answer portion, the problem of the pandemic was the central topic.

Meza impressed the judges with her 30-second-limit answer to the question: “If you were the leader of your country, how would you have handled Covid-19 pandemic?”

She replied, “I believe there’s not a perfect way to handle this hard situation such as Covid-19. However, I believe that what I [would have] done was create a lockdown even before everything was that big because we lost so many lives and we cannot afford that. We have to take care of our people, that’s why I would have taken care of them, since the beginning.”

Determining her win was her performance in a closing round where, along with the other Top 5 finalists, Meza had to give a final statement based on a keyword topic from various current events picked randomly from a pile of cards.

For her opinion on “Changing beauty standards,” Meza, through an interpreter, shared: “We live in a society that is more and more in advance. As we advance as a society, we’ve also advanced with stereotypes. Nowadays, beauty isn’t only the way we look. For me, beauty radiates not only in the spirit but in our hearts, and the way that we conduct ourselves.

Never permit someone to tell you that you’re not valuable.”

Meza was the Mexico’s third Miss Universe winner after Ximena Navarrete’s win in 2010 and Lupita Jones’ coronation in 1991.

The Philippines’ Rabiya Mateo failed to make it beyond the first semifinal cut where she landed a spot in the Top 21.