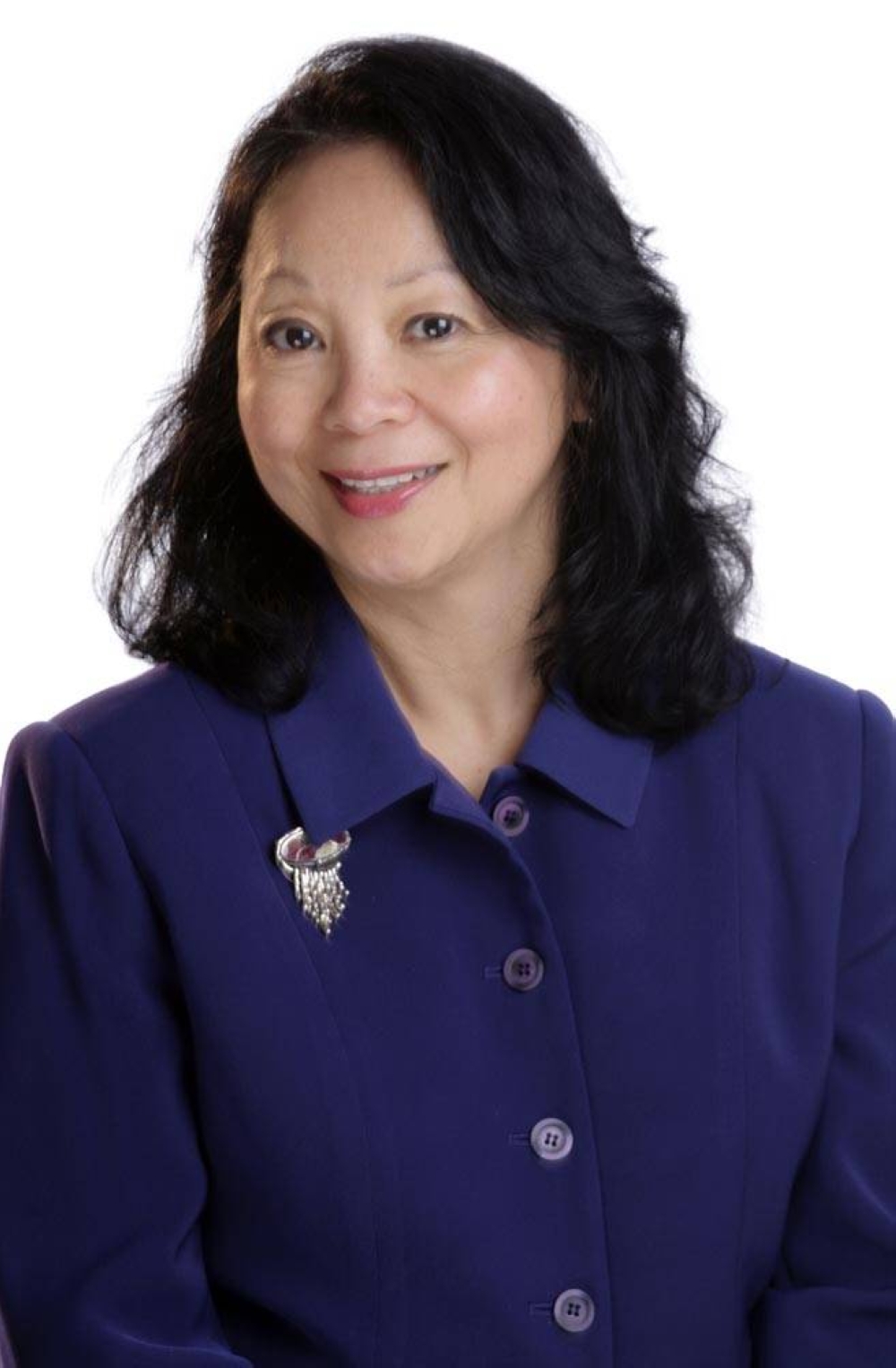 "What the health officials need to focus on is how we can equitably distribute scarce supplies, and make sure that the most vulnerable communities are indeed vaccinated."

In February, Teresita Batayola, president and chief executive officer of the US-based International Community Health Services (ICHS), was interviewed by CNN's Brianna Keilar. Then, she likened the search for Covid19 vaccine to The Hunger Games movie. When asked why she made this dramatic comparison, she replied with passion: "You have to be very fit to get into the list. You have to have the right device, a fast plan and be digitally able to find out if you qualify, then scan and look for available appointments."

Knowing that underserved communities, who are the key customers of ICHS, are at a disadvantage in the competition for the Covid-19 vaccine is what fuels Batayola's concern. This drive is also what differentiates Batayola, who declares: "What the health officials need to focus on is how we can equitably distribute scarce supplies, and make sure that the most vulnerable communities are indeed vaccinated."

Fast forward three months, and it looks like the US government and health officials have taken note because as of this month, the US vaccination program has reportedly vaccinated 46.3 percent of the population with 257.3 million doses. The feisty Batayola, a Filipina-American, who leads ICHS has made her point that the people, who need to be protected first, are given priority to the vaccine.

The pandemic has raised many challenges for ICHS and Batayola. "It is important to be flexible and agile. ICHS was affected by the pandemic when we had a Covid-19 positive patient during the early days, even before treatment guidelines were released by the Center for Disease Control," she says. Fortunately, the ICHS medical team figured it out and appropriately had staff don personal protective equipment (PPE).

Since then, ICHS has pivoted numerous times as a health care organization on the frontlines. There was the mad scramble to find scarce PPE in enough quantities. It had to establish drive-through COVID-19 testing sites. It switched to using telehealth to take care of patients with less risks and now, it is vaccinating communities. ICHS teams even delivered medication, food, and essential supplies to families and seniors to help them get through the lockdown periods. Batayola reports: "Sustainability was a real challenge with increased costs and less patient visits because of lockdown and fear of Covid-19 infections."

Batayola's journey began in July 1969 when her parents Luis and Dolores immigrated to Seattle, Washington with their young children Teresita, Maria and Louie. The family left an increasingly unstable Philippines with a prolonged bad economy, widespread political wars and corruption and spreading civil unrest. Boeing, the aeronautics company based in Seattle, was then looking for engineers and other technical talent. Luis had an aeronautical engineering degree and his oldest sister was a US citizen. The decision to immigrate became pragmatically obvious when he lost his managerial job and his employer's company went bankrupt.

The decision was emotionally hard. The family landed in Seattle in the same month Neil Armstrong walked on the moon and Boeing lost the supersonic bidding wars to the British Concorde. Boeing's loss plunged Seattle, a "one company town," into a 15-year recession. 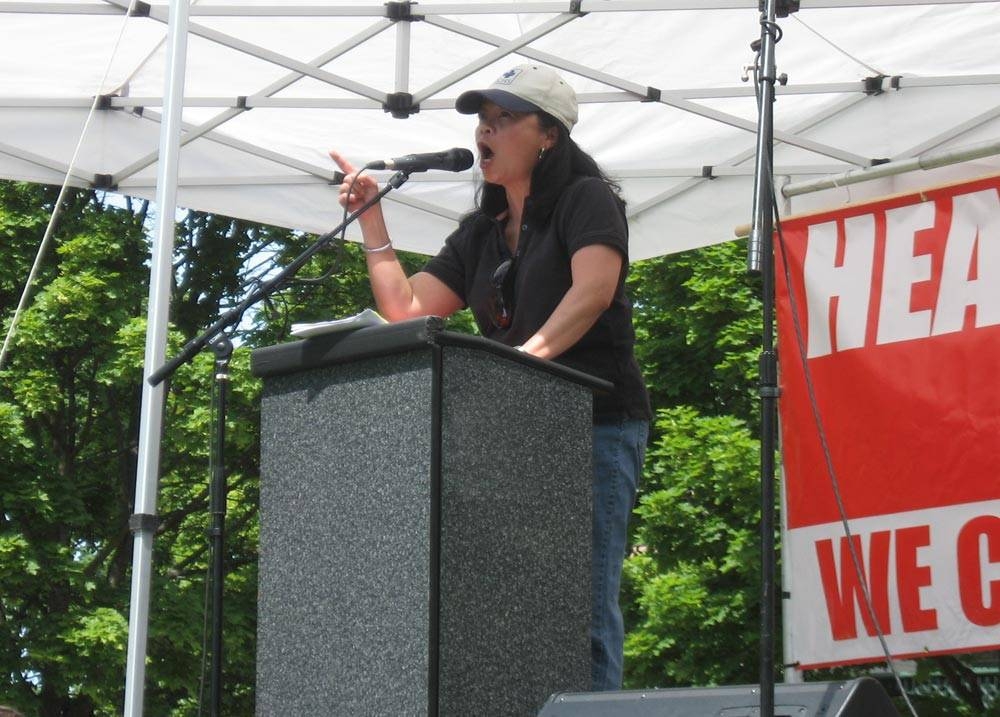 Batayola during one of her many public speaking engagements 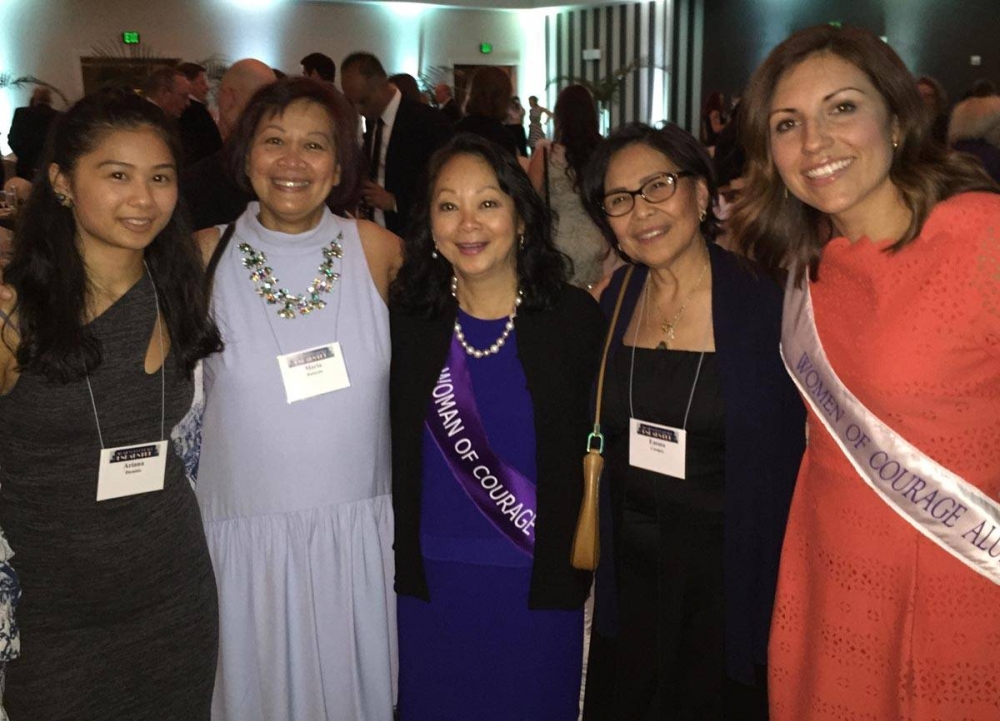 The healthcare expert (center) after receiving the Woman of Courage Award from the University of Washington in 2017. CONTRIBUTED PHOTOS

Life became even tougher for the Batayola family. Batayola recalls: "My parents spent all their resources to get to the US, and at 45 years old, had no option but to gut out the hardship." Their eldest child also faced a challenge, having been accepted by the University of the Philippines Diliman, which made her reject the idea of repeating high school in the US. This led to months of isolation and uncertainty until Seattle University admitted her on probation under its new Minority Affairs Program.

"Surly, sullen and withdrawn, my world was as gray and rainy as Seattle," Batayola says. "My parents pressured me to volunteer with Sister Heidi Perreno, a young nun and nurse practitioner." She had to interview sickly, old Filipino and Chinese men, frail from years of doing migrant work in farms and canneries for a project to raise funds for their care. At first, Batayola was reluctant, but learned about the men's harder lives. She reflects, saying: "This began to give me hope that my life could become better. I also saw my parents working hard and they told us to keep the faith"

Batayola's first proper job was selling hosiery in a department store. This helped put her through school and established her strong work ethic. Though busy with work and study, she continued to volunteer. She says: "The CID (Chinatown/International District) became my personal touchstone, and my early volunteer activities were with Asian American and Asian women's movements."

Batayola graduated with a bachelor of arts in public affairs from Seattle University in 1973 and a master of science in urban administration from Bucknell University, Pennsylvania in 1988. She was a National Urban Fellow from 1979 to 1980, serving a stint with the federal government as staff to a Cabinet member. After working for three different mayors, Batayola left Seattle. Each time she returned home, she was involved in the CID orbit, at one point opening a Village Square in 1997. The facility provided a clinic and housing for the elderly, an early childhood learning program and social services. Batayola says: "Seattle drew me home every time I moved away.

Meanwhile, the ID clinics also went through many challenges. They struggled financially during the early years and adapted to the changes in government administrations and policy. They eventually collaborated with Country Doctor, another free clinic and later re-branded to ICHS - International Community Health Services - to reflect the growing diversity of its patient populations and the communities being served.

Batayola rejoined the clinic where she had volunteered during her early years. She led a team of consultants and won a strategic planning pitch for ICHS. But while ICHS was deliberating on the project, she worked as chief of staff in the City of Seattle. But the lure of ICHS was strong. By 2006, she was appointed ICHS's executive director, and over the years, became its CEO, then president and CEO as the organization expanded.

On the domestic front, Batayola and her husband Dionnie Dionisio have two daughters Ariana and Gabriela. After a day of Zoom meetings, it's home time for the pair and their dog. Over a meal, their conversations revolve around their girls, who are living independently. "Dionnie is re-learning his classical guitar pieces and we both Zoom with friends and family around the world. We also enjoy doing our daily crosswords together," Batayola adds. The family enjoys traveling together when their schedules permit. They have done the Santiago de Compostela pilgrimage and spent some time enjoying Costa Rica.

Today, Batayola is living her dream of leading an organization that is making a difference. ICHS has grown into a community health center serving over 31,000 patients, the majority of whom are low income and hail from immigrant or refugee backgrounds, speaking 50 different languages. ICHS grew from two sites to 11 sites, with a budget close to $60 million.

Looking back, Batayola reflects, saying: "I feel incredibly lucky in leading ICHS, which has blended my profession with my community passion. As a volunteer, I came into health care with a professional background in economic development, community and international development and strategic planning, having worked for different levels of government and the World Bank in Surabaya, Indonesia."

Batayola sees continuous growth for ICHS especially now that the US has realized the importance of health care because of the pandemic. She sees her role in helping develop and transition to the next generation of ICHS leadership.

In November 2019, Batayola was honored as one of the most influential Filipinas in the world by the Filipina Women's Network (FWN). Ron Chew, director of the ICHS Foundation, was among the many who applauded this accolade. He says: "She's one of the most dynamic, innovative and effective leaders in the country. Under her inspired leadership, ICHS has grown into a vibrant regional health care network with 11 service sites in Washington state."