Deliriously livid at Duterte or just an anti-Chinese racist?

Read Next
Investing at a young age: Why you should start as early as now

I DON'T think this paper, which has emerged as the most respected, thinking broadsheet in the past decade, is a dirty wall somewhere where angry, brainless slogans are painted in the guise of headlines for inane opinion columns.

I am referring to a column the other day, with the headline: "Sinicization of PH: On becoming China's 24th province." I was rather shocked as the last time I read that kind of crap declaring us as "China's province" was on a tarpaulin that apparently the deliriously Duterte-basher, the blogger Jover Claudio, hung two years ago on a pedestrian walkway, which was quickly torn down. A Times columnist echoing a crude blogger?

And this columnist had the gall to use that term in his headline? How can any Filipino with a shred of self-respect claim that we are becoming "China's 24th province," yet does nothing to organize an armed rebellion to topple the government for agreeing to such a thing? He is insulting Filipinos by making such a claim. 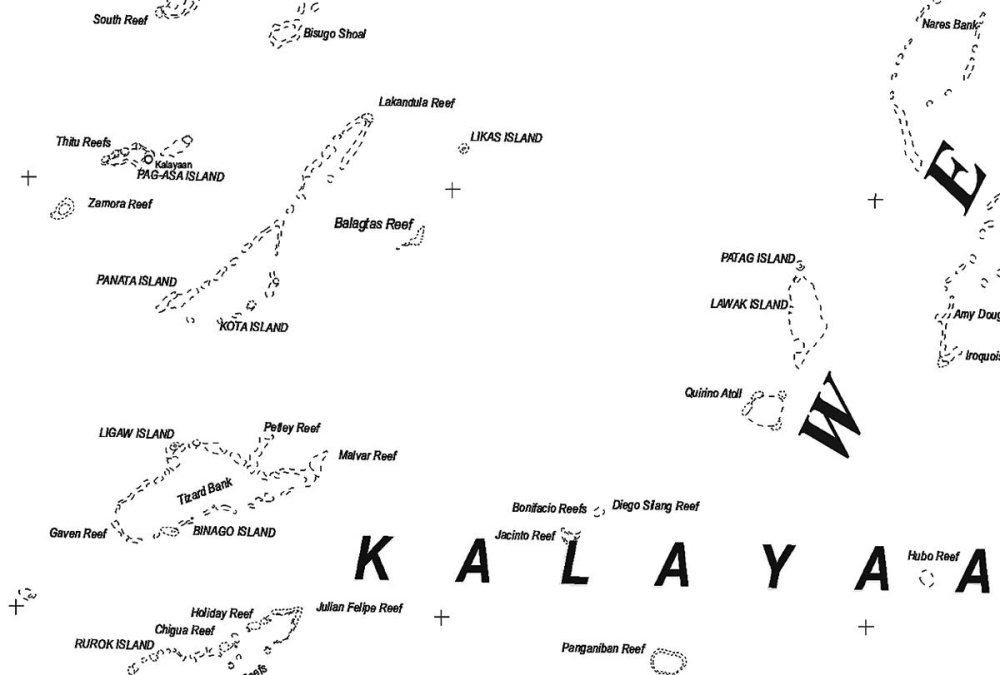 Part of Philippine map showing Filipino names of WPS features. Senator Hontiveros hadn’t heard of this. THE rains have come, and none too soon. My garden was lying prostrate in the heat for weeks, parts of it almost dying in the last three weeks of May. Grass had turned brown or sparse, a welter of falling leaves in heat-affected colors of yellow and brown were the pathetic scenes. A newly planted kamagong tree of 6 feet showed so much stress that we had to dig

Even the rabid anti-US imperialist communists never called the Philippines the 51st US state even as the Americans dominated our economy and politics until 2016.

President Duterte stopped the Yellow administration's disastrous policy, engineered by the US in its "Pivot to Asia" program, to make China virtually our Cold War-type enemy. He has drawn in Chinese investments and official financial assistance to develop our economy. That makes us a "province of China"?

OK, OK; many slogans rouse emotions, even as they conceal inanities, as in Trump's "Make America Great Again." But for a columnist to use such a slogan as "China's 24th province" is as reprehensible to patriotic Filipinos, as it is a cheap rabble-rousing means to fool the masses.

This columnist even claims that Duterte "has gagged his people from publicly discussing China and the West Philippine Seas issue, and therefore effectively quarantined the policy formulation process." This is as idiotic as it is ignorant.

Duterte is the sole architect of foreign policy, and he correctly saw that his foreign secretary's cheap tweets against China and his defense secretary's verbal sword-rattling have been sending confusing messages to China and the world. And these have been after all amateurish. It is only the spokesman of China's foreign ministry who has been making remarks on China-Philippine relations. How would this idiot know whether or not there has been intense policy debates within the Duterte government, which of course by the nature of foreign policy debates aren't public?

If this columnist spent some time reading the arbitral "award" (i.e., the technical term for the "ruling" since it wasn't a court but an arbitral panel) resulting from the Yellow regime's suit against China, or just reading my columns, three things would be clear even to his dwindling mental capacities.

First, there is nothing to enforce in the award. For example, even as it declared, for instance, that the nine-dash line has no basis in Unclos, it did not direct China to vacate the features it occupies in the Spratlys. Another: While it claims China should have "asked" Philippine permission for building artificial islands out of the reefs they occupied, it doesn't order the Chinese to dismantle these facilities and vacate the reefs. All the other provisions of the award are of such nature, a "noted" thing, but no action ordered.

Second, the award, if implemented, would damage our national interests. First, as I explained in my column last Wednesday, it ruled our Kalayaan Island Group as without basis in Unclos. Which means because of the arbitration, we lose 170,000 square kilometers of waters that Marcos declared in 1978 as our territory. Moreover, the award ruled that our islands are not islands in its ordinary usage, but mere rocks. We therefore cannot claim 200-nautical mile exclusive economic zones for our Pag-asa and our islands, even if these are bigger than, for example Japan's bedroom-size Okinotorishima and the US' Baker "islands," which however claim vast exclusive economic zones (EEZs) in the Pacific Ocean.

Third, the big beneficiary of the arbitration award is the US, which has spun the "award" as a ruling of an "international court" declaring the nine-dash line as illegal but which China has refused to comply with. Its ruling that no island in the Spratlys can have an EEZ also makes that vast sea into international waters through which US warships - and nuclear submarines carrying nuclear-armed missiles - can sail through without having to inform the countries having those EEZs.

For Duterte's refusal to enforce what is not enforceable, this columnist claims that he is "intimidated by China and signals the beginning of the final chapter of the Sinification of our country, China's possible slow but inevitable takeover of the Philippines as its 24th province."

What is shameful for this columnist in this prestigious paper is that he doesn't present a single argument or shred of proof for such an extraordinary claim that this president is turning over the country to China. China's economic participation in this country is less than a tenth of its roles in Malaysia, Indonesia and Thailand.

Instead, most of his 1,200-word piece are blah-blahs, a drunken stream of consciousness, on how much we owe Spain for bestowing us Christianity and he says astonishingly, its language, and America for its "rugged individualism" and its democratic practices. This writer's astonishing argument after a thousand words: "He prefers Spanish and American culture" rather than having to learn the Chinese "logo-syllabic pinyin system which is difficult to the alphabet-oriented."

If you don't get this man's argumentation, I don't either, after reading his piece several times. I suspect he wrote his column after a bottle of his favorite expensive (he says) Argentinian wine.

If you've run out of ideas to write for your column the next day, which is usually the case for columnists who were not journalists, then don't write some crap that would stain this newspaper's prestige.

Even if this man had been Cory Aquino's local government secretary - and managed to have been that for exactly five months, for reasons I don't know - he should after three decades realize he no longer owes her anything. He should instead explain why Duterte's reversal of her son Benigno 3rd's belligerent policy toward China would be making us a province of China.

No wonder members of this Centrist Democratic Party this columnist claims to lead have dwindled that its membership would fit in a tricycle. He should merge it with his comrades who call themselves 1Sambayan.

Yellows seem to have this strange mindset of talking about things they don't even bother to research on. Sen. Ana Theresia "Risa" Hontiveros last Monday issued a press statement urging government to start naming and identifying the rocks and features of the Kalayaan Island Group (KIG) as a way to assert the Philippines' claims in the West Philippine Sea.

She said the features we occupy in the KIG remain unnamed, and thinking she is saying something profound declares: "Identity is key. Naming our land and rocks in the KIG will help us consolidate our ownership of the WPS."

Why doesn't she use her tens of millions of pesos in research budget to do some research? Or does she even read newspapers. Where does she think names like Julian Felipe, Pag-asa and Ayungin Bank, which have been mentioned so many times in the newspapers come from?

Hontiveros, a rabid Marcos-hater, should thank the dictator who issued in 1978 Presidential Decree 1596 which claimed for the Philippines a part of the Spratlys that he then called Kalayaan Island Group. There was a verbal order (from whom nobody knows) to the defense department, under which was the National Authority on Mapping and Resource Information Authority (Namria), to give the features within these KIG Filipino names. This was first published in the Philippine Coast Guard Pilot in 1995, and subsequently in administrative maps issued by Namria.

Contrary to what Hontiveros claims, that didn't help at all to "consolidate our ownership of the WPS." Two Yellow regimes lost to China two features we had claimed: Panganiban Reef (Mischief) in 1995 and Bajo de Masinloc (Scarborough Shoal) in 2012.