From adjustable wrenches to digital doctors, here are 10 Swedish innovations 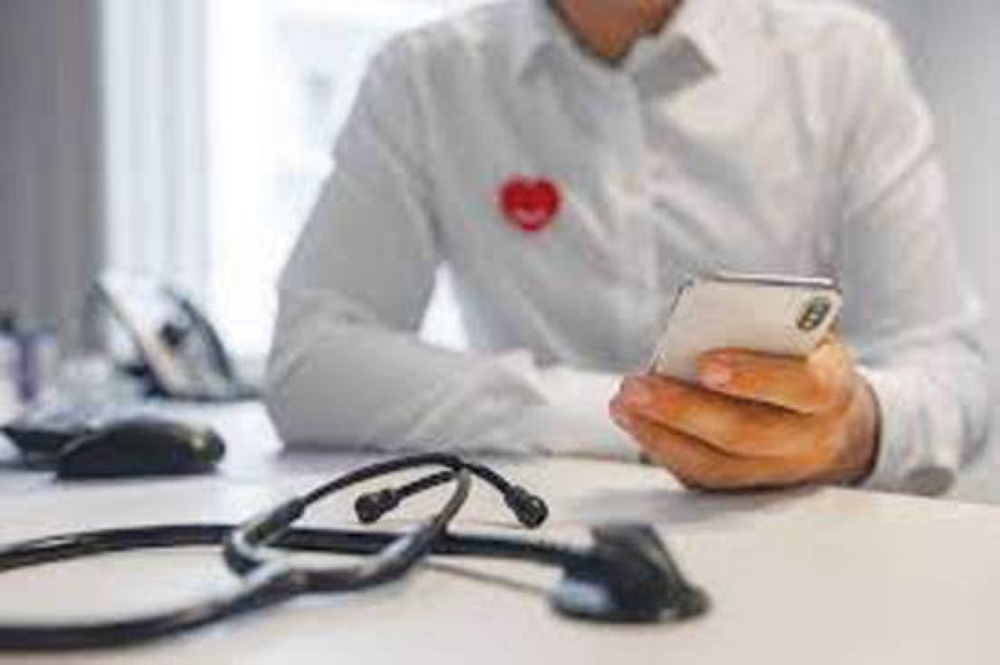 Healthcare apps make it possible to see the doctor from home. PHOTO: MINDOKTOR.SE

A staple in many toolboxes, the adjustable wrench or spanner, also popularly called 'Monkey wrench' or 'English key', often comes in very handy during do-it-yourself (DIY) projects. While the first iteration of this spanner was originally invented in 1842 by British engineer Richard Clyburn, today's adjustable wrench, the 'Swedish Key', is attributed to Johan Petter Johansson, a Swedish inventor who improved upon Clyburn's original concept and patented it in 1891.

Swedish startups are leading the way in the global development of digital healthcare, or health tech, by providing access to different forms of healthcare through mobile, artificial intelligence (AI) and other technologies. KRY is a doctor–patient app that lets doctors and psychologists meet patients over video. It has garnered a lot of attention – and some controversy. The company works with the publicly funded national health systems of the countries where it operates, which so far include Sweden, Norway and Spain.

You can also meet a Swedish digital doctor at Min Doktor (link in Swedish), Flow Neuroscience, Doctrin and Joint Academy, to name just a few.

Better Shelter is an emergency shelter solution in a flat pack. It offers refugees a weatherproof and safe 17.5-square meter home featuring door locks and solar panels. It's designed to last for at least three years and is better insulated than traditional refugee tents. Designed to provide a sustainable and cost-efficient product that can be easily transported and assembled, thousands of Better Shelter units have been distributed to many different countries. Better Shelter has been developed in partnership with UNHCR and the IKEA Foundation.

We all know karma matters, right? Well, Karma can also transform food waste from a problem to an opportunity. Some Swedish entrepreneurs have launched an app called Karma. Via the app, supermarkets, restaurants and cafés can offer products that are about to expire at half price, instead of throwing them away. In just two years, Karma claims to have attracted 1.4 million users around Sweden as well as in the UK and France.

Reducing food waste is also on the government's agenda. 'More to do more' is an action plan developed by the Swedish Environmental Protection Agency, the National Food Agency and the Swedish Board of Agriculture. The aim is reduced food waste on a national level by 2030.

The Nordic region offers great conditions for growing oats (read: it rains a lot), and Sweden is exploring different ways of using this healthy cereal. Swedish brand Oatly is perhaps best known for its non-dairy milk alternative. Oat milk was developed by the Lund University food scientist Rickard Öste, who founded Oatly in 1994. Since then, oat milk has become a staple at a range of supermarkets and coffee shops around the world (and the topic of some sustainability debates with the dairy industry).

Swedish agricultural cooperative Lantmännen has also invested in research into oats. And it's not all about food products – a new research project is looking into creating furniture from oats.

In 1958, Rune Elmqvist developed a battery-run artificial pacemaker, which was used for the very first pacemaker operation done by surgeon Åke Senning at Karolinska University Hospital in Stockholm. The pacemaker is placed under the heart patient's skin and the electrical pulses it generates ensure that muscles expand and contract normally, regulating the heart. 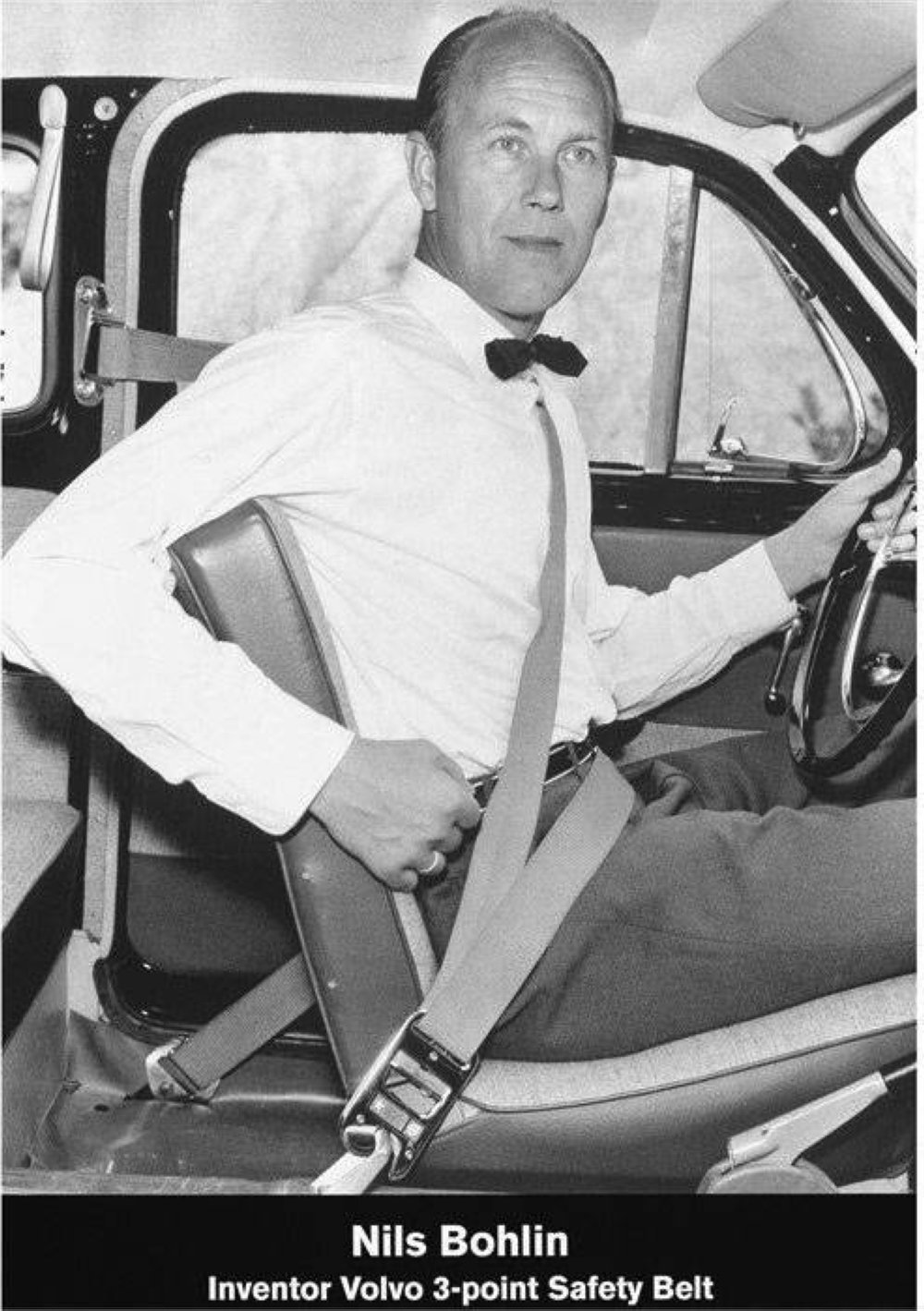 Now a standard requirement in every passenger vehicle saving around one life every six minutes, the three-point seatbelt was developed by Swedish inventor and safety engineer Nils Bohlin in 1959 for Volvo. It's designed with a Y shape to spread out energy across a moving body during an accident.

Sweden is among the world leaders in the transition towards electric vehicles and is committed to having a 100 per cent fossil fuel-free vehicle fleet by 2030. One of the most hyped examples of Swedish innovation in this field is Uniti, a startup that is developing a light-weight electric city car that has been dubbed a 'Tesla for megacities'. Following a crowdfunding campaign, the company received some 3,000 pre-orders for its first model, which is expected to hit the roads in 2019.

Swedish social scientist Aina Wifalk contracted polio – a virus that can cause temporary or permanent paralysis – at the age of 21. After tearing her shoulders from using walking sticks for two decades, she came up with the walking frame, or walker, an invention that has made life easier for elderly and disabled people since the late 1970s. Because Wifalk wanted the walker to be accessible to as many people as possible, she never patented it. To this day, the walker helps your grandparents stay mobile and active.

The modern-day zip as we know it was improved upon and developed by Swedish–American inventor Gideon Sundbäck from an earlier less effective model in 1913. Sundbäck's newly redesigned version called the 'separable fastener' was patented in 1917 and features interlocking teeth pulled together and apart by a slider.