Read Next
Govt nurses to get back former job ranks

FIVE rebels were killed in an encounter in Bohol last May 25. Three were young - aged 18, 20 and 22. Of course, it's appalling that the New People's Army (NPA) would recruit young persons, including teenagers. But beyond that, we have to ask ourselves if all of us are not to blame: the NPA and the cause-oriented front organizations for the actual recruitment, the parents for not being there for their children, the government for failing to provide relevant and affordable education, and the rest of us for not demanding that the government do more to safeguard the future of Filipino kids.

NPA commander Romeo Nabas was killed in the same encounter. According to the Communist Party of the Philippines-New People's Army (CPP-NPA), Nabas, who was born in 1968, joined the revolutionary movement in 1984 and became a member of the party the following year. That makes Nabas 16 to 17 years old when he joined the CPP-NPA. So, obviously, some things haven't changed since the 1980s. Slain rebel NPA Junrey (or Jhon Rey) Bucar left his home in Bilar at the age of 15 - around 2016 - to work as a laborer at a construction site (The Bohol Chronicle, May 31, 2021). His family says they didn't know that he had joined the NPA because he kept sending money! The poor mother blamed the NPA for destroying her son's dreams - but honestly, what dream was there to destroy? There seems to have been no meaningful contact between the boy and his family since he left. At 15, he was supposed to be in high school; not working at a construction site in the city. At 15, he was supposed to be under the supervision of his parents and teachers; not a foreman.

So, while we can blame the NPA and its non-armed associates for bringing Junrey into a world of lawless violence, they are hardly to blame for his not completing high school.

Can we blame the parents? Of course! Parents are expected to see to it that their children complete basic education. But we know that poverty and desperation can get in the way of such parental responsibility. Education is free, yes, but free education doesn't put food on the table. I was reminded of the case of a young man in the Davao Region. Due to the abject poverty of his family, he dropped out of senior high school and went to work in a banana plantation. The family had no food to eat and the young man didn't want to be a burden to his mother. 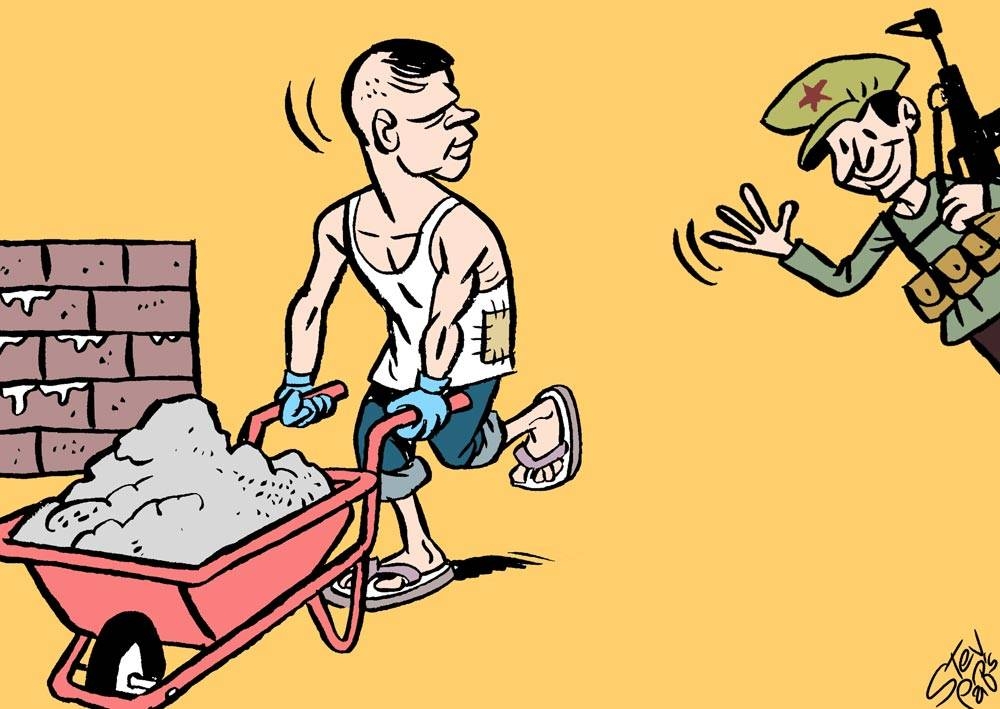 Of course, there is the Pantawid Pamilyang Pilipino Program (4Ps) of the government. This is a great program without which millions of Filipino families would be going hungry. But the cash aid that beneficiaries receive through this social protection program is not enough for survival, it is merely an augmentation of whatever meager income the recipient may have.

So, even with free education and cash assistance from the government, families still go hungry and desperate. The Covid-19 pandemic has only made it worse. Add to this the twin issue of quality and relevance of the education that is offered. While education has indeed become more accessible with, for example, public universities no longer collecting tuition fees, international studies and assessments confirm that the kind of education offered here is generally of extremely poor quality. In the 2018 Program for International Student Assessment of 15-year-old students, Filipino pupils placed 79 and 78 in reading comprehension, and science and mathematics, respectively. Out of 79 countries. In the Trends in International Mathematics and Science Study 2019 that measured Grade 4 achievement results, the Philippines had the lowest score among 58 countries. Where Singaporean Grade 4 students scored 625 points in the math assessment, Filipino kids scored an average of 297 - 31 points less than second-to-last placer Pakistan.

The poor quality of public elementary and secondary education limits the options of students. Without a solid foundation, the students will find that admission to the best state universities and scholarships are beyond their reach. Private universities that, compared to most province-based public universities, offer better quality courses that increase the students' chances of landing well-paying, interesting jobs, are prohibitively expensive especially for students from the province. In short, high school is a waste of time when you could be earning a living as a laborer or construction worker. When this is your reality, becoming an armed rebel may not seem so unappealing.

The Covid-19 pandemic is forcing the suspension of face-to-face classes has further negatively affected the quality of education. This is a forced opportunity to take a serious look at both form and content - the how, what and even why - of education. No less than the nation's future is at stake.