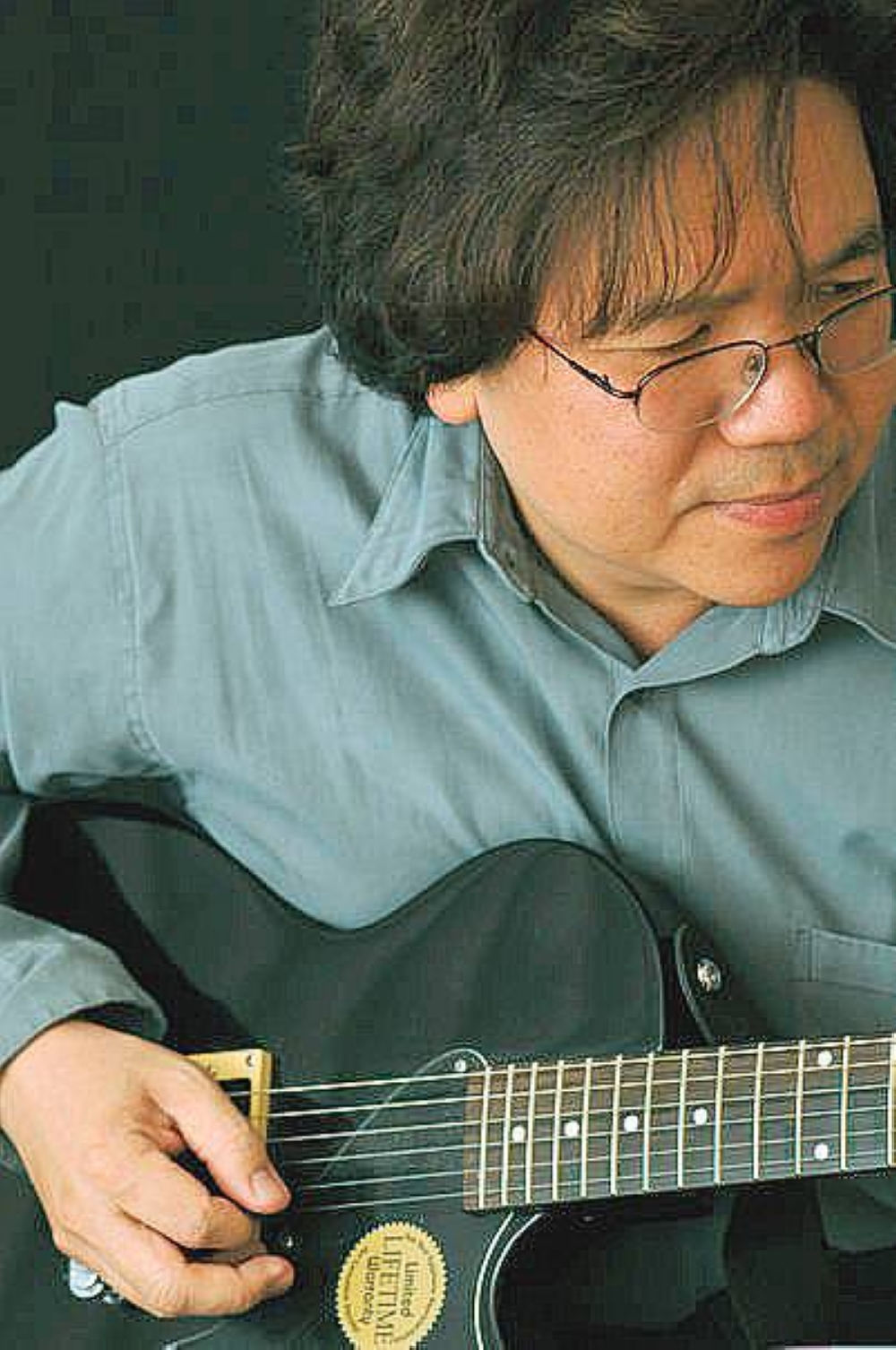 
It only took a song to change a man's life forever.

Guitarist Angelo Dulay was six years old when he first heard The Beatles' "Day Tripper." Right away, he decided to learn the six-stringed instrument and has lived and breathed music ever since.

"Dear God, how can this be true? Can someone really make a song like this?" he remembers telling himself. "Maybe I became possessed," he added with a grin.

It was his late brother Jumbo who gifted him with a guitar back then. It was a Cebu-made classical guitar, his treasured Christmas present in 1972, "[But] I had had no idea how to make it sound good," Dulay laughed.

Apparently, the first instrument he ever played were the drums. He didn't pay much attention to the string instrument but was determined to master it just like The Beatles.

He considers Jingle guitar magazines and song hits from sari-sari stores as his "first set of set of teachers and musical university of sorts."

He wasn't a natural though and had to work very hard on strumming alone. Over time, he got his act together and was soon teaching his brother to play the guitar as well.

"[Jumbo] bested me after I taught him the rudiments. I never told him how good he was. Imagine, a 10-year-old at that time and playing Deep Purple's 'The Mule,' 'Space Truckin' and belting out 'Highway Star' [while pounding the skins] note-for-note with gusto. He was such a beast," Dulay fondly recalled.

From then on, the brothers pushed each other's musical boundaries to the limit, emerging as wicked a two-man act.

"We [then] tricked our cousin, Jonji [de Jesus] to play bass. I taught him the basics. Eventually, we learned to improvise, and he developed into a fine bassist."

As a trio, they went on to cover songs by Deep Purple, Grand Funk Railroad, Three Dog Night, Edgar Winter and The Rolling Stones, sharing vocal duties. They mostly played at a resto-bar in Paranaque, whose name now slips Dulay, as well as several other forgotten music haunts.

"I [next] got used to the style and feel of legendary jazz-fusion guitarists Al DiMeola, John McLaughlin and Tommy Bolin. These were the guys who influenced us further in terms of molding our style, which we refined to come out with our own sound. We were very hard on ourselves. We tried to set our musical bar high," the driven guitarist averred.

Sadly, Jumbo passed away in 2008, and his grieving brother and cousin couldn't bear to play together without him.

Dulay, nonetheless kept his passion burning, especially his love for playing the guitar, which would not have gotten anywhere if it weren't for his brother.

With the rest of his story pretty much like other musicians' stories - traversing a long, winding road with a lot of patience - he finally got his career on track when came across some of the country's finest musicians, among them guitar man Joey Puyat and drummer Harry Tambuatco, and started playing with them for a short while during their Mother Earth days.

It was only in May 2016 when Dulay finally felt the urge to go solo, finally cutting an independently-released debut titled "Spirits of Wisdom: Near the Beginning."

Asked why he turned into a late bloomer recording-wise, Dulay said he chose to prioritize being a rockstar family man first. "Nevertheless, the music bug didn't leave me. It will always be my passion and I consider the record release as a form of expression."

Spirits of Wisdom is comprised of six tracks - four instrumental pieces in 'Flight of Santelmo,' 'Capre Blues in A Major 7,' 'Maria Makiling,' 'Legend of Manaul;' and two with vocals, namely "Spirits Meeting" and the title track.

Dulay said he had no one backing his long anticipated foray into recording, with funding coming straight out of his pocket and those who worked with him to produce it.

"We did it for the love of art and music. We didn't earn from it."

Dulay has definitely gone a long way since that fateful Christmas decades ago when Jumbo gave him his first guitar. Today his axes include a Gibson Les Pauls, a Fender Stratocaster, Ovations, a George Harrison Gretsch, a Fender Telecaster, a Hofner Paul McCartney bass and a PRS among others.

"The amps I use are mostly Fender Twin Reverb, Marshall, Crate, and some whose brands I can't recall. They're in storage right now. I keep most of the guitars at home."

A genius on the strings, he can play "Daytripper" or any song of the legendary Fab Four today even with his eyes closed. But surprisingly, he chooses not to.

"I don't because I have the high[est] respect for The Beatles as a fan," he explained.

Humble to this day, it's quite remarkable that someone like Angelo Dulay feels unworthy to play the tracks of his original idols. But then again, perhaps it's because he'd much rather preserve the feeling of playing the music that inspired him along with the memory of an idol closest to his heart.