Read Next
LGUs urged to do house-to-house jabs 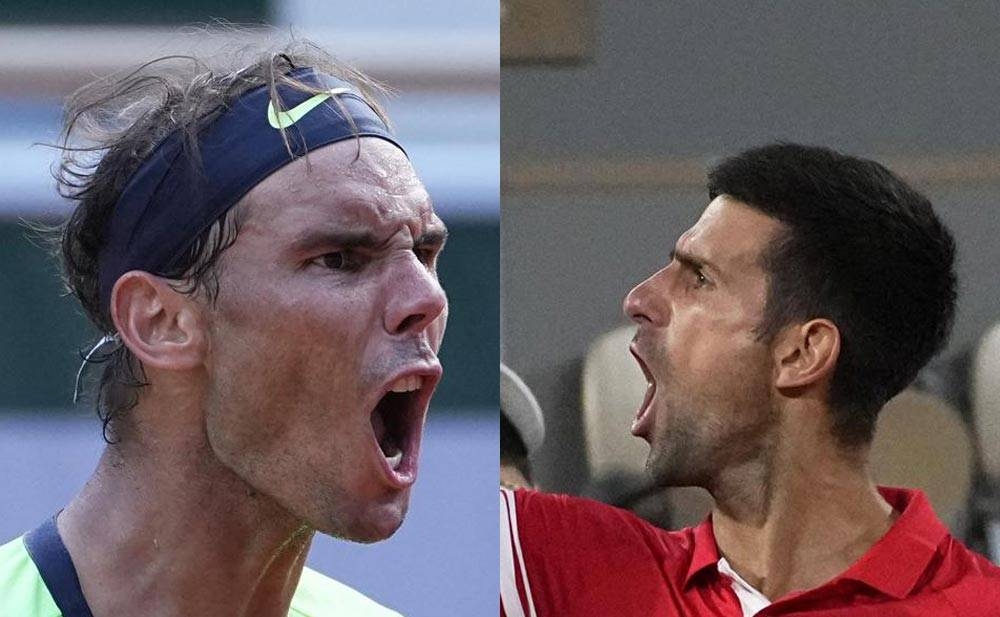 CLASH OF TITANS This is the 58th matchup between Rafael Nadal (left) and Novak Djokovic (right). Djokovic leads their all-time duel at 29-28 but Nadal is ahead in their French Open meetings, 7-1. AP PHOTOS

Once two points from a straight-set victory and seemingly well on his way to a French Open semifinal showdown against Rafael Nadal, Djokovic had to deal with so much that went awry: consecutive unforced errors that gave away a tiebreaker; a 21 1/2-minute delay while spectators left because of a Covid-19 curfew; a face-down tumble that drew blood from his left palm.

"This match had it all: falls, crowd, break. It was a lot of intensity. I just felt under tension the entire time," Djokovic said. "The reaction (at) the end was just me liberating that tension that was building up for the entire match."

Now comes a semifinal Friday (Saturday in Manila) against a familiar foe in a rematch of last year's Roland Garros final, but a round earlier: Nadal, who is 105-2 in the clay-court tournament.

"We know each other well," the third-seeded Nadal said. "Everybody knows that in these kinds of matches, anything can happen."

Nadal's French Open set streak ended earlier Wednesday. His pursuit of a record-breaking 21st Grand Slam title - and what would be a 14th in Paris alone - remained very much intact, however.

Nadal shrugged off dropping a set at his favorite event for the first time in two years by whipping violent forehands punctuated with fist pumps and yells of "Vamos!" en route to a 6-3, 4-6, 6-4, 6-0 victory over 10th-seeded Diego Schwartzman.

"For anybody, it's very difficult to play against him. He's feeling very comfortable on court," Schwartzman said after falling to 1-11 against Nadal. "He's Rafa, and he's always finding the way."

Nadal reached his 14th semifinal in Paris; Djokovic his 11th. It's Djokovic's 40th trip to the final four at any major, Nadal's 35th. Nadal and Roger Federer share the men's mark of 20 Grand Slam titles; Djokovic is at 18.

The semifinal will be the superstar duo's 58th matchup, more than any other two men in the sport's professional era; Djokovic leads 29-28. But Nadal is ahead 10-6 in Slam meetings, 7-1 at the French Open.

"I'm confident. I believe I can win," Djokovic said. "Otherwise, I wouldn't be here."

The other men's semifinal Friday is No. 5 Stefanos Tsitsipas vs. No. 6 Alexander Zverev.