Read Next
G7 vows 1B Covid shots for world 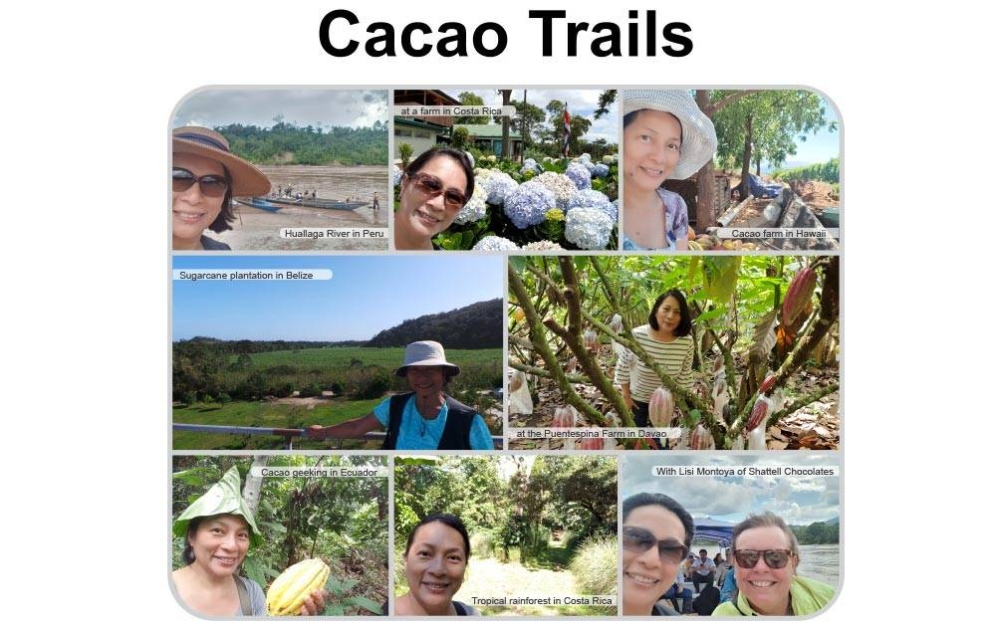 
Her work on chocolate for more than 25 years as a culinary educator and consultant has led pastry chef Jill Sandique back to a childhood passion. Chef Jill headed the board of judges at the 2021 Philippine Cacao Quality Awards (PCQA) which selected the winning entries to represent the Philippines at the Cocoa of Excellence (CoEx) Program during the Salon du Chocolat in Paris this coming October.

Chef Jill has studied chocolate making abroad, eventually completing the Career French Pastry Program at Peter Kump's New York Cooking School (now the Institute of Culinary Education) where she graduated with the most coveted Blue Ribbon Award in 1992 (and later inducted into its Alumni Hall of Achievement). She witnessed the emergence of artisan chocolate making which nurtured her appreciation for the craft.

When she came back to the Philippines, she developed her signature pistachio sans rival and mango pavlova, beloved specialty desserts she became known for.

Her longest collaboration at 17 years is with Commodity Quest Inc., which exclusively imports the premium cacao powder and chocolate ingredients under the deZaan brand. They invited Chef Nick Malgieri, her mentor and teacher at Peter Kump's, for the Wofex trade shows to showcase chocolate recipes using deZaan.

Chef Jill's love for chocolate began at her family's Sto. Niño Farms back in her hometown of Makilala in Cotabato. The family started with crops such as coconut, coffee, cacao, corn, and rice. The farm initially produced certified palay seeds before focusing on rubber and banana as its two major crops.

Her father, the late Epifanio Al. Sandique was an agriculturist by training. Mr. Sandique worked as a banker and did agricultural research at the farm. He was part of the Philippine Cacao Committee in the late 1970s that published The Philippines Recommends for Cacao 1979.

The farm served as chef Jill's informal training ground to learn about how farmers grow food, an experience that would later influence her work as a pastry chef. Her parents instilled the value of hard work at the farm, teaching them the key steps in growing, harvesting and processing rice, coffee and cacao.

For more information, visit her Facebook Page at https://www.facebook.com/ChefJillSandique.