PEKIN: China on Monday accused the G7 of "political manipulation" after it criticized Beijing over its human rights record in Xinjiang and Hong Kong.

In a communique after a three-day summit in England, G7 leaders slammed China over abuses against minorities in the Xinjiang region and pro-democracy activists in Hong Kong, while US President Joe Biden called for Beijing to "start acting more responsibly in terms of international norms on human rights."

The Chinese embassy in the United Kingdom responded angrily on Monday, and accused the G7 of "interfering."

"The Group of Seven (G-7) takes advantage of Xinjiang-related issues to engage in political manipulation and interfere in China's internal affairs, which we firmly oppose," an embassy spokesman said in a statement.

The statement accused the G7 of "lies, rumors and baseless accusations."

Human rights groups say China has rounded up an estimated one million Uyghurs and other minorities in Xinjiang into internment camps, which Beijing says is to eradicate Islamic extremism.

"We will promote our values, including by calling on China to respect human rights and fundamental freedoms" the G7 communique read. 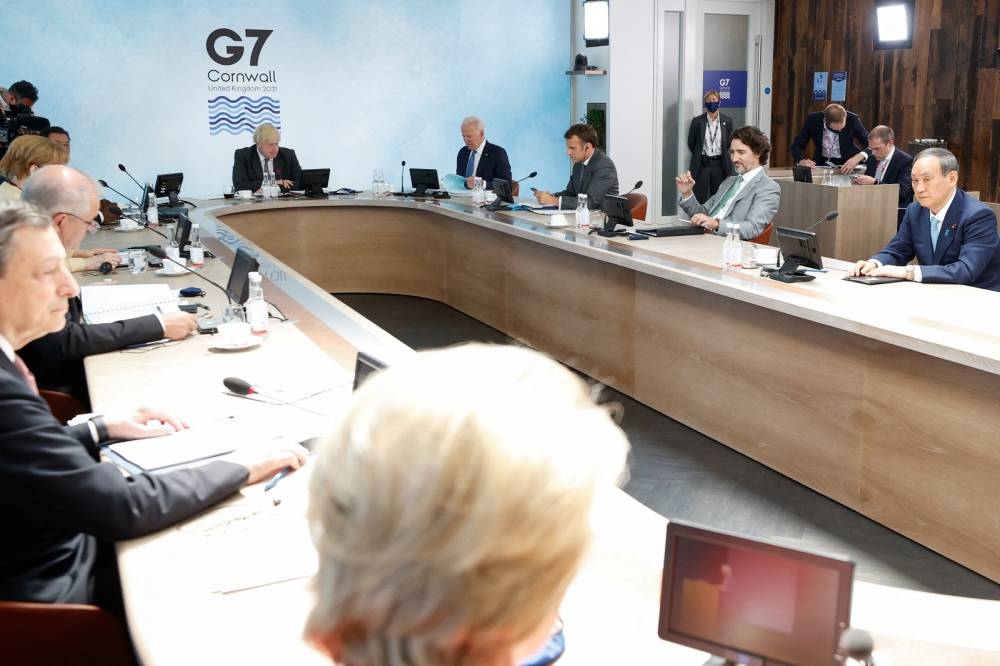 At their first physical summit in nearly two years, leaders of the seven nations announced a number of pledges on Covid-19 vaccinations, climate change, rights and trade.

They also called for a new investigation in China into the origins of Covid-19 - prompting a response from the Chinese embassy that the work needs to be done in a "scientific, objective and fair manner," without agreeing to a new probe.

"The current epidemic is still raging around the world, and the traceability work should be carried out by global scientists and should not be politicized," the embassy said.

The coronavirus first emerged in central China in late 2019, and the World Health Organization sent a team of international experts in January to probe its origins.

But their long-delayed report published in March drew no firm conclusions, and the investigation has since faced criticism for lacking transparency and access.

The G7 also announced a new infrastructure fund which President Biden said would be "much more equitable" than China's massive Belt and Road Initiative.

The Chinese embassy statement complained in response that the "accusations against China on economic and trade issues in the communique are inconsistent with the facts and are unreasonable."