WE are lending today's space to John Raña, a longtime friend of President Rodrigo "Deegong" Duterte and a management practitioner. I am quoting verbatim his personal assessment of the President's personality, background and thought process, attempting to explain the motivations behind the actuations and decisions, both presidential and personal, and some consequences thereof. John's take of more than 2,500 words has been heavily edited with some redundancy redacted, but the resulting product is as close to his original thoughts as possible. These are John's words and thoughts. Not mine.

"The acronym DDS has acquired different meanings. To detractors, it is the Davao Death Squad. To fanatics, Duterte Diehard Supporters. To the administration, Davao Development System. Duterte is very results oriented. He prefers shortcuts or trade-offs if that is what it takes to get the job done. The end justifies the means!

"He intended to use the same DDS formula that apparently worked fine in Davao City. Mayor Duterte transformed Davao from a lair of lawlessness to a city of relative peace and palpable development. It was his reputation as a top and tough local executive that catapulted him to the presidency.

"His decision-making process can be considered largely gut feel and emotion-motivated. When triggered, his words and actions betray his unfiltered emotions. These traits endeared him to his constituents by producing instant results, arguably very effective at the micro level of governance like a city or municipality.

"In contrast, any statement or decision by the President would have far-reaching implications and therefore must be subjected to what former President FVR called CSW (complete staff work). In short, when the president talks, that's 'policy,' which should be the product of CSW, including extensive research, incisive study and rational deliberation. When a spokesman constantly explains what the President 'really meant,' that's a telltale sign of absence of CSW. 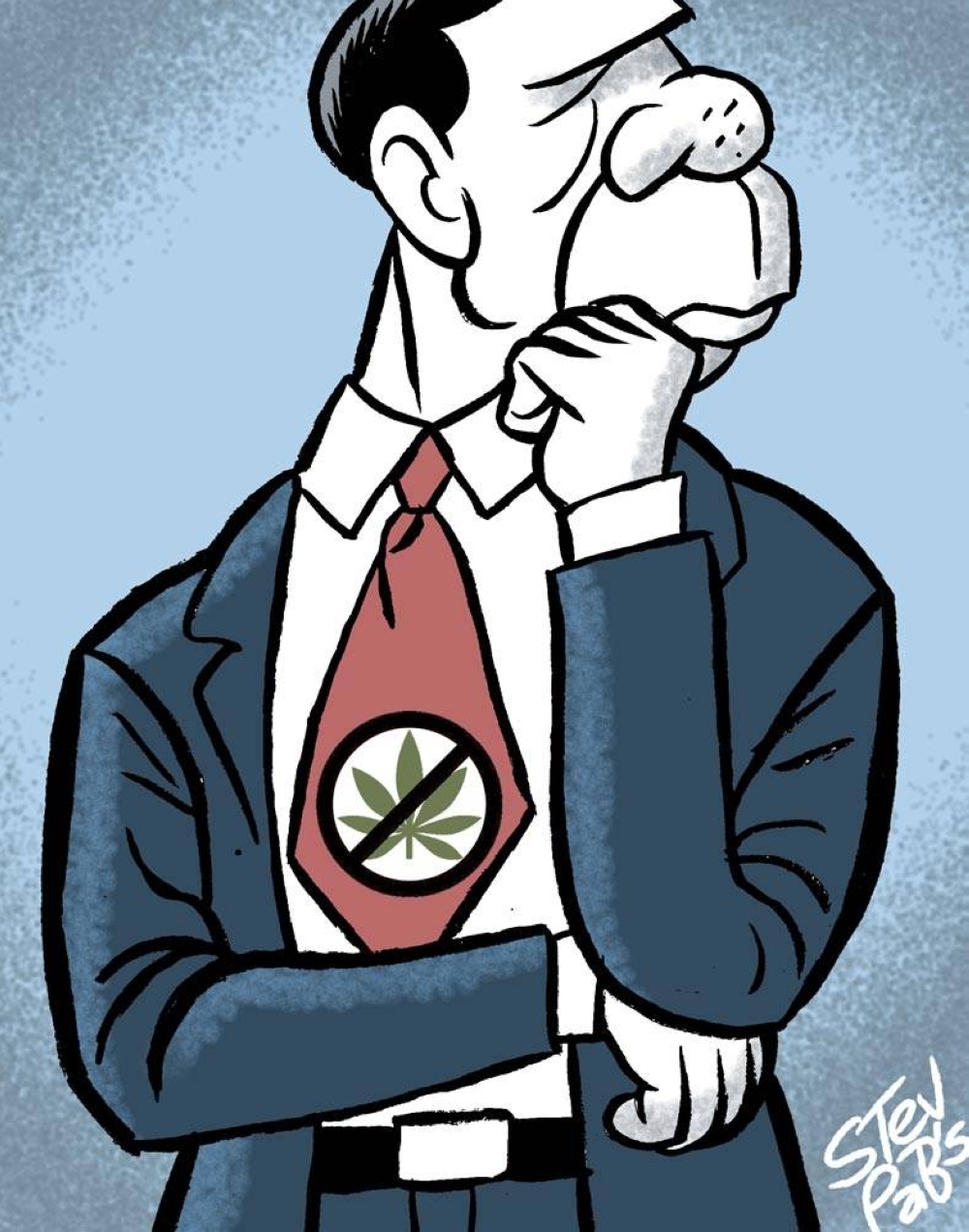 "To Digong, everything is personal. As mayor, he personally attended to his Davao constituents. He even had a personal assistant, Bong Go, as his de facto surrogate. However, (as the president), personal interaction becomes impractical, thus, he had to rely more and more on his... heretofore unheard-of position of Special Assistant to the President (SAP). SAP Bong Go (even as a senator) serves as the main gatekeeper to and for the President. The SAP arrangement made Duterte even more inaccessible, it gave Senator Bong Go tremendous power who now wants (seriously?) to be the next president, that is, if Sara will not run and Digong runs as his vice president.

"Rational management calls for separation of a leader's views from his persona. This is critically important so that multiple, even contrary, perspectives can be ventilated and discussed. Candid exchanges should in fact be encouraged and not perceived as an assault on the ego of the leader.

"He wants his orders followed asap. Period. That may explain his preference for military men and those who were within his professional and personal orbit. They are expected to obey without question.

"He prefers compliance by reason of force rather than by force of reason. The former brings instantaneous results, the brand of leadership loved and feared at the same time.

"He usually abhors contrary opinions, especially when made public. When called out, he doubles down. A good example is the WPS issue regarding conflicting claims with China.

"1. He will plant the Philippine flag in the Spratlys even if he has to ride a jet-ski. (Now, he claims that was a joke.)

"2. He said that toward the end of his term, he will confront China on the arbitral ruling in favor of the Philippines. (Now, he calls the arbitral decision a mere scrap of useless paper.)

"3. He challenged former Supreme Court justice Antonio Carpio to a debate. (He correctly backed out but not before being embarrassed.)

"The vision of candidate Duterte was simple as effective messaging must be a more comfortable life for the Filipino. He broke it down into three major programs:

"War on illegal drugs. Violence or the threat thereof was the tool of choice. Under 'Operation Tokhang,' thousands of suspected pushers and users were neutralized because 'nanlaban' (they fought it out). Methamphetamine (shabu) labs were dismantled, drug lords were on the run, some so-called narco politicians were eliminated.

"The war on illegal drugs is the President's personal war. 'Don't do it during my watch.' But precisely that›s the rub, what happens after his watch? Sustainability must be a prime consideration, particularly with a festering malaise like illegal drugs.

"Let's face it, illegal drugs and other syndicated crimes can only flourish with the tolerance, protection or incompetence of the mayor, police chief and barangay chairman. If they are unable to stop large-scale drug trade and use, they are at the very least incompetent, ergo, corrupt.

"War on corruption. President Duterte promised to get rid of corruption in government. His marching orders, no sacred cows. He constantly proclaimed that 'not even a whiff' of corruption shall be tolerated.

"Since this is his personal war, he alone decides the application of the much-ballyhooed standard. Unfortunately, there appears to be personal sacred cows.

"The Anti-Red Tape law is a step in the right direction. Lacking are comprehensive and systemic solutions. The irony of it all is that under the present setup, proposals to curb corruption are to be studied, evaluated, and recommended by the corruption-prone agencies themselves.

"In sum, merely apply basic management principles: Simplify. No exceptions to the rule, otherwise the exceptions become the rule.

"Peace and development. Sadly, the communists overplayed their hand. They demanded a coalition government. Duterte somehow accommodated them. While peace talks were in progress, the NPA was also escalating atrocities, casting doubt on the sincerity of the CPP-NPA-NDF. Another golden opportunity missed by the Left.

"The peace talk with the Moro group was more fruitful with the signing of the BARMM providing for greater autonomy. Perhaps this could be the baby steps and experimentation toward federalism.

"In fairness, there are bright spots in the Duterte administration:

"– Prior to the Covid-19 pandemic, the economy was robust with record foreign exchange reserves.

"– The one-stop-shop Malasakit Center is a welcome development to those seeking help for health concerns.

"The Balik Probinsya, Balik Pag-asa (BP2) was a good program but lacked the requisite social and economic safety nets.

"Contrary to what some opine as Duterte being unpredictable, he is quite predictable. Every issue is personal. His default response to opposing ideas is a threat laced with expletives. Nothing has changed in his behavior since he was a city mayor.

"This has spawned dysfunctional and counterproductive behavior of those who have to deal with the President. This had the following adverse effects:

"– Discouraged healthy and rational exchanges that could have produced better informed decisions.

"– Encouraged sycophancy as a survival mechanism, saying and doing only what pleases the President.

"– Alienated even supporters with sincere desire to help the administration."

The rest of John Rana's article are speculations on the 2022 elections, which is better treated in another column.