Entertainment
'ABOUT HER SPACE’

Read Next
The transformation of Darren Espanto

June 17, 2021
100
As a follow up to her maiden 2020 release, ‘Battlescars,’ the 20-yearold singer-songwriter picks seven of her earliest compositions in a brand new EP under Curve Entertainment.
Believe it or not, but one of the favorite things that budding singer-songwriter Frankie Pangilinan likes to do is plagiarize - herself. Strange as it may seem, Kakie, as she is fondly called, writes incessantly - be it poetry, songs or fiction - with each medium bleeding into the other so naturally that whatever is in her heart is always clear and constant.

For instance, her new single, "shatter," is perhaps her most difficult song to sing.

"Given its emotional range and the painful memories it's associated with, 'shatter' took an old, unearthed poem of mine to pry the lyrics from the more shadowy parts of my skull," the most familiar daughter of Sen. Kiko Pangilinan and Megastar Sharon Cuneta opens up.

Another song she particularly cites too moving for her is "gone."

Yes, the titles of the songs Kakie wrote and recorded are always uniquely written without capital letters.

"[But they're] not based on real-life experience," Pangilinan insists. "I have a smaller writing account which has become my safe space online, with a handful of readers who I find myself indebted to for keeping me sane in quarantine. Writing gone became my tribute to them, having been composed from the perspective of a fictional character who had no knowledge about the death of her husband."

A solid tearjerker, says of gone, "The main vocal you hear on the song was one take, the very first I did. I asked if we could turn on the studio lights off and it was cold in the booth. I'd like to thank Fern of Kindred Productions, who so generously provided backing vocals for the end of the song, [which goes], 'Never left, never left you, baby,' which references a quote from an unpublished draft I have. I can't wait to share it."

Breathing life into a song, immortalizing her truth and feelings into the lyrics and melody feels like a sigh of relief for Kakie Pangilinan. For a 20-year-old, her songs implore unusual depth and special meaning in the lyrics.

"I wrote many of the songs years ago," she shares. "Recorded them with a semi-shattered iPhone in the wee hours [my natural habitat] and transferred the files onto a USB, then didn't pay them any mind for at least two years.

"It was thereafter referred to as the 'heartbreak hard-drive,' which, I think, makes for an alternate title for the EP [extended play]," she adds with a smile. 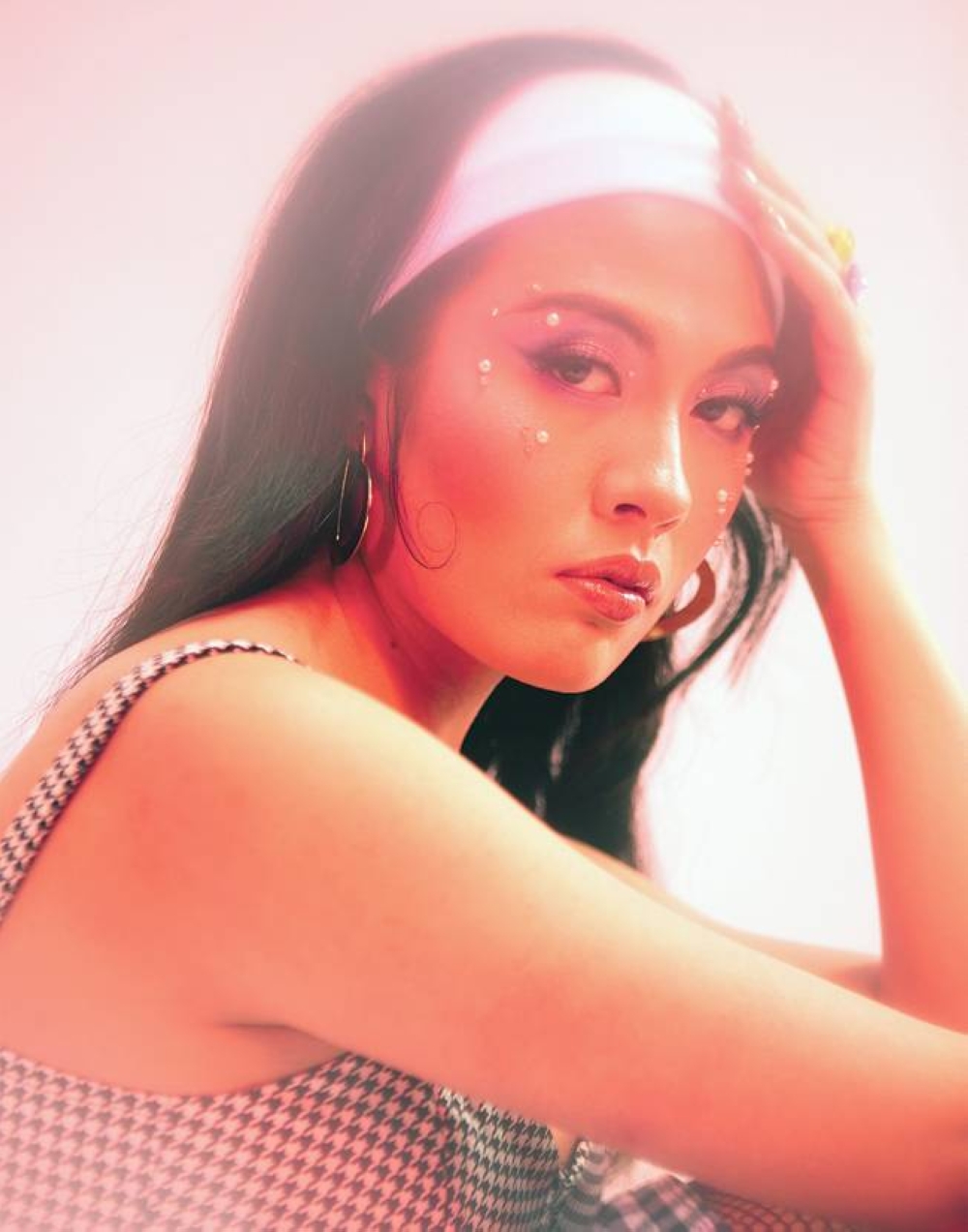 
Swearing she would never listen to her compositions until she was no longer saddened by what inspired them, Pangilinan declares, "[And] here we are now. Having rummaged through the files with a little less ache and a little more bravery, [I am] offering a body of work to the world that sounds exactly how I imagined it would - the first of my music that I'm truly, deeply, wholeheartedly proud to claim."

Admitting she now regrets it took a long time before she felt ready to share her work, she explains, "I'm saddened it took me this long to arrive at this place artistically, but I'm deeply overjoyed that I've arrived at all."

Clearly, the singer-songwriter is deeply connection to her music. Deciding to call her seven-track EP "abOUT hER SPACE" (abh), the industry's newest recording artist explains that even the letter play on all the titles holds a personal significance.

"I think 'abh' has come to represent both a broken heart and a bountiful harvest," she explains. "My dad has imbedded a great deal of agricultural enthusiasm in me and one of the greatest lessons of farming is that the best fruits are shaped by hardships. There is no growth without rain. No yield without toil and labor. A broken heart therefore, must inevitably mean something in the end. And I think this body of work is proof of that."

Released by Curve Entertainment, "abh" features the single "afterparty" - the follow up to Pangilinan's 2020 release, "battlescars" - as well as to the Ely Buendia-produced track, "tyl (true young lovers)," which she also composed.

The rest of the tracks in the EP, all from her heartbreak hard-drive, are all older than her previous releases, with "lost" being her earliest work.

With endless stories behind all her songs, it took Pangilinan and her team quite a while to settle on the final seven now comprising her very first EP.

In spending a lot of time categorizing her work, she finally shares, "I don't think I'll ever do the same thing twice. I will say, though, that I find myself consistently drawn to building a story. Everything I do for the next couple of years will all be part of the same story. And it'll be fun, I think, to watch those pieces come together."