Mickelson seven adrift in hunt for US Open win

By Agence France-Presse
June 20, 2021
20
LA JOLLA: Phil Mickelson sits seven strokes off the pace halfway through the US Open, but the six-time major champion says he's playing well enough to make a weekend charge for a historic victory. 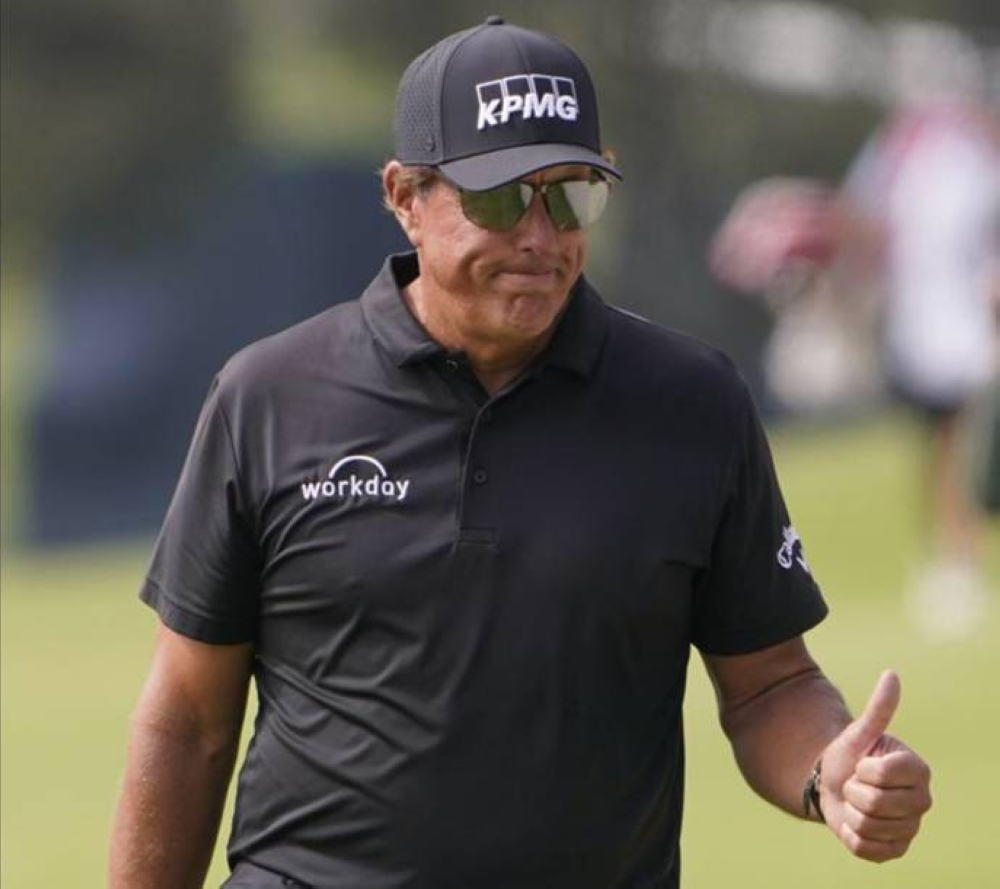 Phil Mickelson gives a thumbs up to fans at the 10th fairway during the second round of the US Open Championship at Torrey Pines Golf Course in San Diego on June 18, 2021 (June 19 in Manila). AP PHOTO


The 51-year-old left-hander closed with a tap-in birdie at the par-5 18th on Friday (Saturday in Manila) to fire a two-under par 69 and stand on two-over 144 after 36 holes at Torrey Pines.

"I played really well," Mickelson said. "I'm looking forward to the weekend. [I] feel like I'm playing good enough to make a run at it. Hopefully, I'll put it together tomorrow and do that."

If hometown hero Mickelson wins the US Open, an event where he has finished second a record six times, he would complete the career Grand Slam, a feat achieved only by Tiger Woods, Jack Nicklaus, Gary Player, Ben Hogan and Gene Sarazen.

"I didn't make enough birdies today, but I'm hitting the ball well enough to get birdies on the weekend," said Mickelson. "I was hitting a lot of good shots, a lot of fairways and was able to drive the ball aggressively for the most part."

Mickelson sank a 7-foot birdie putt at the second hole and rolled in a 12-footer for birdie to open the back nine but found a cart path at the par-3 11th and made bogey.

After clutch par putts from about nine feet at 15 and 16, Mickelson dropped his approach inches for the cup at the par-5 18th to set up a closing birdie.

"I was trying to make a run and get it back to even," Mickelson said. "[In] the last few holes, I tried to get a few close and kind of short-sided myself a couple times. "I left myself some challenging up-and-downs, and I ended up making the putts, which felt good.

The effort boosted Mickelson's confidence about his chances at another shock major weekend.

"I struck the ball really well, and it made it a lot easier. I was able to play aggressively. I didn't take advantage of all of the opportunities that I had, but I played a good solid round," Mickelson said.