Shopee Philippines Director Martin Yu broke into a self-conscious yet rather charming smile when The Sunday Times Magazine ventured to make sure he's indeed as young as he looks in this exclusive virtual interview.

Having grown into a familiar face in the media especially over the last year and a half, the well-spoken and fine-looking Chinese-Filipino has turned not a few heads each time he started off Shopee's ever expanding promotional events and colossal launches through the pandemic. An antithesis for the over-confident or intimidating archetype of company heads, Yu is entirely self-effacing and honestly oblivious to the mounting curiosity surrounding his inevitable celebrity.

Proper and persistently about the brand and the work across all his official engagements, Yu chuckled and shuffled in his seat at this crossroads, appearing partly-amused and partly-surprised he was giving into an interview that was fast becoming personal.

"I was asked this quite recently..." There went that shy but good-natured smile again. "So, I had to check on Google if I still fit the millennial [age range].... And luckily, I still do," he trailed off, laughing more comfortably this time.

For the record, Shopee's own rising star - alongside its golden trio of brand ambassadors in Willie Revillame, Jose Mari Chan and Kris Aquino - is a 37-year-old millennial who is happily married with two boys. He is credited for steering the equally young Singaporean e-commerce platform Shopee to become the Philippines' No. 1 online shopping destination in a mere four years, when the idea of shopping on the internet was practically unheard of in the country. But more on that later, and more on the man now. 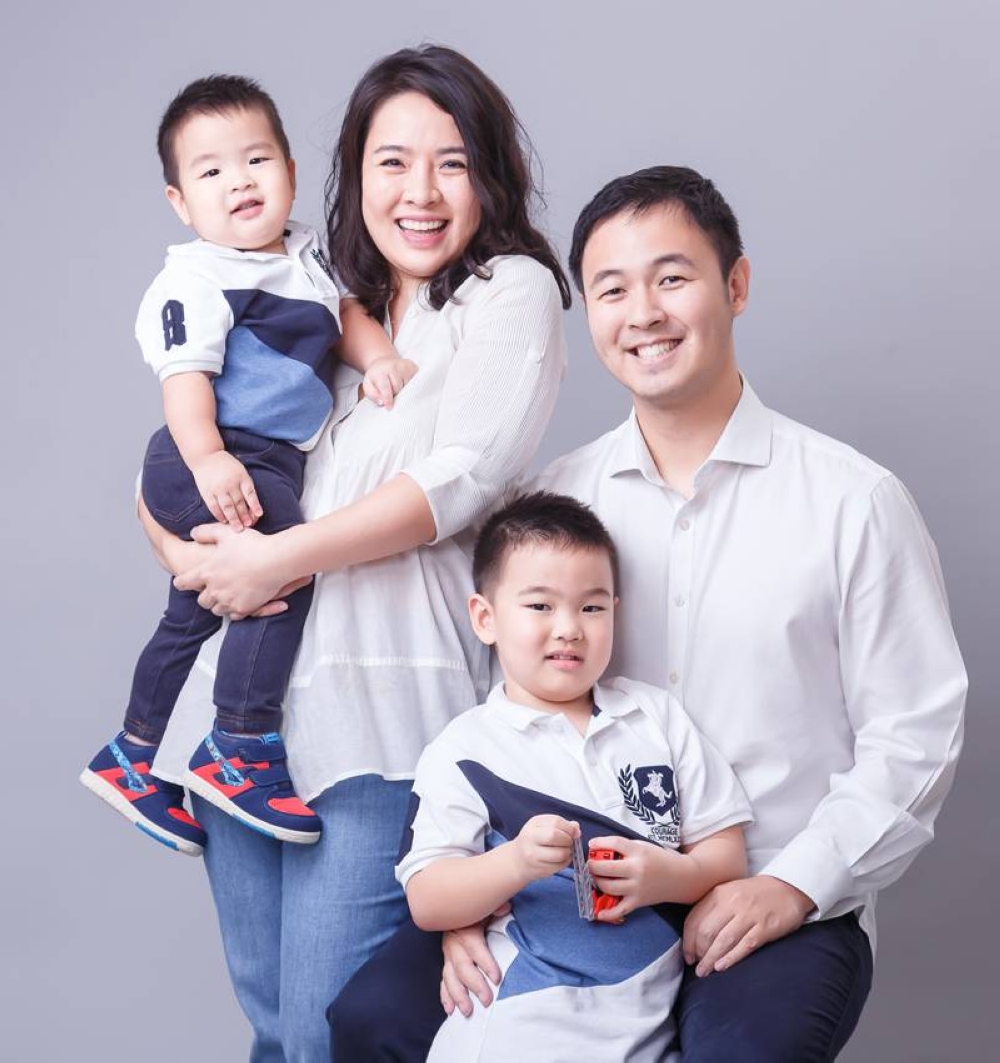 
Born and raised in Manila, with maternal roots from Zamboanga, Yu is Jesuit-schooled - Xaverian rather than Atenean for those compelled to qualify - and grew up in a family environment of conservative and entrepreneurial Chinese-Filipinos.

Simply smarter than the regular honor student in high school, he was accepted into the Singapore Asean Scholarship in the early 2000s and opted to complete his secondary education in the neighboring Lion City. Thrust into the British educational system adopted over in Singapore, he secured his O-Levels (General Certificate of Education) from the Raffles Institution and his A-Levels (the university prerequisite) from the Anglo Chinese Junior College.

With not one but two golden tickets to the big leagues of global finance, he easily landed an internship at Credit Suisse Hong Kong before climbing up the sterling ladder of investment banking in different parts of the world. Officially hired as a Commodities Research Associate at Credit Suisse London in 2010, he bid a fond farewell to this legendary financial institution as a Vice President (for Asia Fixed Income) at Credit Suisse Singapore seven years later.

With his incomparable wealth of experience, Yu decided to grab the opportunity to return to the Philippines in 2017 given the compelling two-pronged pull to head what was then an unknown shopping app called Shopee as Director for Operations and Business Intelligence. The first was to take on the challenge of ushering the Philippines into the convenience of the digital age which has long been enjoyed in the western world. The second and most important draw for Yu was to be able to establish a more stable family life for his young brood in the place he and his wife have always considered home.

Taking pause just right here, it should somehow make sense why The Sunday Times Magazine felt the need to confirm the subject's age before proceeding with the interview. For a start, his fast facts hardly seem to typify the "Y.O.L.O." (You Only Live Once) mentality that often puts Gen Y in a bad light.

Showing consistency and commitment rather than signs of the so-called "me generation" that thrives on passion and adventure, it seems quite unlikely that Yu should ever hear the lately-fangled yet already commonplace cliché of dismissal that goes, "Millennial kasi eh."

But while it is easier to praise him for being an old soul and all the pluses that come with what is generally considered the more grounded attitude and life approach, he will likely - but ever so politely - object and actually own up to being a millennial.

Why so? Because this grounded achiever is only too willing to take pride in the one constant that is common among his generation. Critics like to call the trait "being fickle," but Yu prefers to define it as "the ability to change."

He points out that if suddenly changing decisions is a flaw among millennials, he is guilty of doing so when he left his post as Vice President at Credit Suisse after only a couple of years and switch career paths in e-commerce. Though his example hardly counts in the very arbitrary scale on which to judge millennials by, Yu - a math whiz who always likes to make sense out of the most complicated of problems - is only happy to use it to prove the value of this supposed bane of millennial traits.

For the under-40 father of a young family and a young company, to change quickly and easily, not by impulse but out of necessity, is a powerful gift to millennials. For it is through this ability - this strength - that allows him to be the best dad to raise his two sons through the different stages of their development and amid such a volatile world; and the very same force that has led him to guide the men and women of Shopee and grow the company not just in scale but in genuine relevance to the Filipino people.

In the following interview, find out more about e-commerce proponent Martin Yu, as he opens up about the joys and challenges of being a millennial dad both at home and work.

The Sunday Times Magazine: Most everyone, especially in the beginning of the lockdowns, were forced to work home over a year ago already. Was this also the case for you and if so, how have you been doing when both are mere inches away from each other?

Martin Yu: Probably, the good, neutral answer is it's been fine. I think like most parents, I've been balancing this work life with the responsibility of being a father and having the kids at home.

STM: You have two young boys, how old are they and as a dad, what have you found most challenging in parenting them with all of the worries, restrictions and changes they've also had to deal with in their young age?

My eldest is Matthew and he's eight, and there's Markus who's five. On the not going out part, they understood it quite quickly moving on. I think we spent some time to say, "Hey, you know what's Covid? People get sick from it and we don't want to get sick so we need to keep our distance." Maybe they're just naturally cautious so they agreed with me almost immediately, so they're quite happy not to.

Luckily, they have a room where they're able to do their homeschooling and for most of the day they're there. Like I said, I balance it out by having a morning session and eat breakfast with them, then after that, we work and they go through their classes, and we kind of just catch up again at the end of the day and have play time together. 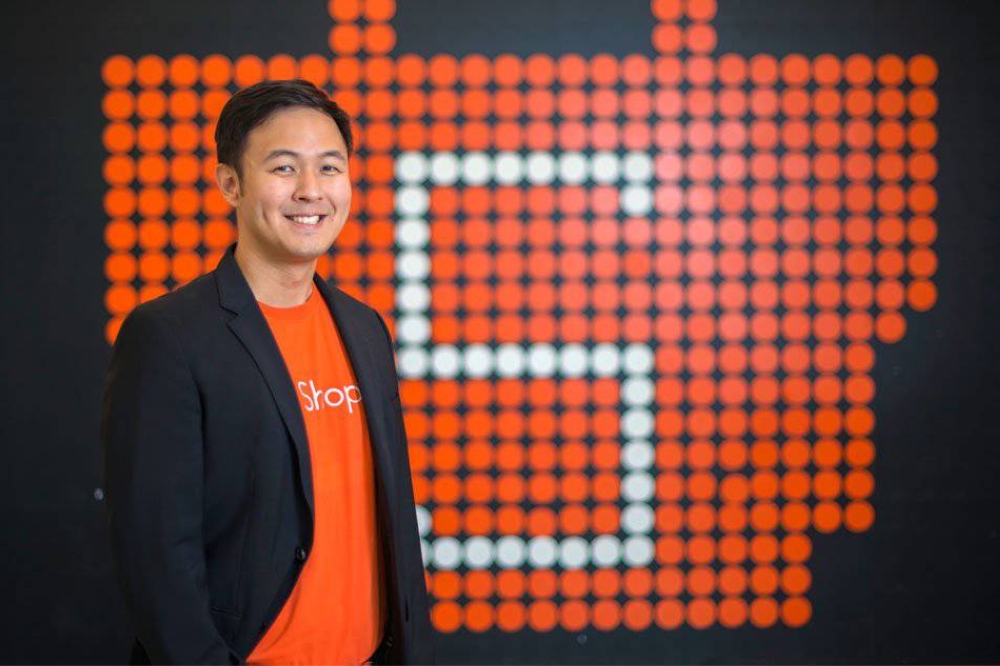 In leading Shopee to the No. 1 spot among the young crop of e-commerce platforms in the Philippines today, the country director says he constantly needs to change his leadership style — just as he does in parenting — depending on the kind of motivation and guidance his team requires over the ever evolving landscape of the digital industry.


STM: So do they barged in on Zoom meetings like everyone else's kids?

Yeah, actually they do. When they're done with online classes before I finish work, they're often behind me.

STM: How about the tutoring? Given your topnotch schooling background, do you help out?

I have to be thankful to my wife in that respect, because it's very difficult to do especially that young age and attention span.

STM: What would you say has been the most challenging part of being a parent in this time of the pandemic?

You could say it's getting through the work day at home but I consider it to be a blessing as much as a challenge because I get to see so much of them from day to day. And they're growing so fast! So in a way, this has been an opportunity [for me] that I would never have seen firsthand.

The challenge is, because they can't go out and play like they used to, you need to create outlets for them to use up their energy. And of course we try to provide them as much as we can, even if you can only really do so much.

STM: What kind of a dad are you? Pre-pandemic and in pandemic?

I'm kind of their friend right now. I like to join them in their games and conversations. But of course, I think I've changed as dad [from when they were babies], and it will change over time, depending on the guidance they need as they continue growing up.