Read Next
China's Communist Party in command in HK – expert

SULAWESI: A 6.1-magnitude earthquake struck off the coast of this major island in Indonesia Saturday, the United States Geological Survey said, but no tsunami warning was issued and there were no immediate reports of damage.

The strong quake hit 258 kilometers northeast of the city of Manado in North Sulawesi at a depth of 68 kilometers.

Indonesia experiences frequent quakes due to its position on the Pacific "Ring of Fire", an arc of intense seismic activity where tectonic plates collide that stretches from Japan through Southeast Asia and across the Pacific basin.

In January, more than 100 people were killed and thousands left homeless by a 6.2-magnitude quake that struck Sulawesi, reducing buildings to a tangled mass of twisted metal and chunks of concrete in the seaside city of Mamuju.

A powerful quake shook the island of Lombok in 2018 and several more tremors followed over the next couple of weeks, killing more than 550 people on the holiday island and neighboring Sumbawa.

Later that year, a 7.5-magnitude quake and a subsequent tsunami in Palu on Sulawesi island left more than 4,300 people dead or missing. 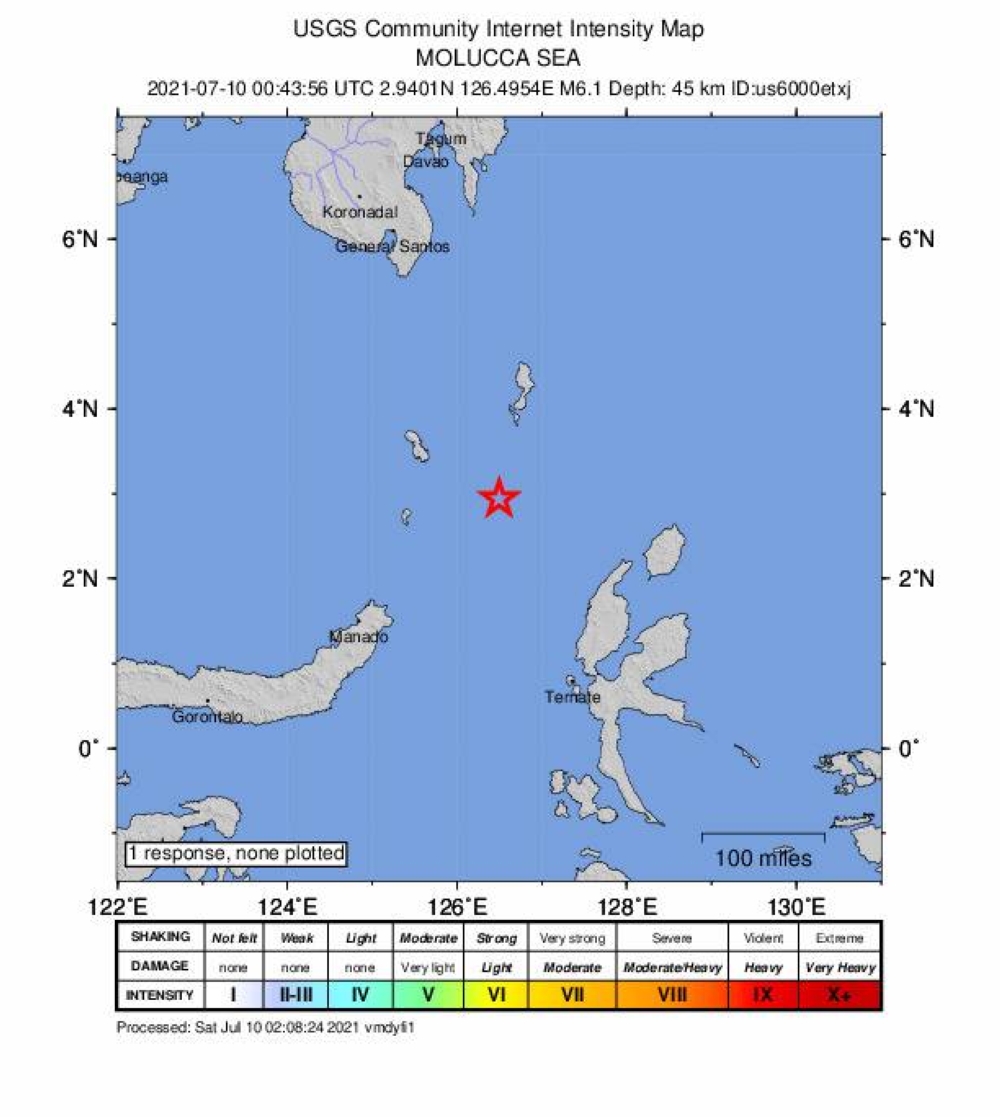