Surviving an accident in a Subaru

Read Next
PH urged to go easy in relaxing restrictions

No matter how careful we are or how painstakingly we plot out our journey, there will always be something that we could not control. In the case of an everyday commute, we can only depend on our preparation. How others move about is another story. That being said, even experienced drivers occasionally come face-to-face with the unexpected – even motoring writers who are expected to have a boatload of credits when it comes to handling unforeseen incidents on the road.

That being said, it is rare for any one of us in the industry to gain a full user experience with any car that we are given the privilege to try. Not impossible, but rare. Given this, never did I ever imagine that I would be writing a first-hand account of what it is like to be on the receiving end of an accident while driving a Subaru Evoltis, the brand's latest vehicle launch in the Philippines.

The Subaru Evoltis officially arrived on local shores last May. It was renamed from the Ascent, its original counterpart in North America. As Subaru's first seven-seater product in Asia, it was designed to be the sizable, multifunction family car that had the looks and turbo performance of a sleek, rugged SUV. Being a Subaru, the all-new Evoltis ran on a 2.4-liter turbocharged Boxer engine and came equipped with the award-winning Subaru EyeSight driver assist technology system.

The car was released to me just before the weekend, in the Abyss Blue Pearl colorway. From the outside, it looked massive, standing proudly on 20-inch aluminum alloys. For a petite female, the cabin felt cavernous and the seating was higher than any Subaru that I had driven. As I drove the Evoltis northbound from the Subaru dealership in Manila Bay, it quickly began to feel all sorts of familiar. No doubt about it - it drove like an American SUV. Its body was decidedly heavy, in proportion to its size, but the steering was lighter and quicker on turns than the Forester. Its turbocharged engine made it responsive to acceleration, but its weight kept the suspension stable and smooth.

Because of that initial experience, I was excited to have the family try it out over the weekend. The seating was spacious, with generous legroom at every row, which meant that it could easily seat a family of five and a dog. Suffice to say that I drove the Evoltis with all the confidence that I did on our own Forester. With the EyeSight as a standard, safety was a no-brainer, on top of the 100 other ways that made a Subaru one of the safest cars there was.

All that confidence, however, went out the window the second I realized that a speeding taxi cab was coming at me at top speed, with no signs of slowing down whatsoever. At that point, it did not matter what car I was driving or how supposedly well-trained I was in reacting to such a situation. All I remembered was that, in my eyes, the scene played out in near slow motion and before I knew it, the oncoming vehicle had t-boned the Evoltis at full impact.

Now, we've always talked about how Subaru's are designed to last, made with a heavy, sturdy, durable body that have been the talk of testimonials throughout the brand's safety campaign. It wasn't until that moment that I realized how much of a difference these claims actually made. When the oncoming car struck the side of the Evoltis, the Evoltis absorbed so much of the blow that I, in the driver's seat only felt a momentary jerk and rocking motion, as if the car had just come to a sudden brake. The car stood its ground and remained stable, with no signs of even tipping over. 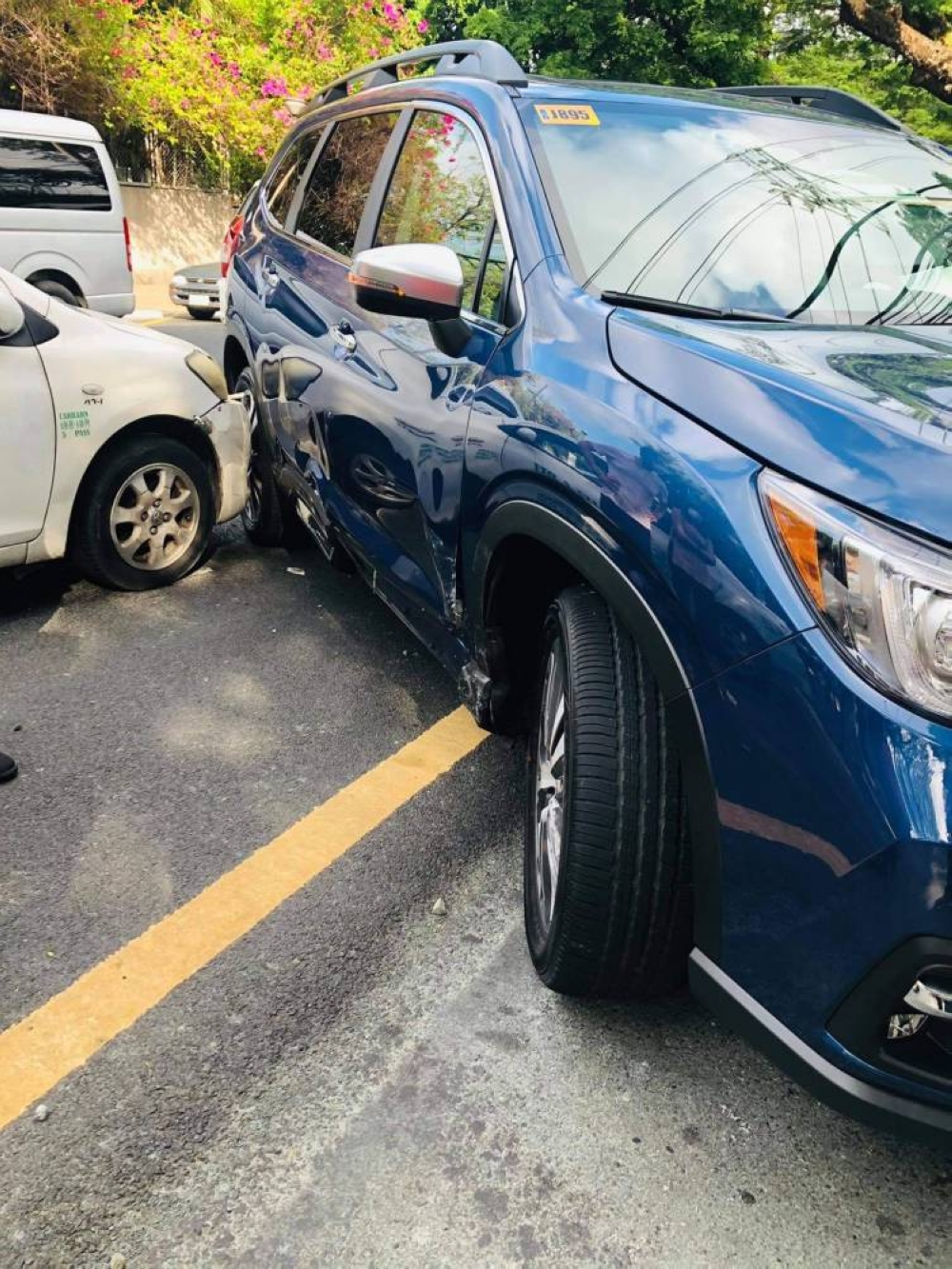 In fact, when it was over, it took me a few seconds to realize what had just happened. The effect of the impact on me was minute that I was mildly surprised at the actual damage I saw when I finally got out and surveyed the accident.

In that split second when there was nothing that could prevent the inevitable, the only thing that stands between you and a major repercussion is the car cabin. While the damage to the Evoltis was fairly substantial, including the need for possible mechanical repairs, I came away relatively unscathed.

The Subaru Evoltis succeeded in what any vehicle should be able to do - protect its passenger - and added a new level of confidence in how well-made and safe Subaru's truly are. The "Safety In 100 Ways" campaign isn't all fluff. Take it from someone who used to love a Subaru just for how it drives, but now has newfound respect for the actual protection it can offer.