LATE June's heat wave that scorched the US' Pacific Northwest and western Canada is the most compelling proof yet that human-induced climate change is pushing the planet's temperature off the charts.

Hundreds of people were killed, reservoirs dried up, roads buckled and wildfires raged as temperatures soared to triple-digit levels.

A team of 27 experts who analyzed the heat wave agreed it was more than rare - it was a once-in-a-millennium event. And they are convinced global warming increased its likelihood by at least 150 times.

But for scientists, the biggest takeaway is that as the warming continues, extreme heat waves "will become a lot less rare." Turning that statement around, it simply means such a brutal weather event will become the new normal. 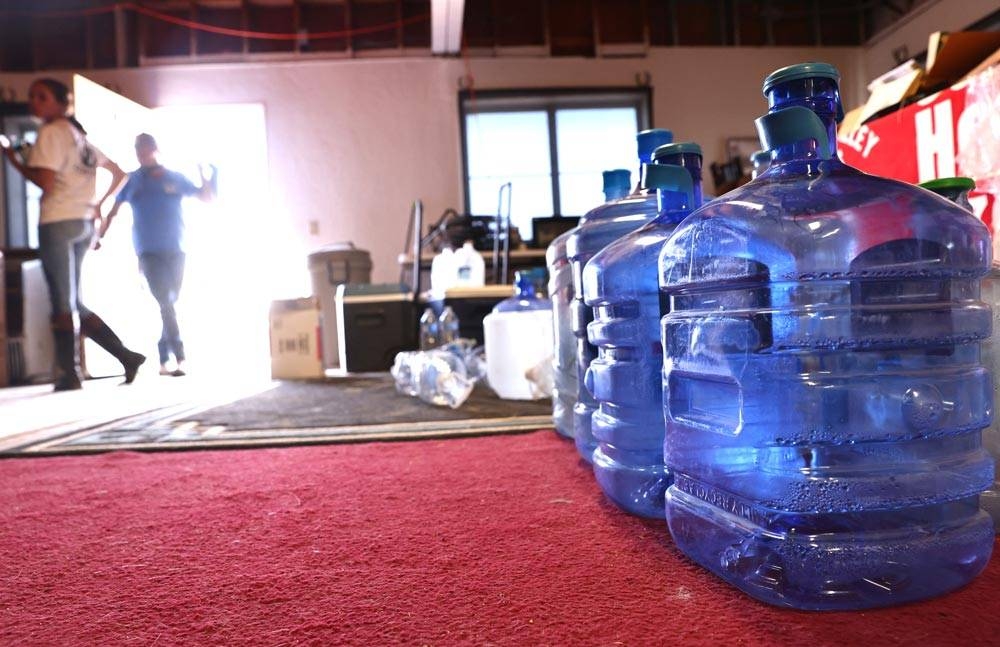 Volunteers stand near water bottles, now empty, which were donated by community members at Coachella Valley Horse Rescue, amid a water shortage at the rescue, on July 11, 2021 in Indio, California. The well that normally supplies running water to the rescue recently broke and they have been relying on water donations from the community and local fire department to keep their 18 horses alive amid a heat wave in California. ‘Dangerously hot conditions’ are hitting the Coachella Valley this weekend with possible highs of 115 to 120 degrees, according to the National Weather Service. An excessive heat warning was issued for much of California through Monday. Climate models almost unanimously predict that heat waves will become more intense and frequent as the planet continues to warm. AFP PHOTO


Over the years, awareness of the deadly impact of global warming has been growing. Campaigns to reduce carbon emissions have sprouted and more governments have adopted policies to curb greenhouse gases. It is an encouraging development, but the consensus is much more needs to be done and it has to be done soon.

Global warming is a naturally occurring phase our planet goes through in much the same way it has experienced several ice ages. But left on its own, Earth always finds a way to survive these climatic cycles and restore ecological balance.

Man has upset that balance and did so in less than a thousand years.

The Industrial Revolution that flourished in the 18th century saw the shift from an agrarian economy to a factory-driven one. The machines in the factories needed fuel to run and coal quickly replaced wood as the fuel of choice.

As more factories were built, more coal was burned. Soon soot, the most visible byproduct of coal, began to envelop the villages surrounding the factories, but it was considered as more of a tolerable inconvenience than a health or environmental hazard.

Decades later, the automobile became the next biggest catalyst for air pollution, releasing carbon dioxide in the form of exhaust fumes. Soon after, chlorofluorocarbons of CFCs and similar refrigerants found their way into the upper atmosphere, eroding the ozone layer.

It was not until 1970 air pollution began attracting attention as a threat to humans and the environment. That year, the US Congress passed the Clean Air Act, which established the first set of air-quality standards.

Still, it took a while to convince world leaders that air quality is directly linked to climate change. It was only in 1997 36 countries signed the Kyoto Protocol, an agreement to reduce carbon dioxide emissions and other greenhouse gases.

Over the past 24 years, the goals set by the Kyoto Protocol have been tweaked to adjust to the prevailing situation. But many believe the revisions are too slow in coming.

For one, not every country is on the same page when it comes to forming a united response to global warming. It was only when Joe Biden was elected president the US government embraced a firm resolve to take the lead in addressing climate change.

China and India, two of the world's biggest polluters, are not totally committed.

Raising the red flag over global warming becomes even more difficult because the world is focused on fighting the coronavirus pandemic.

But the heat wave in Canada and the US should serve as a warning of the cataclysm looming on the horizon. Heat waves are just one tragic aftermath of climate change. We must be prepared for more severe droughts, storms and floods as well.

"Our results provide a strong warning: our rapidly warming climate is bringing us into uncharted territory having significant consequences for health, wellbeing and livelihoods," scientists who analyzed the recent heat wave wrote.

It is fatal to ignore their warning.