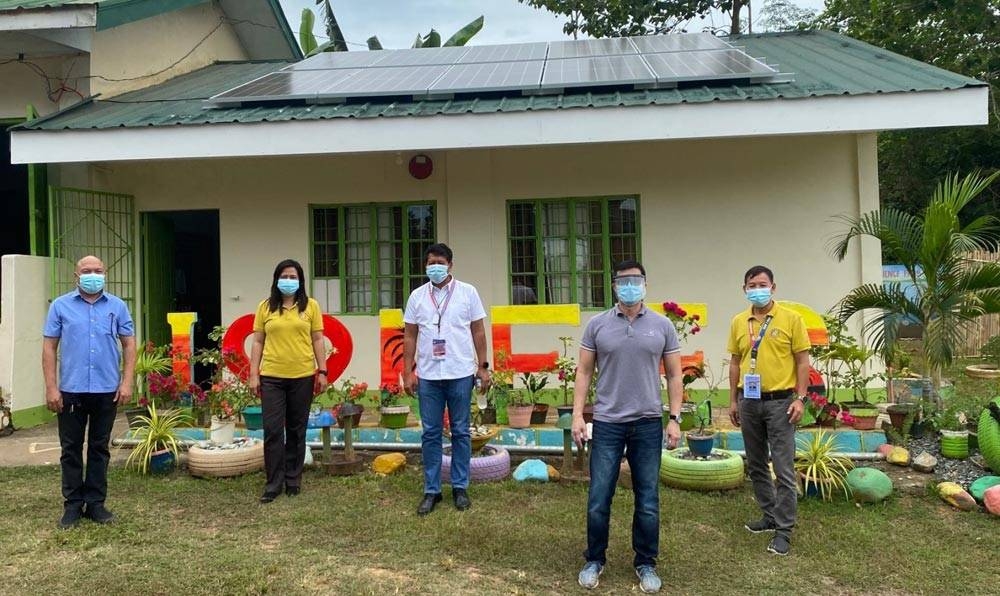 
The computer labs in all 20 public elementary and high schools in the municipality of Sual in Pangasinan are now powered by solar energy after the installation of on-grid solar energy systems was completed through a program funded by TeaM Energy and TeaM Energy Foundation Inc. (TEFI), in partnership with the Sual local government and the Department of Education (DepEd).

"All 22 computer labs in the 20 public schools in Sual are equipped with solar power systems capable of powering the computer systems of these schools. This should result in significant savings in their electric bills," said Ma. Teresa Lopez, TEFI vice president. "We would like to thank Sual Mayor Liseldo "Dong" Calugay for helping us make this project possible," she added.

TeaM Energy made possible the installation of 22 units of 4.6 kilowatts peak (kWp) grid-tied photovoltaic systems in each of Sual's public schools. Each unit is capable of energizing eight computer units, reducing dependence on electricity from the grid.

The schools can also use the generated electricity to light up the facilities and power small equipment such as printers, photocopiers, in case the computer lab is not being used. This results in instant savings for the schools as the computer labs are currently being used in the production of learning modules.

Sual, a first-class municipality which hosts TeaM Energy's 1,200 MW Sual Power Station has a total of 20 public schools, with 17 of them elementary schools, two integrated schools and one high school. The two integrated schools were each provided with two solar power systems for their two computer labs, while all the remaining schools received one solar power system for their respective computer labs.