Stepping up the fight against global hunger

THE United Nations reports that the Covid-19 pandemic was likely to have contributed to the dramatic spike in global hunger in 2020. During that year, about 811 million people, or 1 out of 9 individuals of the world's population, did not get enough to eat.

The report, prepared by five UN agencies, said the increase set back international efforts to end global hunger by 2030.

Hunger or undernourishment is a problem that has plagued the world for ages. But according to the UN, it began to worsen in the mid-2010s, and in 2020 outpaced population growth. Some 9.9 percent of all people are estimated to have been undernourished last year, up from 8.4 percent in 2019.

More than half of all undernourished people live in Asia and more than a third in Africa. The UN report said the sharpest rise in hunger was in Africa, where the rate of undernourishment is twice that of any other region. 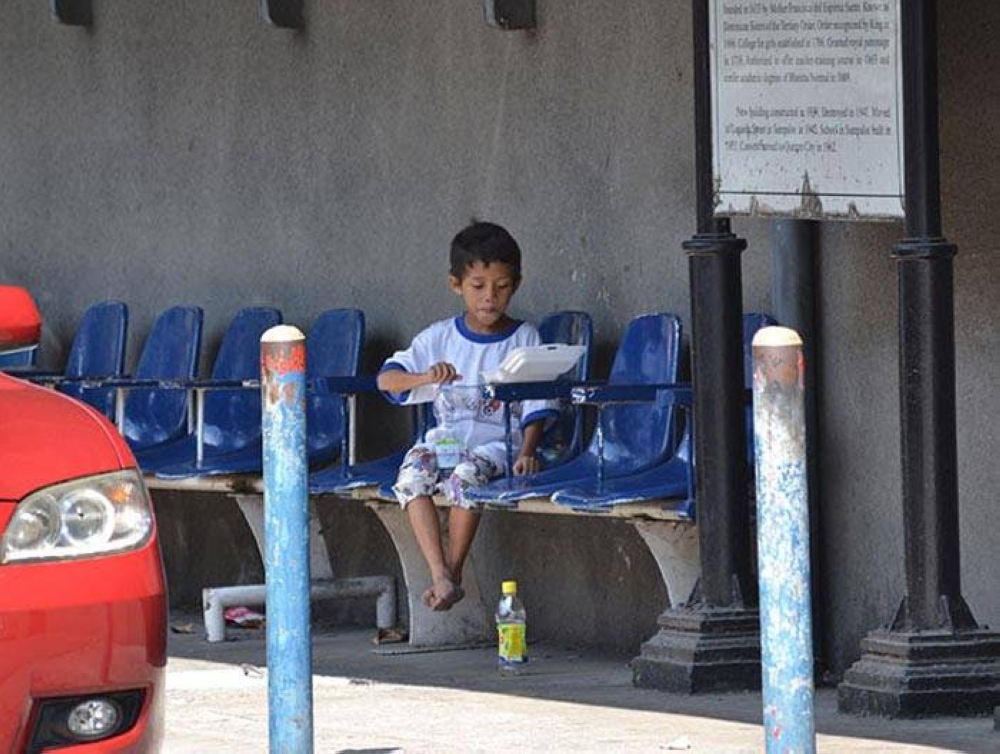 A street child eats on the sidewalk in Intramuros, Manila. PHOTO BY ENRIQUE AGCAOILI


Global hunger has defied dozens of campaigns to defeat it, mainly because it is triggered by any of several interconnected factors.

It has been blamed on climate change, pandemics, wars and even corruption. But hands down, the biggest driver of global hunger is poverty.

The poor have always been the biggest victims of hunger, and the number of people considered to be in extreme poverty is rising. In 2020, the pandemic was believed to have pushed as many as 115 million into extreme poverty. This year, the number could rise to 150 million. That means more hungry mouths to feed.

Sadly, the awareness of the problem of global hunger creeps into the public consciousness only when a conflict-induced famine in Africa or a food shortage in Asia caused by natural calamities make headline news.

After the initial flood of aid and the usual photos and television footage of celebrities and government officials handing out food packs, the interest quickly dissipates.

Charities and international aid agencies valiantly soldier on with their own campaigns, but they are the first to acknowledge that their efforts are not enough to stem the rising tide of hunger.

Many solutions have been offered. The UN paper proposes addressing poverty by improving food value chains in poor communities through technology transfers and certification programs. It also calls for an "enabling environment of governance mechanisms and institutions" to make transformation possible.

With more than a quarter of a billion people at the risk of starvation, swift action needs to be taken to provide food and humanitarian relief to the most at-risk regions.

It also stresses the need to dramatically change the global food and agriculture system "if we are to nourish the more than 690 million people who are hungry today - and the additional 2 billion people the world will have by 2050."

The cost of nutritious foods must be brought down "by encouraging the planting of bio-fortified crops or making it easier for fruit and vegetable growers to access markets."

According to the World Food Program, 135 million suffer from acute hunger largely due to manmade conflicts, climate change and economic downturns. The Covid-19 pandemic could double that number, putting an additional 130 million people at risk of suffering acute hunger by the end of 2020.

It enjoins policymakers to consult widely; to empower women and youth; and to expand the availability of data and new technologies.

One practical solution is for every individual to find out what he or she can do to fight world hunger. Setting up urban farms, for example, gained popularity during the pandemic.

But we must act now or, as the UN report warns, "watch the drivers of hunger and malnutrition recur with growing intensity in coming years, long after the shock of the pandemic has passed."