WE support policies and initiatives to develop and harness the creative industries in order that they may contribute more to the country's economic development. At a business forum organized by The Manila Times, Rep. Christopher "Toff" de Venecia of the Fourth District of Pangasinan said the Philippines should aim to be the No. 1 creative economy in Southeast Asia, a goal proposed by the nonprofit organization Creative Economy Council of the Philippines.

The congressman explained that creative industries were, in fact, thriving from government neglect, but their full potential has yet to be realized. As it is, creative industries contribute 7.3 percent to the total economy with a nominal value of about P661 billion, according to data from the Intellectual Property Office of the Philippines. To better appreciate those figures, the economic contribution of overseas Filipino worker remittances, which has been largely credited for the country's rapid economic growth for more than two decades, is about 10 percent of gross domestic product.

In terms of jobs generated, the creative industries employ about 4.3 million Filipinos, mostly freelancers, but the representative added that the Department of Trade and Industry has a higher estimate of 4.8 million. Both those numbers may actually be understated given the size of the country's informal sector. 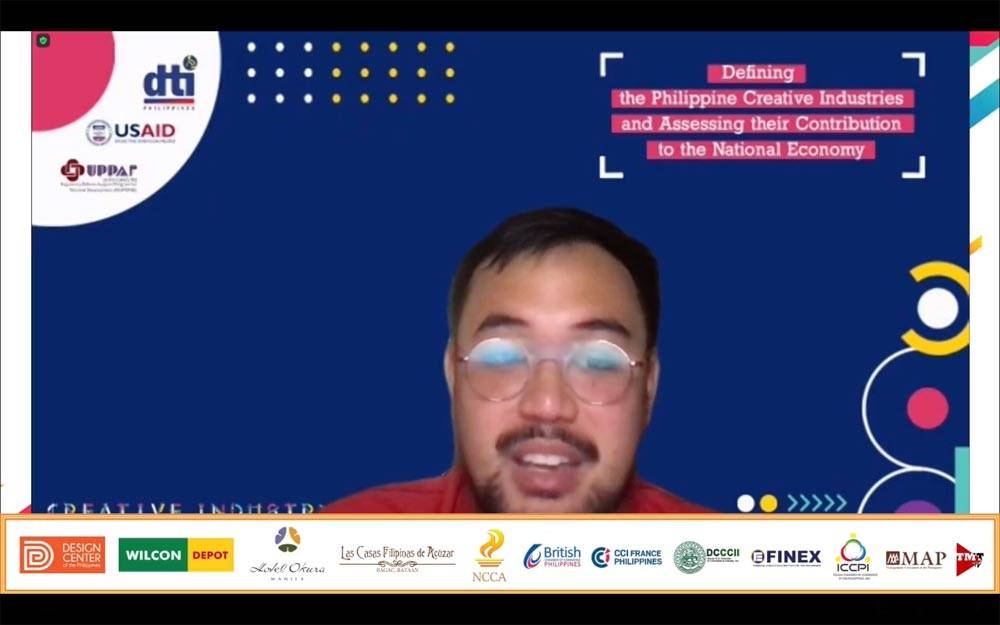 
So, as Mr. de Venecia argues, there is, as they say, room for improvement. In the Association of Southeast Asian Nations (Asean), he noted that the Philippines ranks only fifth in the export value of local creative goods and services. Imagine how many more Filipinos would have jobs and how much wealthier the country would be if the Philippines was the No. 1 creative economy in Asean.

To realize that dream, Mr. de Venecia, along with the more than 50-member creative industries bloc in the House, is pushing to pass two bills in Congress. These are the Philippine Creative Industries Development bill and Freelance Workers Protection bill.

Basically, these proposals will align the needs of creative industries and of its workers with the government's economic development policies and programs. When the bills become law, the authorities will identify and monitor relevant indicators and address policy gaps as well as create a multiagency council to serve at the front line of that endeavor.

The bill for freelancers, in particular, introduces measures to protect the economic rights of many of those working in the so-called gig economy and encourages them to enter the formal sector. If enacted, this bill would require their customers to sign contracts that details the freelancer's scope of work, compensation and other obligations.

Clearly, these measures are intended to boost certain industries and individuals at a time when the whole economy is in a slump because of the Covid-19 pandemic. It seems prudent, if not strategic, to promote those industries where the Philippines enjoys a comparative advantage over other countries.

Of course, the dividends will be more than economic. Developing our creative industries will also enhance the Philippines' soft power and bolster our national pride.

Perhaps through these initiatives, we shall see a revival of Philippine cinema, which has been eclipsed in Asia by India's Bollywood and, more recently, by South Korea's K-drama. Of course, the bills championed by the House bloc cover a broader part of the economy. Notably, though, the bills offer programs for those in the sector that need relief either from the pandemic's economic impact or from competition.

Given all the above, we hope that the twin bills mentioned here will become law soon. Perhaps President Rodrigo Duterte can certify them as urgent in his final year in office given their economic significance.

Merlee Cruz-Jayme of the advertising agency Dentsu International, another speaker at The Times business forum, summed it up better: "Filipino creativity is the currency of the future."