LONDON: The UN's cultural agency UNESCO on Wednesday voted narrowly to remove Liverpool's waterfront from its list of world heritage sites, citing concerns about overdevelopment including plans for a new football stadium.

At committee talks chaired by China, 13 delegates voted in favor of the proposal and five against - just one more than the two-thirds majority required to delete a site from the global list.

"It means that the site of Liverpool Maritime Mercantile City is deleted from the World Heritage List," Tian Xuejun, chairman of UNESCO's World Heritage Committee, declared.

It is only the third such removal, after previous decisions affecting Oman and Germany, and followed two days of committee discussions that exposed tensions about how cities around the world can preserve their past while also moving forward.

Liverpool City Region Mayor Steve Rotheram called it "a retrograde step" taken by officials "on the other side of the world".

"Places like Liverpool should not be faced with the binary choice between maintaining heritage status or regenerating left-behind communities - and the wealth of jobs and opportunities that come with it," he said.

The UK government said it was "extremely disappointed" in the decision.

The government believes that "Liverpool still deserves its world heritage status given the significant role the historic docks and the wider city have played throughout history", a spokeswoman said.

But UNESCO delegates heard that the redevelopment plans, including high-rise buildings, would "irreversibly damage" the heritage of the port in northwest England.

The International Council on Monuments and Sites, which advises UNESCO on the heritage list, said the UK government had been "repeatedly requested" to come up with stronger assurances about the city's future.

The planned new stadium for Everton football club was approved by the government without any public enquiry, and "is the most recent example of a major project that is completely contrary" to UNESCO goals, it said. 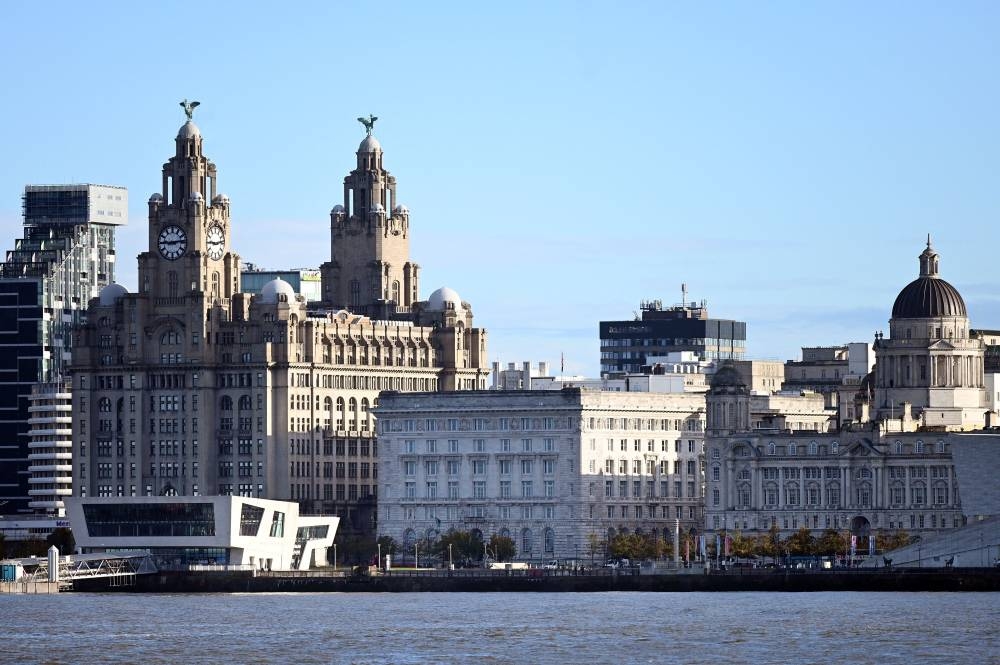 In this file photo taken on October 13, 2020 buildings on Liverpool's waterfront, including the Liver Building, are pictured across the River Mersey. AFP PHOTO

From shipping to music

Several countries had backed the UK, agreeing it would be a "radical" step in the midst of the coronavirus pandemic, and urging more time for a new city council elected in May.

A corruption scandal linked to regeneration funding had engulfed the old city leadership, prompting the national government to step in temporarily before the May local elections.

Those who argued against delisting Liverpool included Australia, whose own listing for the Great Barrier Reef is threatened in this year's UNESCO deliberations.

Norway in contrast said that while it was "painfully aware" of conflicts between development and heritage conservation, a "delicate balance" was possible, which was lacking in Liverpool.

The prestigious World Heritage label can be a boon for tourism, while encouraging governments to protect cultural or environmental treasures.

But addition is not permanent, and sites can also be stripped of their status or be warned they are at risk.

The waterfront and docks of Liverpool were listed by UNESCO in 2004, after an ambitious regeneration following decades of decline in one of the cradles of Britain's Industrial Revolution.

The city also saw the departure of millions of Irish and British emigrants - as well as African slaves - to the United States and elsewhere, a history that forged what UNESCO deemed Liverpool's "distinctive character and unique spirit."

But since 2012 the agency has locked horns with UK officials over development that has seen extensive restorations but also new construction that UNESCO inspectors say is overwhelming the district.

It had urged the city to limit building heights and reconsider the proposed new stadium for Everton at a derelict dock site, warning of "significant loss to its authenticity and integrity".

The waterfront is also the site of a statue honoring the four members of The Beatles, the most famous cultural export from a city rich in musical history. AFP