GENEVA: Extreme weather events and natural disasters will continue to increase, an expert and the head of the World Meteorological Organization (WMO) warned on Monday (Tuesday in Manila), saying climate change was the root cause for the torrential rainstorms and deadly floods ravaging across Western Europe this summer.

Speaking exclusively to Xinhua, Petteri Taalas, secretary general of the Geneva-based WMO, said: "We have always had extreme weather events, but because of climate change, we have started seeing them more often and they are more intense."

"Without climate change we wouldn't have observed such high temperatures in western parts of Canada and the US, so that's a clear indication of climate change," he said. 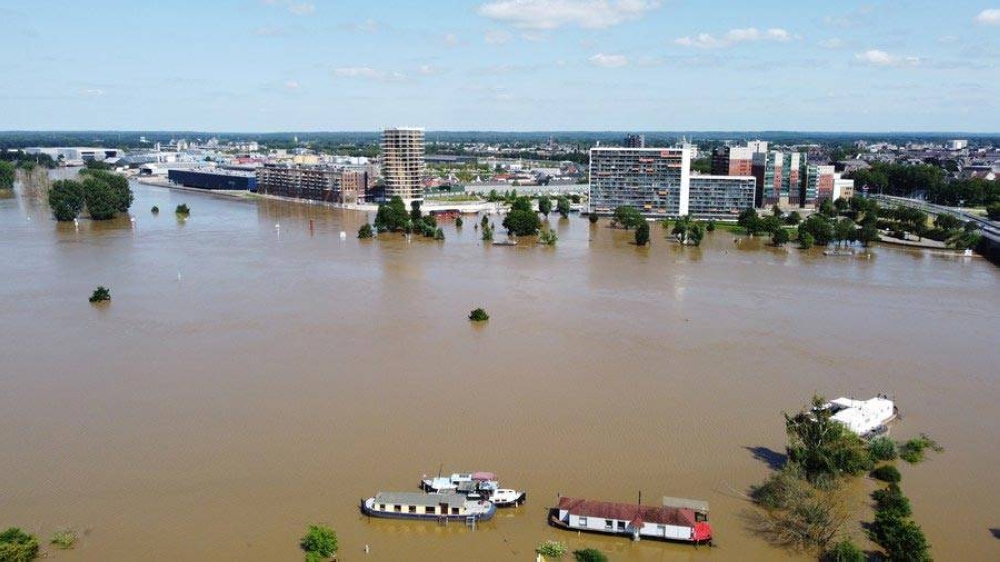 Aerial photo taken on July 17, 2021 shows a flooded area in Roermond, Limburg, a province in the southeastern part of the Netherlands. Jelle Aerts/Lofi-original/Handout via Xinhua


At the same time, devastating flash floods due to heavy rainfalls have swept through several western European countries in the past few days, killing more than 100 and causing huge damages.

In the report "Summer of extremes: floods, heat and fire," the WMO said on Friday that some parts of Western Europe received up to two months worth of rainfall in two days (July 14 and 15) on soils that were already near saturation.

"The top one meter of soil was completely saturated or well above field capacity after the intense rain in the most affected regions of Belgium, the Netherlands, Luxembourg and Germany," it said.

Asked about whether he expected more natural disasters over the next couple of years, Taalas said: "Climate change will anyhow continue for the coming decades. If we are successful with climate mitigation, we could stop this negative trend in the 2060s."

Countries around the world have pledged to reach a global peak of greenhouse gas emissions as soon as possible and to achieve a climate neutral world by mid-century.

The Paris Agreement, which was adopted by 196 parties in Paris in 2015, sets a target of holding the global average rise in temperature below 2 degrees Celsius above pre-industrial levels and preferably below 1.5 C.

Taalas also stressed that no region in the world was safe from the negative impacts from extreme weather events and natural disasters.

"One could say that it's a global thing. Last year, we had severe drought in the same areas where we now have these problems in North America and also in South America in the Amazon region with also record-breaking drought."