IS claims responsibility in Iraq bombing

SADR: The Islamic State (IS) group claimed responsibility early Tuesday for a suicide bombing that ripped through a busy market in the Iraqi capital ahead of Eid holiday celebrations, killing nearly 30 people, according to medical sources.

In a message posted to its Telegram channel, the militant group said a suicide bomber named Abu Hamza al-Iraqi detonated his explosive belt in the middle of a crowd in Sadr City, an eastern Baghdad suburb on Monday night, killing more than 30 and wounding 35 others.

In one of the worst attacks in Baghdad in recent years, body parts of victims lay scattered across the previously bustling market that had been crowded with shoppers buying food ahead of the Islamic festival of Eid al-Adha, according to an Agence France-Presse (AFP) photographer.

Some 50 people were also wounded in the blast, medics said. Iraqi President Barham Salih called the bombing in the densely populated majority-Shiite suburb of Sadr City a "heinous crime" and offered his condolences. 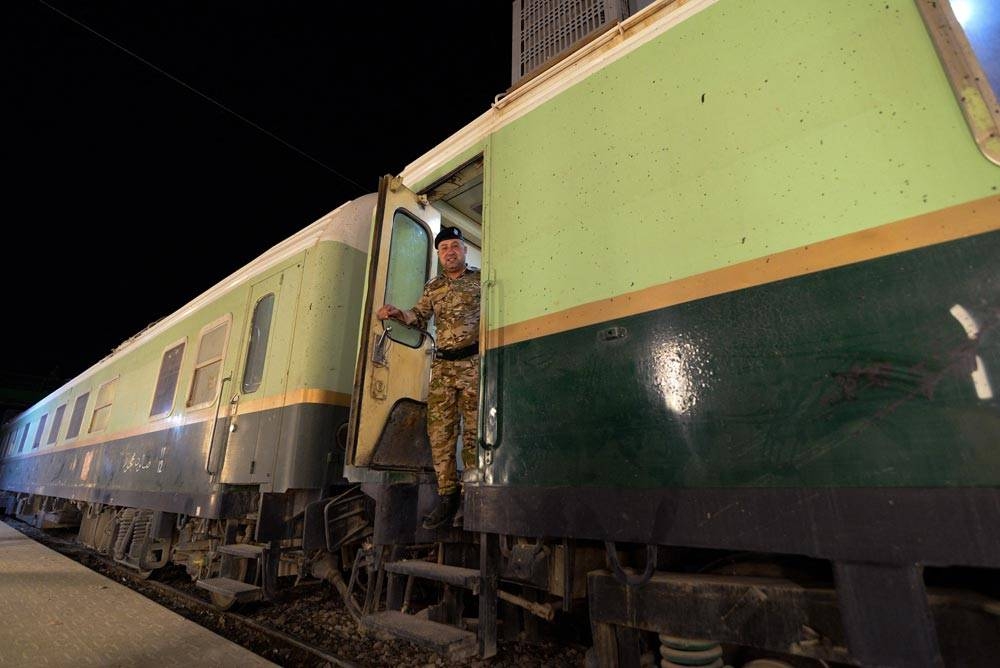 An Iraqi security officer stands at the entrance of a comaprtment coach of the first train to arrive to the northern city of Mosul since its recapture from the Islamic State (IS) group, on July 12, 2021. AFP PHOTO


"They are targeting our civilians in Sadr City on the eve of Eid," Salih said in a message on Twitter. "They do not allow people to rejoice, even for a moment." Eight women and seven children were among the dead, according to medical sources, who said the toll lay between 28 and 30 killed.

In an early Tuesday statement, children's agency United Nations Children's Emergency Fund confirmed that children were killed and injured in the attack. "This horrific attack right before Eid al-Adha is a terrible reminder of the violence Iraqi children continue to face," it said.

Video footage shared on social media after the blast showed bloodied victims and people screaming in terror. The blast was so strong it ripped the roofs off some market stalls.

Refrigerators full of water bottles were drenched with blood and shoes were strewn on the ground alongside fruit, AFP journalists said.

Such violence was commonplace in Baghdad during the sectarian bloodletting that followed the US-led invasion of 2003 and later on as IS swept across much of Iraq and also targeted the capital.

But after years of deadly violence, militant attacks have become relatively rare in the capital Baghdad. Deadly bombings have been rare in Baghdad as the security situation has improved in Iraq since the Iraqi security forces fully defeated IS militants across the country late in 2017.

However, IS remnants have since melted into urban areas or deserts and rugged areas, carrying out frequent guerilla attacks against security forces and civilians.