Read Next
Muted, modern Filipiniana - and inaul fabric - were rage

AFTER 97 years, the Philippines finally won its first Olympic gold medal on Monday when Hidilyn Diaz ruled the women's 55-kilogram weightlifting event and made history. 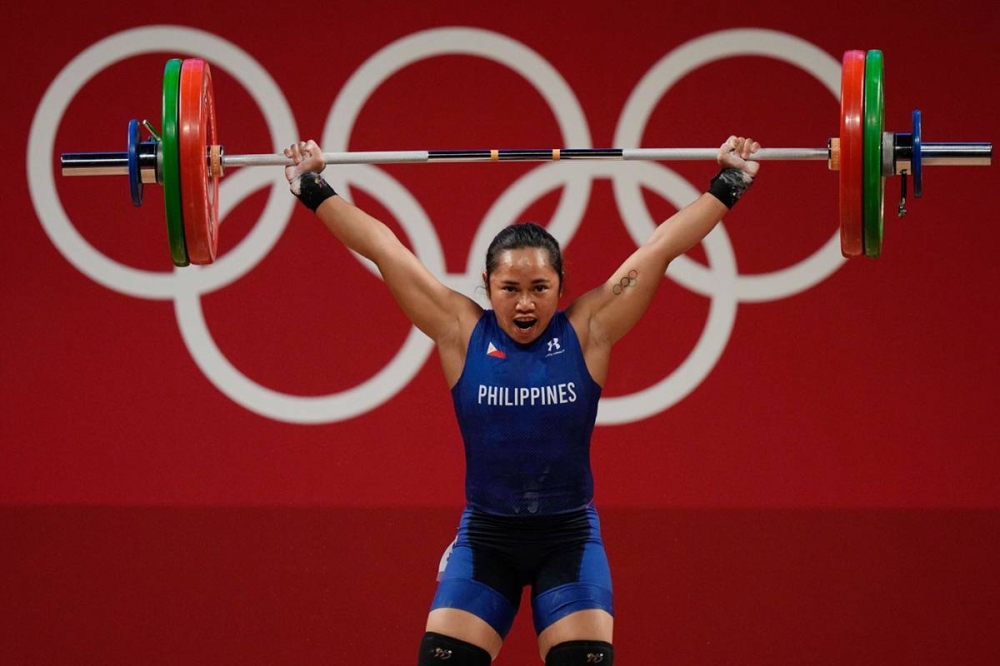 
She smashed her personal best to see off world record holder Liao Qiuyun of China who had to settle for silver.

With Liao setting a target of 223 kg, just 4 kg shy of her own world record, Diaz was faced with a final clean and jerk of 127 kg to win - fully 5 kg more than she had ever achieved in competition.

With a massive effort, she hoisted the huge Olympic record weight and the tears of joy began to flow even before she dropped the bar to the floor after a triumphant effort.

Liao took the silver with Kazakhstan's Zulfiya Chinshanlo the bronze.

Diaz spent the last year and half training in exile in Malaysia because of Covid restrictions, so dedicated was she to claim an unprecedented gold in her fourth and probably final Games.

With her gold win, Diaz made Olympic history twice - she was the first Filipina to win an Olympic medal when she snared a silver five years ago to break the country's 20-year medal drought.

The Zamboanga native was already assured a place in her country's sporting folklore, alongside the likes of boxing icon Emmanuel "Manny" Pacquiao.

The Philippines first joined the Olympics in 1924.

Diaz's gold is also the second Philippine medal in Tokyo with the first one being the silver of the late Pinoy boxer Anthony Villanueva in the 1964 Tokyo Olympiad.

She also became the second Filipino athlete to win two Olympic medals, following the great swimmer Teofilo Yldefonso who won two bronze medals - one each from the 1928 Amsterdam and the 1932 Los Angeles Games.

Diaz's Olympic conquest will likely serve as a fitting end to her Olympic career, which started when she was 17 years old in the 2008 Beijing Games. She also competed in the 2012 London Olympics.

In a previous interview with The Manila Times, Diaz shared that she considers the Tokyo Olympics as her last.

"I look at the Tokyo Olympics as my last Olympic stint. When it's your last chance, you do your best. And as an athlete, you don't always get the chance to qualify in the Olympics so I have to do my best and treat it as my last Olympics," she said.

Sen. Christopher Lawrence "Bong" Go was among the first to congratulate Diaz for her historic win.

"Congratulations to Hidilyn Diaz for winning the Philippines' first-ever gold medal in the entire history of the Olympic Games!" the senator said in a statement.

"Seeing our flag flying high inspires us further to overcome the challenges and rise triumphant amid the crises we are facing. As chairman of the Senate Committee on Sports and on behalf of the Filipino people, thank you for giving us hope and bringing pride once more to our beloved country," he added.

Sen. Panfilo "Ping" Lacson also lauded Diaz for "lifting the nation on her shoulders and beating a field that included China's pride."

"More than making history for bringing the Philippines its first Olympic Gold Medal, weightlifter Hidilyn Diaz has brought national honor, national pride and good news to the Philippines at a time we Filipinos need them most," he said.

He added that Diaz became "a unifying and rallying point for us Filipinos to carry the weight of the humongous problems we face."

WITH AFP AND BERNADETTE TAMAYO