I INTENDED to submit to the editors of The Manila Times the last installment of my short essay on the fourth anniversary of "Dulowtard History Live" for today's column. It was written two weeks ago, but I did not submit it early as I often do. I held it off because I wanted to wait until after President Rodrigo Duterte's last State of the Nation Address (SONA) was finished. The President could do or say something explosive, and I would have no choice but to talk about that instead.

However, a welcome news came up just as the SONA finished. Weightlifter Hidilyn Diaz made history by earning for the country our first official gold medal in the Summer Olympics. (NB: Bowler Arianne Cerdeña won the country's first Olympic gold medal in Seoul 1988, but bowling was just a demonstration or exhibition sport back then. A demonstration sport is not part of the official list of events in the Olympiad but was chosen by the host country for promotion and possibly for inclusion in future Olympic events. Until the Tokyo 2020 games, bowling has not yet been made a regular sport in the Olympics.) Diaz herself in Rio de Janeiro 2016 and boxers Mansueto Velasco in Atlanta 1996 and Anthony Villanueva in Tokyo 1964 bagged silver medals before, but the gold has always eluded the country.

The gold medal drought speaks of the insanely high level of competition at the Olympics, even though athletes and sports officials always say that the lack of government support is the main reason why we have never won gold before. I am not so sure about that though. There has never been a clear correlation, not to mention causality, between gold medals and (government) support for athletes. Lack of support is just a convenient excuse for not winning. If that were the case, the well-funded Gilas Pilipinas should be winning the Olympic gold every time. But the Gilas teams have never even reached the Olympics although they did play in the FIBA Basketball World Cup in 2014, the first time the country reached that stage since 1978. The last time our men's basketball team participated in the Olympics was in Munich 1972. This is not a knock on Gilas but a refutation of the argument that (financial) support for athletes will assure medals. 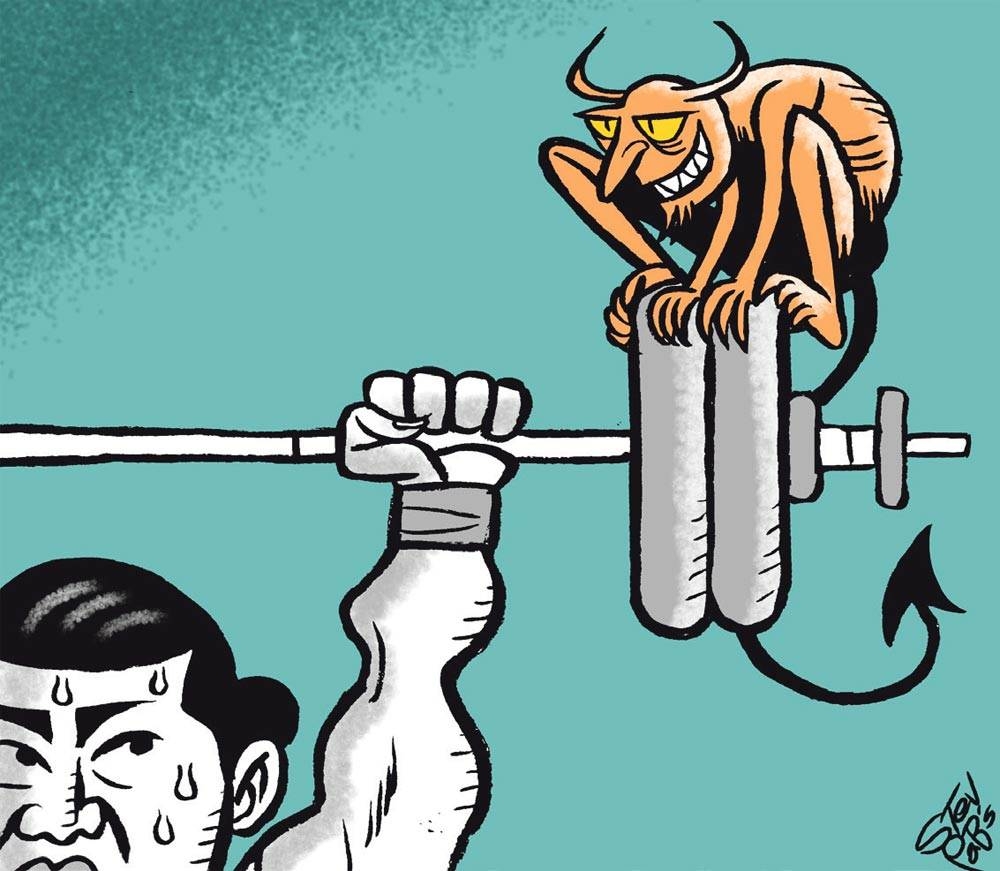 Curiously but not entirely unexpectedly, Diaz's gold medal win has been politicized, especially in social media. Critics of President Duterte hark back to the time when Diaz was included in the so-called "Oust Duterte" matrix in 2019 and have laid a monopolistic claim on the Olympic gold. What utter nonsense, I know. They even derided the President's known supporters in social media for simply congratulating Diaz for her accomplishments. A silly suggestion was circulated that those who bandied the matrix in 2019 were not qualified to even congratulate Diaz. Every loony and his brother are on social media these days.

Even the supposed intellectuals could not resist saying silly things online. Someone from the academic circles was even thanking fellow Duterte critics for their support for Diaz. I had to double-check if this guy, and not Diaz, was the one who actually copped gold. I was confused for a while because he was thanking people as if he had won the gold himself.

Sports is political. We should not be surprised by this anymore. John Hoberman highlights the politics of the Olympics at the international level in his short essay during the Beijing games in 2008: "The Olympic Games were founded to bridge cultural divides and promote peace. Instead, they often mask human rights abuses, do little to spur political change, and lend legitimacy to unsavory governments."

In the Philippines, the politics of sports revolve around the phenomenon of "epalism," or as I previously discussed in my column of Feb. 26, 2021 ("A legacy of epal and necro politics"), a term derived from "mapapel," which "refers to anybody who purposely wiggle themselves onto the public view." The late US President John Kennedy himself famously said that victory has a thousand fathers, but defeat is an orphan. Hidilyn Diaz now has a thousand fathers but when she was begging for support for her training, everyone was pointing fingers at each other until Sen. Christopher Lawrence "Bong" Go facilitated an agreement between national sports officials and a corporate sponsor in 2019 as reported in news channels.

As mentioned, the anti-Duterte forces are now falling all over each other in a classic case of epalism so they can somehow associate themselves with Diaz and worm their way into the Olympic victory narrative. They have even managed to appoint themselves, without Diaz's consent, as gatekeepers of who has the right to congratulate her for her historic success. It is truly a sight to behold!