Gavreel and Cairo's love story continues in 'Gameboys: The Movie'

After the long wait, "Gameboys: The Movie" makes it world premiere via digital platform today. The film, inspired by the series shown last year at the Facebook of The IdeaFirst Company, continues the love story of Gavreel Alarcon (Kokoy de Santos) and Cairo Lazaro (Elijah Canlas). Gameboys was well-received by local fans and audiences worldwide. To say its success was phenomenal is an understatement.

Elijah and Kokoy are both excited that their fans can now see the film version of their widely-followed online series.

"I am very excited that everyone will get to see what we have worked hard for. We offered blood, sweat and tears to make this movie worth the wait," said Kokoy.

"I'm just really excited to see the film myself. It's always a different level of fulfillment as an artist once you see the output of everyone's hard work and passion on the screen. I can't wait for the new audiences and the whole Gameboys fandom to see it as well," Elijah shared.

What have they learned from the amazing journey of the series? 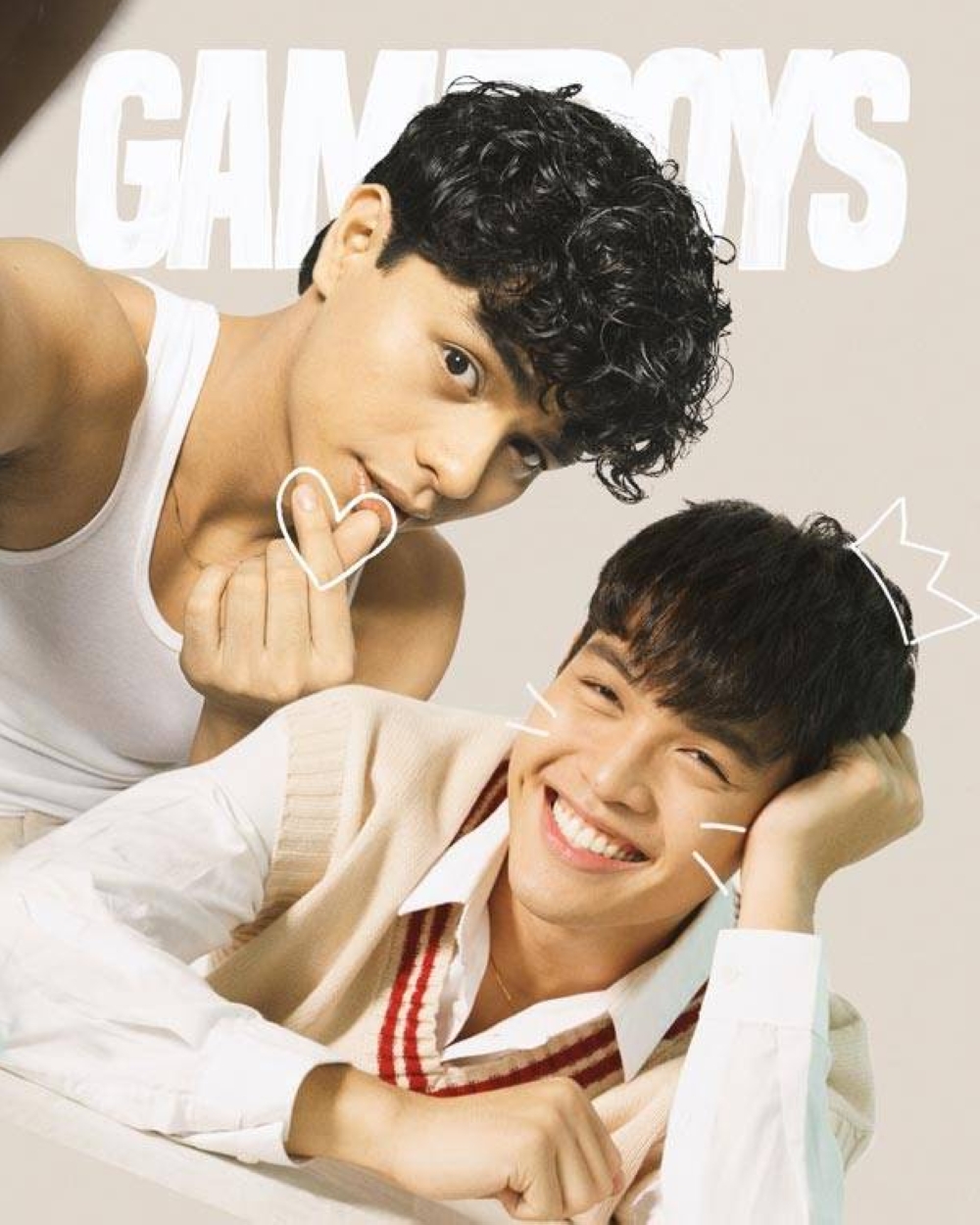 Kokoy de Santos as Gavreel Alarcon and Elijah Canlas as Cairo Lazaro in ‘Gameboys: The Movie.’ PHOTO FROM IDEAFIRST COMPANY


"Not everything in this world is happy. You need to experience pain and anger to be able to achieve real happiness," said Kokoy.

Elijah added, "This may sound cliché, but nothing really is impossible. Imagine, we were shooting the pilot for the first season over a year ago. With no idea how to work around the process of zoom filmmaking. Shooting remotely inside our homes. Being directed and instructed through zoom. Using our own personal phones as cameras. It's crazy to think that all of that led us to today. It keeps me going."

While they have yet to see the whole movie, Kokoy said he is sure that they have a good movie, knowing the track record of the company of Jun Lana and Perci Intalan. On the other hand, Elijah said, without a doubt, the movie is going to be amazing.

How different is the movie, content-wise, from the series?

"I think the biggest and most obvious difference is that the movie is not told through the video call set-up that everyone was accustomed to from the first season. The movie is bolder, braver, and the stakes are just as high if not higher," said Elijah.

Congressman Alfred Vargas graduated from the UP National College of Public Administration and Governance or NCPAG where he took up a master's degree in public administration.

The actor-turned-politician said it was a big challenge for him to finish his master's degree because of his work as a legislator. He can only take a few subjects. But even if he has limited time, he made sure that he makes good use of it. Even if took him quite a while to graduate, he is very happy and fulfilled.

His next agenda is to take up a doctorate degree in urban planning.

"Learning should be a continuing process, not just in school, but also through actual experience. One of the best sources of knowledge when it comes to public administration is NCPAG. Now that I already have my Master's Degree, I have fulfilled my promise to my mom. I remembered her during my graduation and wished that she was with me," said Alfred.

He was supposed to go to laws school after finishing his course in Ateneo but he entered showbiz instead. His mom was heartbroken but gave him her blessings after seeing him in Encantadia but requested him to pursue graduate studies.

"I left acting at the peak of my career to go into politics but no regrets because of my desire to serve the people. Going into public service humbled me because I became more grounded. I am proud of what I have achieved in politics. I saw how the people suffered and I saw that I am more privileged. I realized I was more fulfilled helping others," said the actor-turned politician.

His term of office as congressman ends next year but he he has no plans of seeking higher office. He plans to go back to acting because he misses it.

"Tagpuan," which he produced, won many awards locally and various film festivals abroad. This inspired him to continue producing.

"I was inspired by the recognition received by Tagpuan that's why I want to do more meaningful projects," said Alfred.