JUST before the end of last year, the Development Bank of the Philippines (DBP) announced that it had provided a P416-million ($8 million) loan to JDVC Resources Corp. to begin deep-sea mining off the coast of Cagayan province in Northern Luzon. As almost everything about this deal looks like a red flag, it is worth examining more closely.

What is undersea mining?

Undersea mining is the extraction of mineral ores from the seabed in very deep water, usually more than 200 meters in depth. There are basically three types of mineral deposits that are of interest, all formed by minerals that precipitate from seawater over millions of years. The most common type, which is what JDVC Resources intends to harvest, are so-called "manganese nodules," lumps of precipitated minerals that contain about 25 percent manganese by mass (there is a lot of manganese in seawater) and about 3 percent other minerals of some value, which can include nickel, copper, gold, cobalt or, as in the case of the deposits JDVC is targeting, iron ore in the form of magnetite, among other trace elements. Other types of undersea deposits include "massive sulfides," deposits formed by undersea hydrothermal or volcanic vents and which contain quantities of copper, zinc, lead and gold; and "cobalt crusts," which form on the summits and flanks of seamounts and contain useful quantities of cobalt as well as some nickel and other metals.

The existence of extensive mineral deposits on the seafloor has been known since the 1870s, but it has only been in the past 10 years or so that interest in trying to make undersea mining commercially viable has grown, particularly because of the increase in green technology. Land-based mining can be an environmental nightmare and is especially so in areas that are the source of much-needed metals like cobalt. In addition, as land-based mines are depleted, prospectors are forced to look for lower-grade deposits that are more difficult to extract. By contrast, ocean mineral reserves are plentiful, and the ores in most places are richer than those found on land. For example, just one relatively small region of the Pacific Ocean along the Clipperton Fracture Zone stretching from near the Hawaiian Islands to the Baja Peninsula contains more nickel and cobalt than all known land reserves. 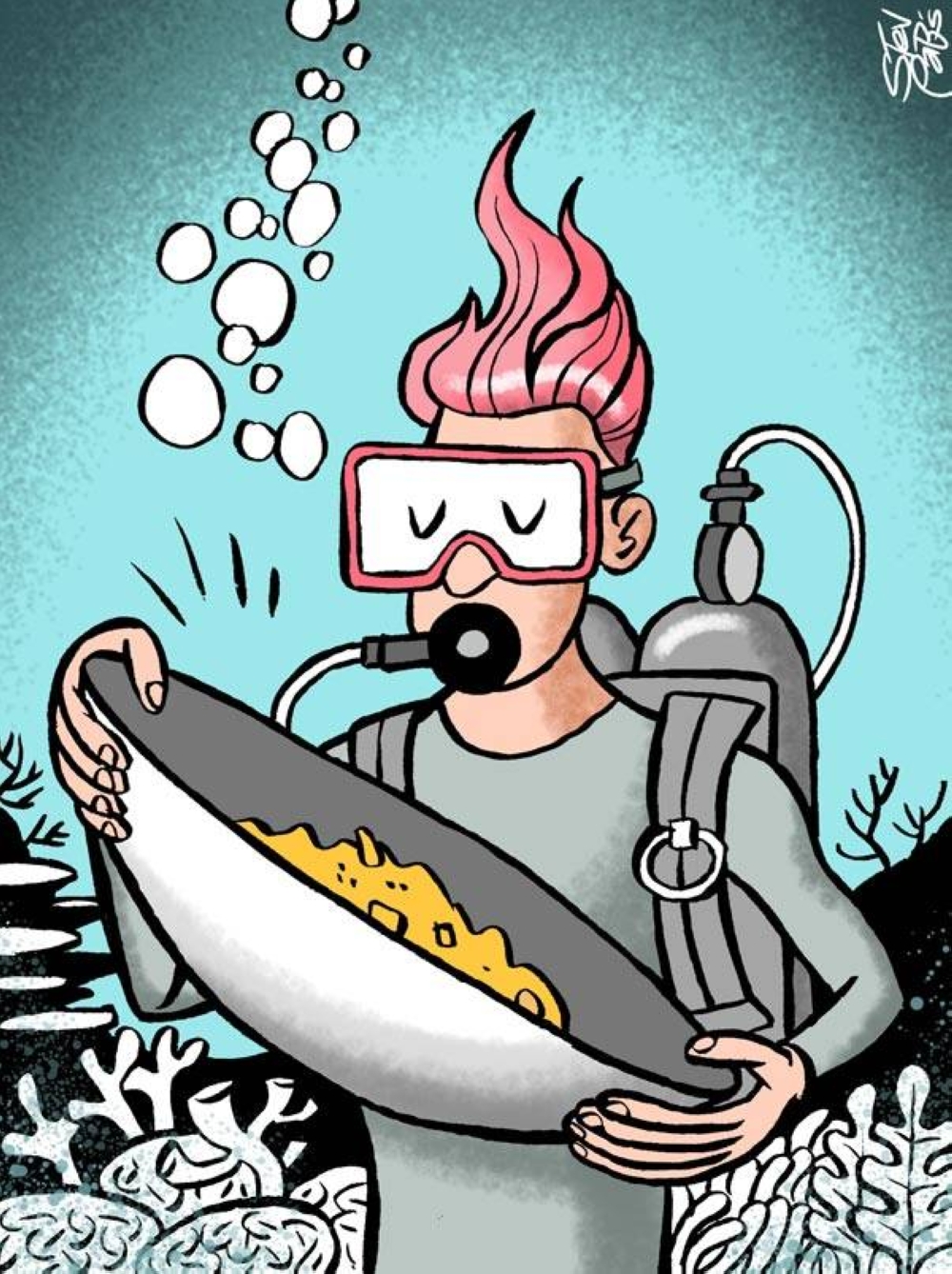 The method of extraction for manganese nodules, which is what JDVC is doing, uses a remote-controlled crawler (about the size of combine used to harvest grain) that dredges the nodules from the seafloor. The collected slurry of rocks and mud is then pumped to a processing ship on the surface, which filters out that mineral nodules and pumps the waste slurry back into the water, releasing it from pipes that extend to just above the seafloor in order to minimize floating silt. The ore is then transferred to a bulk carrier to be transported to land for processing into usable metals.

JDVC's mineral tenement covers 1,897 hectares and lies off the Cagayan municipality of Gonzaga at a depth of about 150 meters. The area is estimated to contain more than 500 million metric tons of magnetite by the company, which has conducted exploration activities since 2018. Using three extraction ships, JDVC hopes to produce 10,000 metric tons of ore per day, which is about the minimum amount needed to make such an operation profitable, according to several economic feasibility studies.

There are two main areas of skepticism in this story: First, there is the odd business profile of the enterprise involved in the project. Second, there is the still-unknown environmental consequences of undersea mining, which have been pushed aside in a disturbing manner by a cursory approval on the part of the Department of Environment and Natural Resources (DENR).

Who are these people?

JDVC Resources Corp. is a subsidiary of Apollo Global Capital Inc. (APL), a generic holding company with investment fingers in many different pies. APL used to be Yehey! Corp., focusing mainly on internet marketing and related activities, but formally wound down that business when it converted itself into a holding company under its current name in 2015.

JDVC Resources was founded in 1998 and was mainly involved in land-based mining until 2017 when APL bought it out. Since then, it has apparently put all its eggs in the undersea mining basket. The Cagayan project is actually a joint venture between JDVC and Kinetic Holdings Inc., the company of entrepreneur Frank Lao, who has some mining investments but is much better known for being the owner of the Gloria Maris restaurant in Greenhills and the Choi Garden chain of Chinese restaurants. Lao is apparently the wheels on this whole bus; it has been disclosed that he is bankrolling the three mining ships needed at an impressive price of $20 million (P997 million) each.

Although they do not have a bad reputation, neither JDVC nor Lao are exactly titans of the mining industry, and they certainly do not have any credentials in the still-new undersea mining sector apart from the Cagayan project, which is the first of its kind in the Philippines. From a bank's perspective, the entire package - a novel project being carried out by novices - would fall way outside acceptable risk parameters. DBP could argue, of course, that its involvement is comparatively modest; the P416-million credit line amounts to less than 10 percent of the investment going into starting the project. Likewise, being a government bank, DBP tends to lend to businesses and projects that have trouble obtaining financing elsewhere, particularly when the activity involved has some broader economic significance.

Even so, its involvement in this project is highly questionable. The project was beset by controversy well before the joint venture approached the bank about a loan, and there is a great deal of uncertainty about its environmental impact, which has only increased as a result of the DENR's unusual haste to paper over any questions about it.