Sports
AT A MOST UNUSUAL OLYMPICS

Fewer medals, more heart for US

Read Next
Charges readied vs barangay tanod who gunned down scavenger

By Associated Press
August 10, 2021
20
Read this in The Manila Times digital edition. 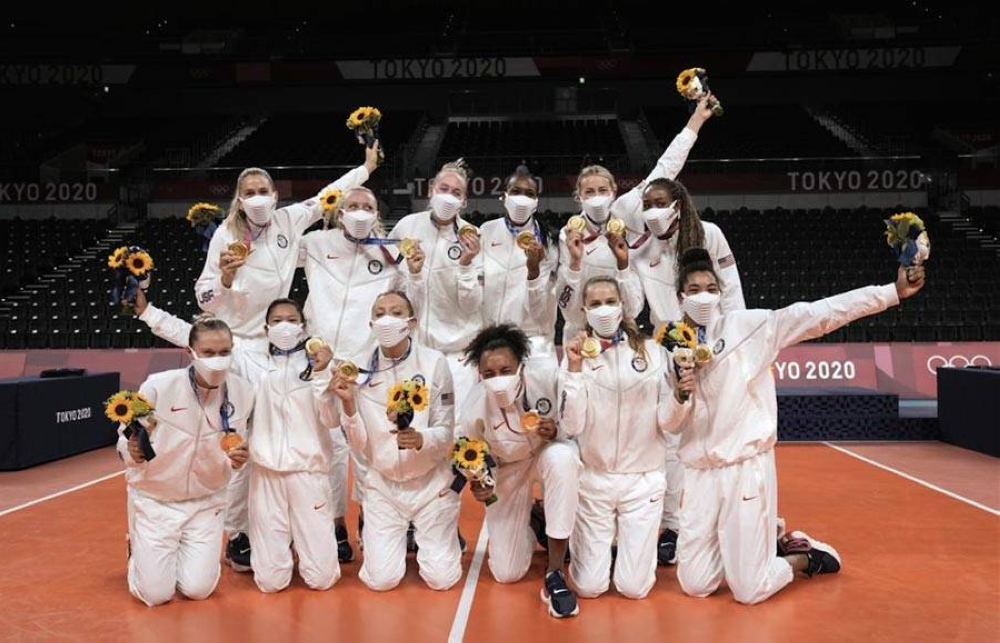 Players from the United States pose after winning the gold medal in women's volleyball at the 2020 Summer Olympics on August 8, 2021 in Tokyo, Japan. AP PHOTO


TOKYO: Kara Winger is the American record-holder in the javelin throw who just wrapped up her fourth Olympics. She has never finished higher than sixth place.

When she got the call over the weekend telling her she would be carrying the flag Sunday for the United States at the closing ceremony of the Tokyo Games, her first reaction was "shock."

"I expected tweets with people saying 'What has she done?'" Winger said.

Turns out, an awful lot over a career that has spanned two decades. That the American athletes chose her as flagbearer is a fitting lens through which to view the US accomplishments at these Games.

The Americans won 113 medals, which, for the fifth straight Summer Games, was double-digits more than the nearest competition. It was, however, eight fewer than what they won five years ago in a Rio de Janeiro Olympics with fewer events.

When the athletes voted for Winger to represent them, they tapped into the core message resonating inside a fractured, fractious US Olympic family over the last few years: The medals shouldn't matter more than the athletes who win them. Or sometimes it doesn't matter at all.

"We spent a ton of energy on creating an environment where people could be heard, and feel safe to be heard," said Sarah Hirshland, who came on as the CEO of the US Olympic and Paralympic Committee in 2018.

She was tasked with repairing the damage from sexual-abuse cases that led athletes to wonder if they were valued for more than simply what they won.

If Winger as flagbearer is one sign that the USOPC has made some headway, then Simone Biles gets credit for making sure the message stayed front-and-center despite the hectic, pandemic-tainted run-up to an Olympics.

The willingness of the highest-profile athlete at the Games to step away because it didn't feel right, and to place her personal welfare over victory for herself and country, was startling at first.

Much more than costing medals, what Biles did was re-center the focus. As the Olympics moved into their second week, all but the most cynical observers started celebrating athletes for winning bronze - or nothing - even if they were picked to win gold.