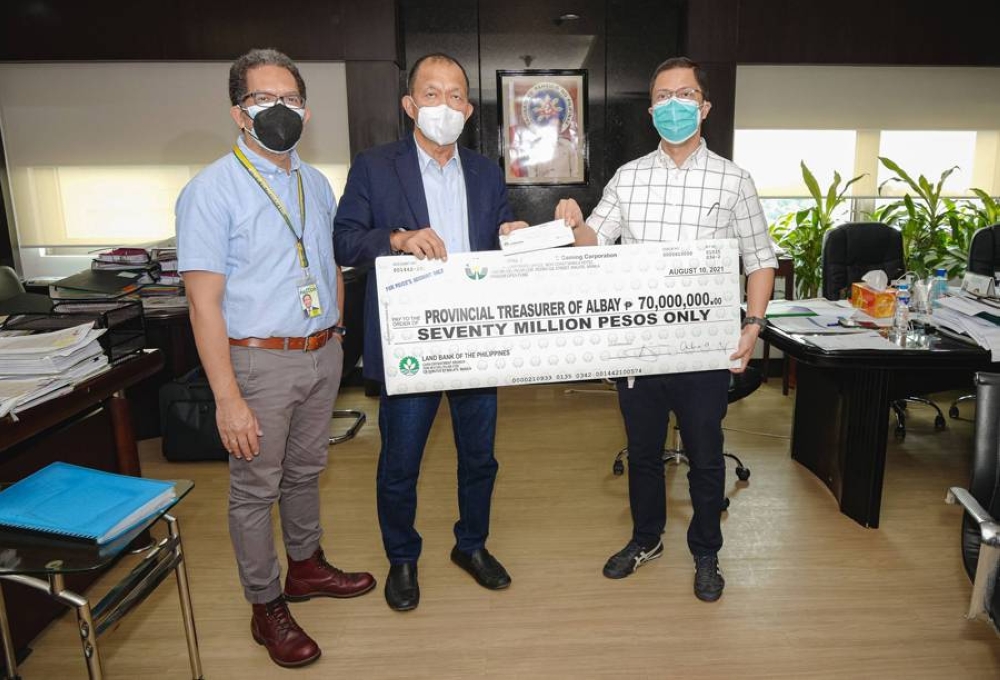 
Two public hospitals in the province of Albay received funding for its much-needed rehabilitation after the Philippine Amusement and Gaming Corporation (Pagcor) granted a total of P70 million to the said medical facilities.

Ziga Memorial District Hospital in Tabaco, Albay received P50 million while Cagraray District Hospital, a small health facility in Cagraray Island, received P20 million. The said grants will be utilized for the repair of both hospitals, which were severely damaged by previous typhoons that hit the province.

The damaged roof of Ziga Memorial Hospital remains unfixed after it was destroyed by previous typhoons that hit Albay.


Pagcor President and COO Alfredo Lim led the turnover of the donations to Albay Representative Victor Ziga Jr. at the Pagcor executive office in Manila.

According to Lim, said grants are in line with the agency's commitment to help improve the country's delivery of healthcare services.

"As Pagcor remains true to its nation-building mandate, we recognize the need of many communities for decent medical facilities that will cater to the health needs of the locals. Hopefully with these financial grants, we can help save more lives by making healthcare more accessible to those who need it most," he added.

Meanwhile, Ziga explained that the Ziga Memorial District Hospital used to be a 100-bed facility but was forced to reduce the number of patients it accommodates due to its dilapidated state. Typhoon Rolly totally wrecked the roof of the hospital while Cagraray District Hospital's equipment like x-ray and ECG machines were destroyed.