At the forefront of honing modern-day heroes 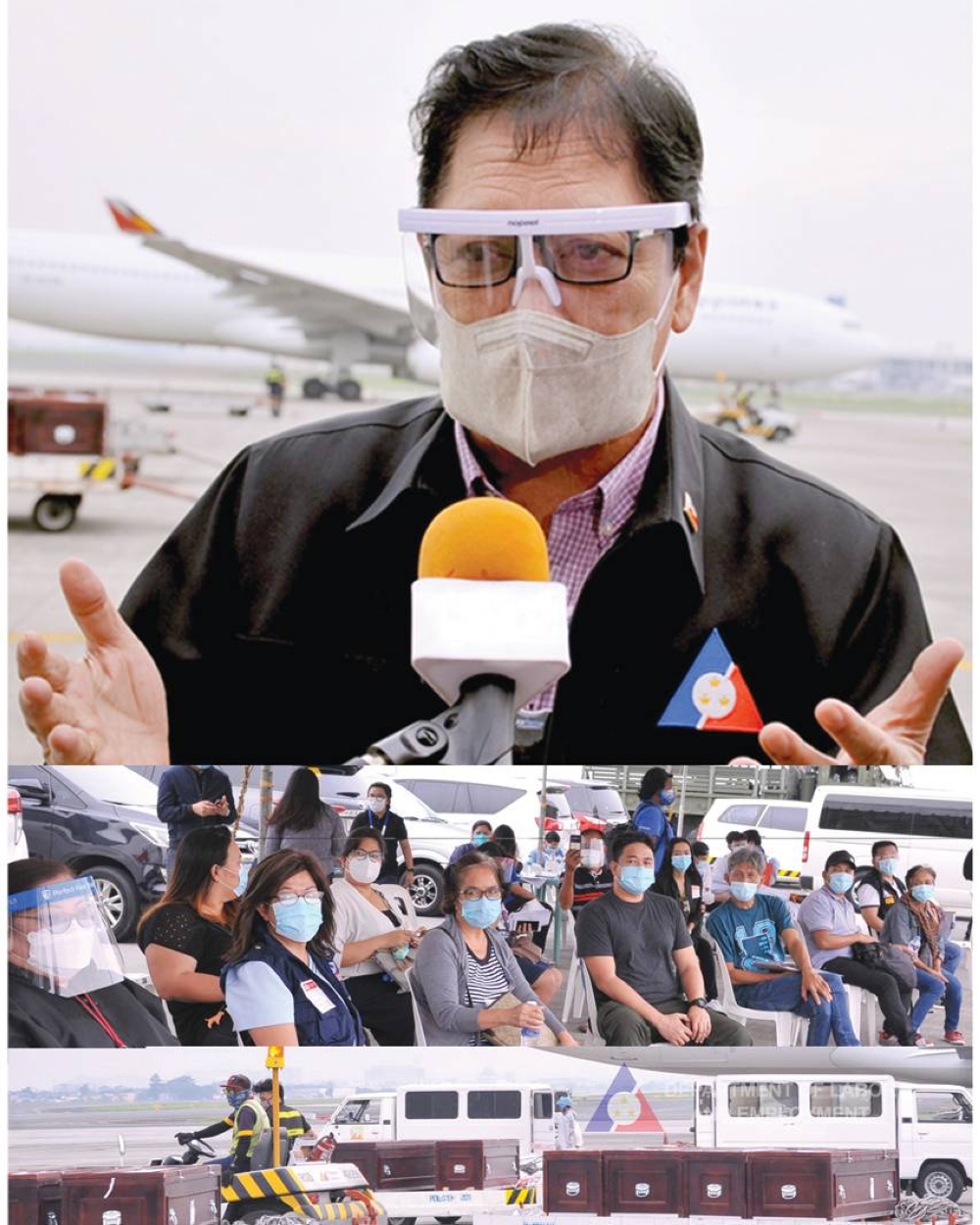 
Skilled and talented, Filipino workers are in demand overseas in all sectors of the labor market. This huge demand led millions of our kababayans to become migrant workers, sacrificing to leave home so their families can have better lives.

Modern heroes amid the pandemic

For so long, our OFWs have been called the country's modern-day heroes. Due to their strong remittances, the Philippines has weathered many economic

turmoils in the past. But with the Covid-19 pandemic hitting all nations, more than half a million of our workers have to come home due to closures

of companies or suspension of operations with lockdowns implemented even by the most advanced economies.

The shift to medical health frontliners as the modern-day heroes amid this pandemic did not diminish the stature of OFWs. It just widened the accolade to every worker a hero – like grocery, supermarket, and drug store staff; delivery men; media practitioners; transport personnel; merchants; those who continue to report for work despite the risks – making every Juan now a modern hero since 2020.

Even in the face of the crisis, the protection of the rights and the promotion of the welfare of the Filipino working man remain the priority of the Department of Labor and Employment.

Under Bayanihan 1 To Heal as One Act, Tupad-Barangay Ko, Bahay Ko Disinfection/Sanitation Project, a total of 423,511 beneficiaries completed their work with a sum of P1.59 billion wages paid as of June 30, 2020. 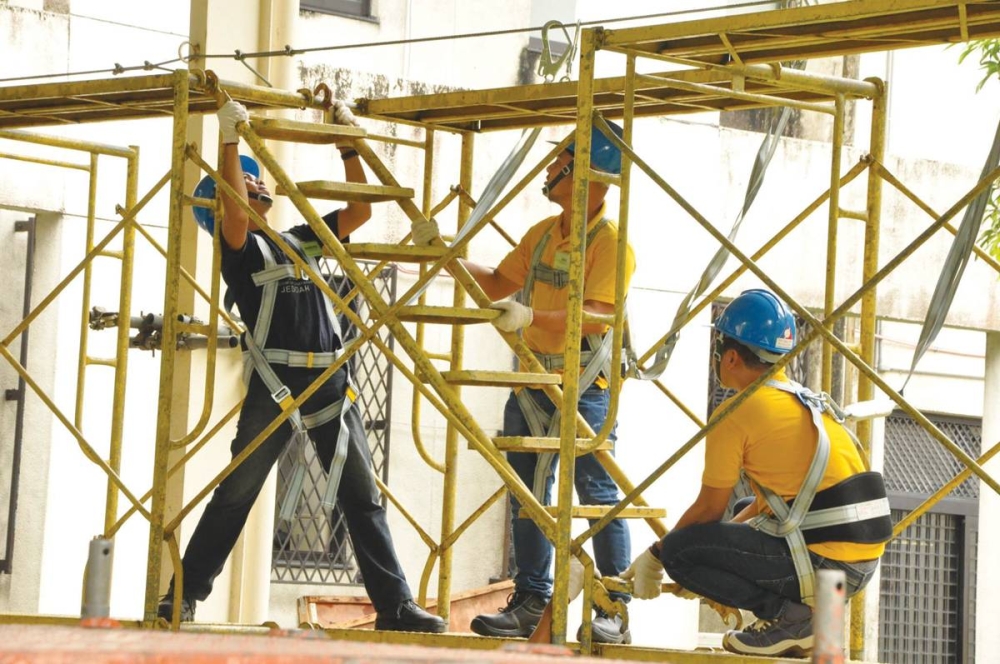 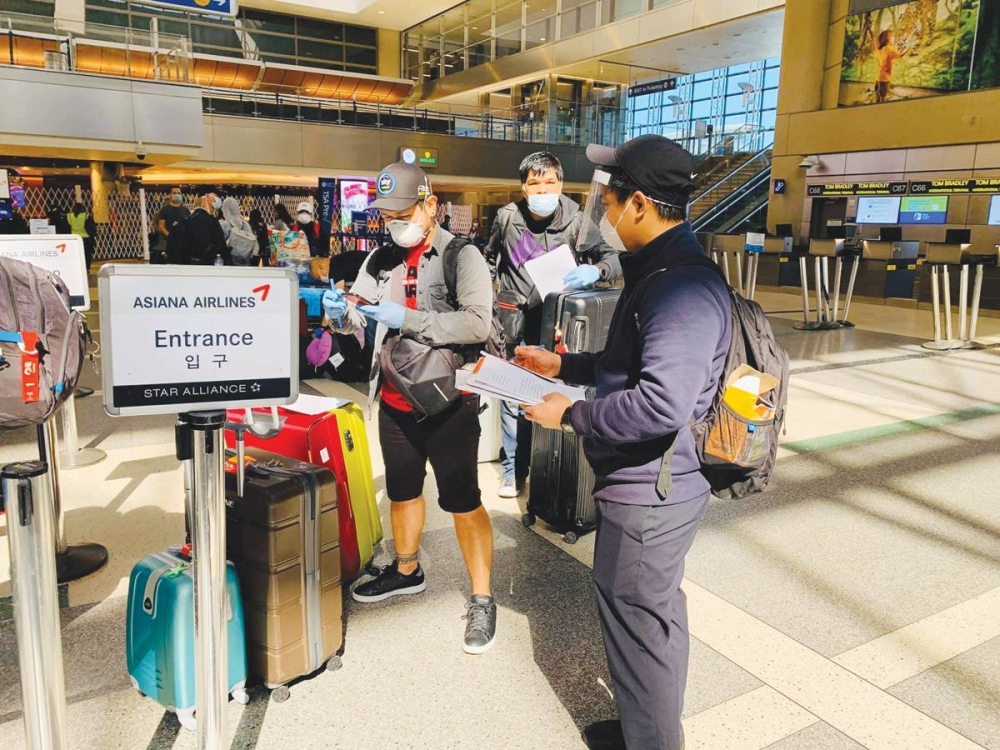 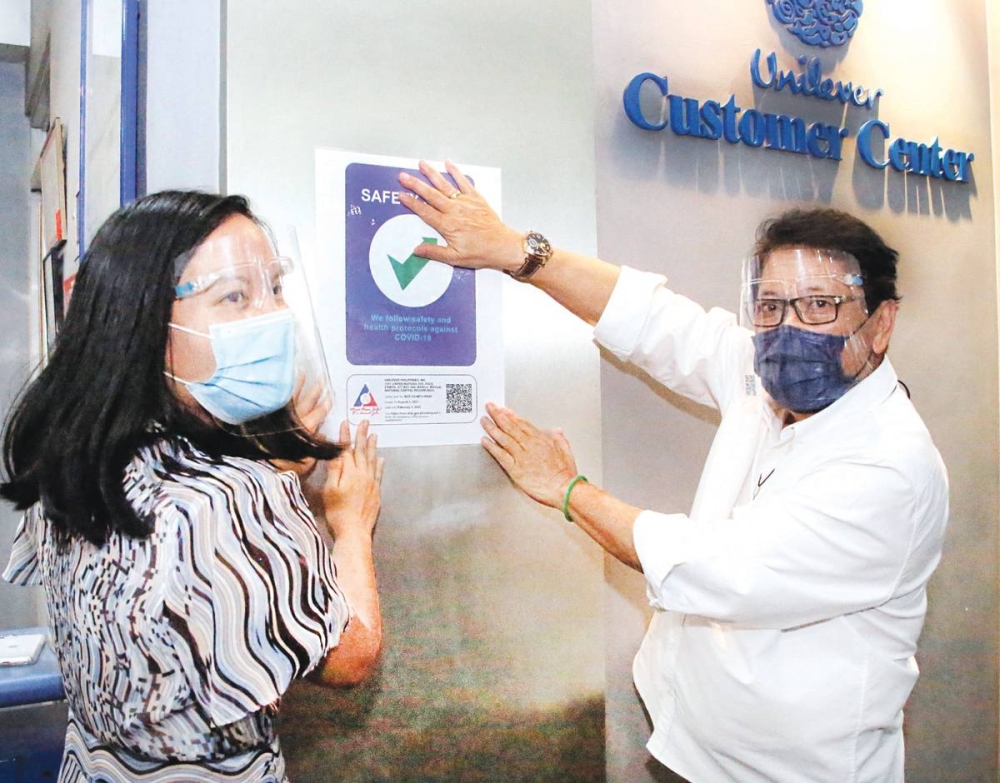 For AKAP, a total of 343,743 beneficiaries were paid a total of P3.498 billion pesos, whereas 197,133 beneficiaries received $200 or equivalent of P10,000 for a total of P1.985 billion for affected OFWs still in their countries of destination through fund transfer to their accounts, facilitated by the respective Philippine Overseas Labor Office (POLO). The Overseas Workers Welfare Administration (OWWA) facilitated the disbursement for OFWs who were repatriated.

Through OWWA, DoLE provided food, transportation, financial, and accommodation assistance to 665,339 repatriated OFWs through the Collective Assistance and Restoration for Emergence (CARE) Program as of August 27, 2021.

OWWA also provided educational assistance to 5,482 qualified dependents of OFWs amounting to P54.82 billion through the Educational Assistance Scholarship Emergencies or Project EASE and 19,325 beneficiaries under the Tabang OFW Project as of August 24, 2021. P30,000 will be provided per annum for a maximum of four years to the beneficiaries while under the Tabang OFW program.

DoLE signed a Joint Memorandum Circular (JMC) with the Department of Foreign Affairs (DFA) and Department of Justice (DOJ) to facilitate the speedy and safe travel of seafarers, including the processing of employer accreditation and workers' documentation through an online system submission.

A noble program of the department – perhaps the first and only kind in the world – is the Freebisekletang Panghanapbuhay (Freebis) Project where it aims to provide alternative employment or livelihood opportunities through small vending or delivery business. The project has provided bicycles, insulated bags, reflectorized vests, helmets, cellphones, and P5,000 worth of e-loading wallet to 1,253 beneficiaries.

Through the ECC, DoLE provides P10,000 cash for frontline workers who suffered from Covid-19 because of their employment. Also qualified to receive cash assistance are the healthcare workers, protective service workers like uniformed personnel of the Armed Forces of the Philippines (AFP) and the Philippine National Police (PNP), cashiers and crews of grocery stores providing essential products, production and food processing workers, janitors and maintenance workers, and truck drivers involved in the transport of essential goods.

An overwhelming policy goal of the Duterte administration is to create an environment that will generate enough decent and adequately remunerated work for every Filipino in the country so that no Filipino will have to seek overseas work as a matter of compulsion or necessity.

In the meantime, as long as there are Filipino workers overseas, it is the government's responsibility to protect them. In line with this, DoLE prioritizes adopting measures and mechanisms to protect and promote the welfare and interests of OFWs at every stage of the migration cycle – from recruitment to deployment to reintegration. 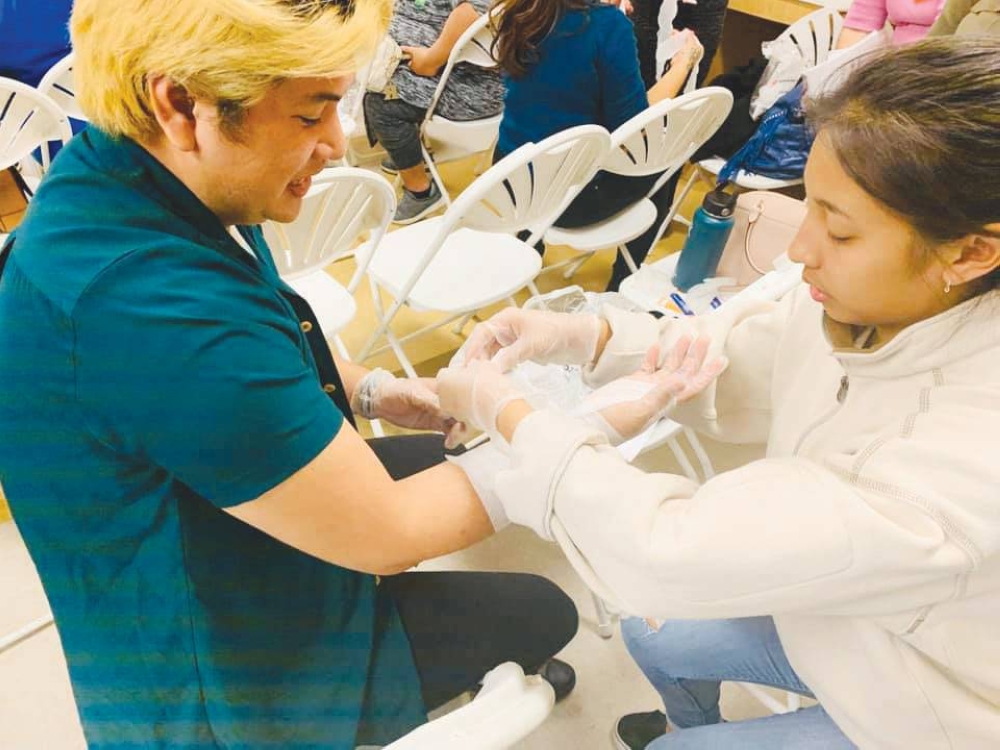 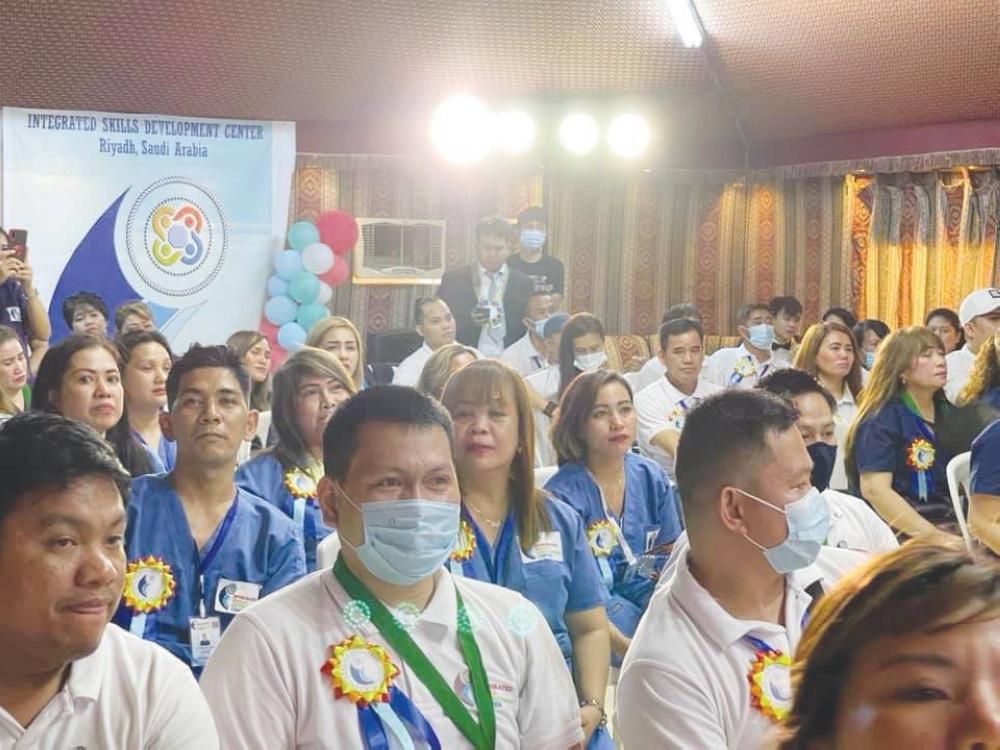 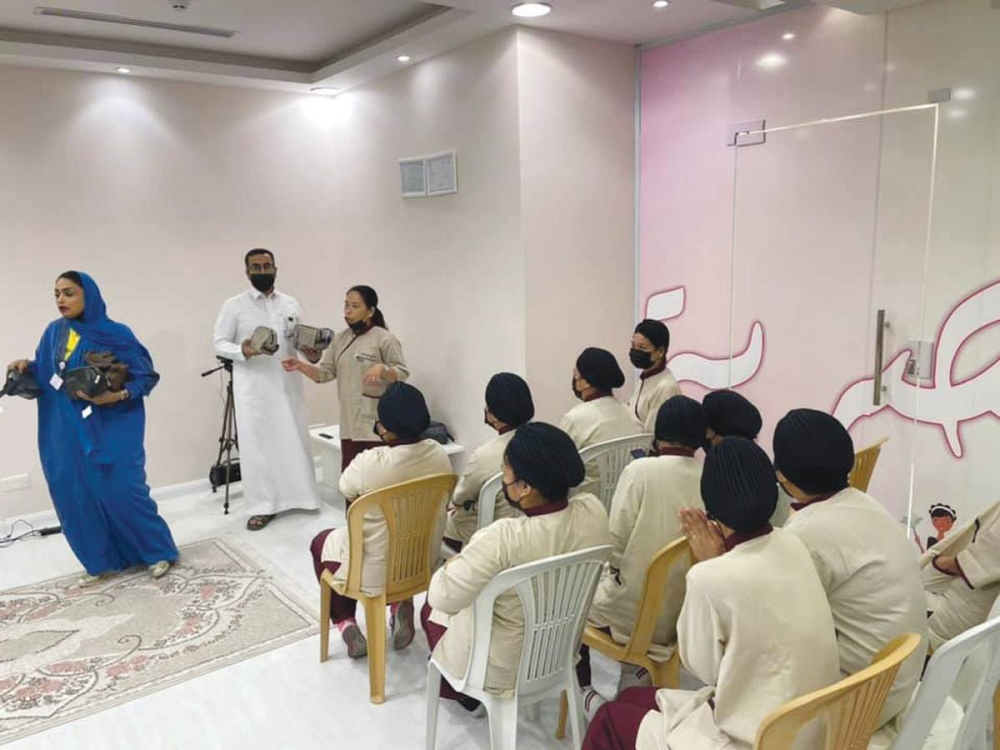 Complementing these are welfare programs for OFWs and their families, such as establishing an OFW Hospital and Diagnostic Center. Financed by donations from Bloomberg Foundation, the Philippine Amusement and Gaming Corporation (Pagcor), and the Provincial Government of Pampanga, it offers free services to OFWs and their dependents. The first-ever OFW hospital in the country will be in operation very soon in the City of San Fernando, Pampanga.

On top of this, President Duterte launched OF Bank to provide financial products and services tailored to the needs of Filipinos overseas.

OFWs continue to benefit from the 18 One-Stop Service Centers for OFWs (OSSCOs) – a center where all government agencies are brought together in one location with 23 services accessible to Filipinos who are currently working or planning to work overseas.

To collect all information regarding OFWs, including the number of those stranded, displaced, in quarantine, and those who tested positive for Covid-19, the DoLE Command Center was established. It has resolved 21,558 requests for assistance (RFAs) as of August 27, 2021.

As a protective measure, DoLE remains aggressive in ensuring that all deployed OFWs are properly documented. From July 2016 to July 2021, around 10.21 million OFWs – both land-based and sea-based – were deployed whose contracts were processed by the Philippine Overseas Employment Administration (POEA).

To ensure that OFWs are appropriately informed on migration vulnerabilities, DoLE implements pre-employment, pre-departure, and post-arrival orientation seminars. Education support services are another form of assistance provided to OFWs and their families.

A package of services to facilitate the productive return of OFWs to their families and communities is also provided. Services include options for productive investment, knowledge transfer, credit-facility, training, livelihood, and entrepreneurship development. Other services include psycho-social counseling, stress debriefing, values formation, and financial literacy.

DoLE responded as well to the needs of OFWs affected by the Amnesty Programs implemented by several countries. To date, a total of 17,482 were repatriated from KSA, Kuwait, UAE, and Malaysia.

Republic Act 11227, or The Handbook for Overseas Filipino Workers, was signed in 2019, mandating POEA to develop, disseminate and update a handbook on the rights and responsibilities of migrant workers.

On the local front, DoLE intensified its inspection of private establishments to ensure their compliance with labor laws and standards so that workers are protected. From July 2016 to July 2021, it has inspected 379,993 establishments covering 21,622 million workers nationwide.

Its 24/7 hotline have been receiving worker concerns with night shift differential computation getting the most queries, followed by rules and computation on the 13th-month pay, registration of establishment under Rule 1020, matters related to collective bargaining agreement, grievance machinery and labor-management committee, availing of social security benefits (SSS, PhilHealth, ECC, and Pag-IBIG), termination/separation pay, conciliation-mediation assistance, certificate of no pending case from NLRC and regional offices, occupational safety and health, and minimum wage.

Under the leadership of Secretary Silvestre "Bebot" Bello 3rd (see related article), DoLE has been a hall of fame recipient of the Freedom of Information awards by the Presidential Communications Operations Office (PCOO) for its exceptional and significant contribution to the program for two consecutive years.

The FOI Awards recognize government agencies and offices that have increased efforts to fulfill Filipinos' rights to access information.

In 2019, DoLE also received the GADTimpala 2018 Bronze Award for Most Outstanding Gender-Responsive Agency.

GADTimpala, or Gender and Development Transformation and Institutionalization through Mainstreaming of Programs, Agenda, Linkages, and Advocacies, recognized DoLE for incorporating gender and development perspectives in its essential programs to address gender inequality in employment facilitation, labor standards, social protection and welfare, and labor relations.

Today, as the nation observes National Heroes Day, Secretary Bebot Bello pays tribute to the millions of workers and OFWs across the globe who courageously stand the trials and challenges of local and overseas employment.