Read Next
Go, Gatchalian want to be my VP – Sara

IN spite of all the insults and ad hominem arguments already exchanged between the President and some senators, I wish the Senate Blue Ribbon Committee would continue to ferret out the facts about Pharmally Corp. bagging an P8-billion contract from the Department of Budget and Management-Procurement Service (DBM-PS).

Presently, some very material facts have been established through testimony and documentary evidence in the possession of the Senate Blue Ribbon Committee. It is not disputed that the Pharmally Pharmaceutical Corp. was organized only in September 2019 with a paid-up capital of only P625,000. Yet, in less than six months, this corporation was able to bag a government contract to supply personal protective equipment (PPE) against Covid-19 worth P8 billion. The face masks and the face shields sold by this corporation to the government through the DBM-PS are outrageously overpriced.

Normally, one should not bewail the fact that businesses should make hefty profits. In fact, the whole point of doing business is to make profit. The buyer is expected to pay only what is reasonable for the service or the product being purchased while allowing the seller to make some profit. These two apparently conflicting postures in business are encapsulated in the Latin maxim: "caveat emptor," or let the buyer beware. Simply, it is the buyer's responsibility to conduct due diligence before consummating the business transaction. 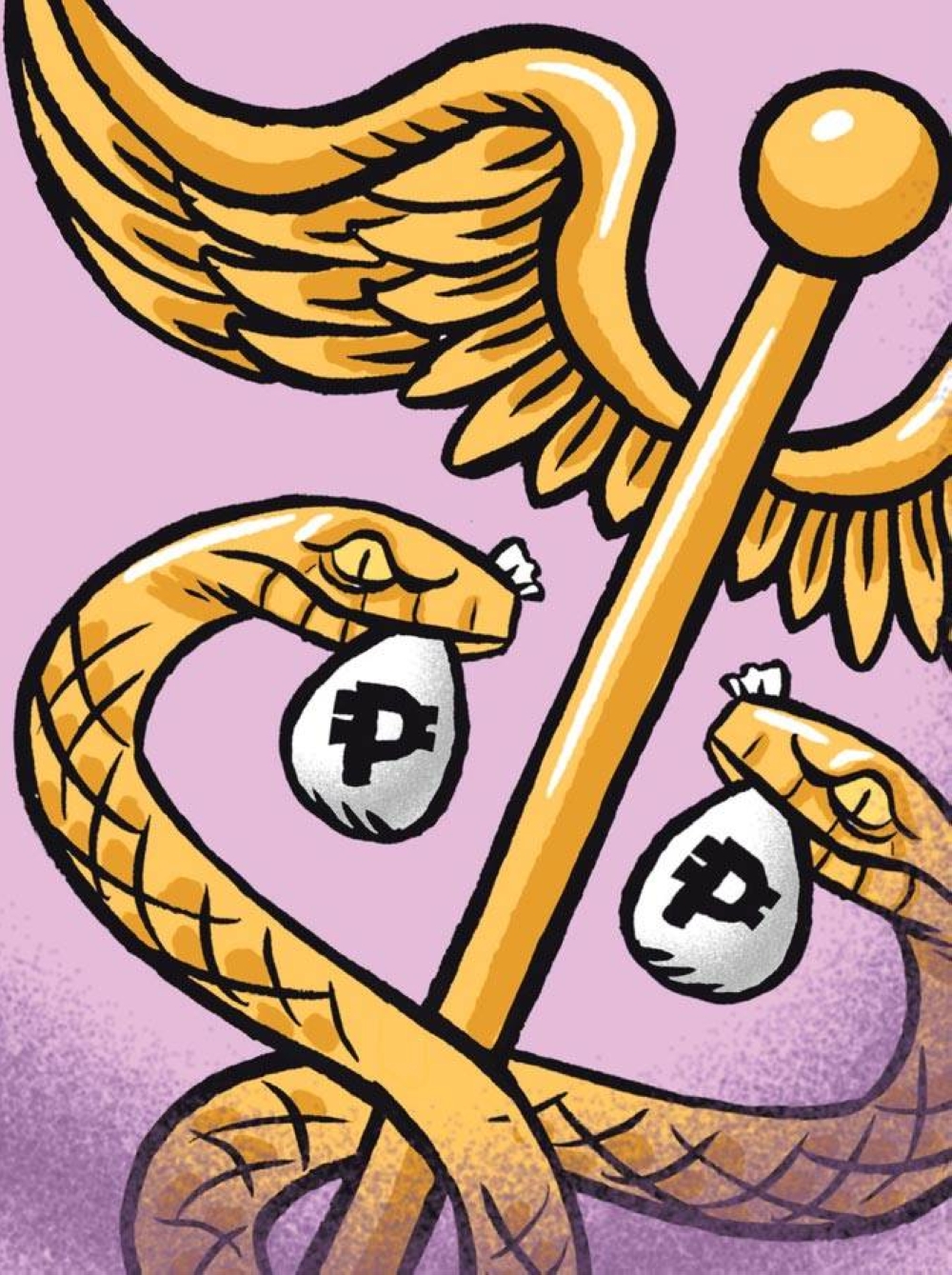 Applying this principle to the Pharmally transaction with the DBM-PS, the fault should not be laid on the Pharmally Corp., which sold the face masks and shields at very exorbitant prices, but rather with the government officials who failed to conduct due diligence in relation to the purchase. However, should there be a collusion or a conspiracy between both the seller and the representatives of the buyer to defraud the government, then both should face the legal consequences of their malfeasance.

The facts emerging from documents and testimony before the Senate Blue Ribbon Committee are simple and straightforward. Pharmally was incorporated in September 2019 with a paid-up capital of only P625,000 by four incorporators with the following percentage of shares: Huang Tsu Yen, 40 percent; Twinkle Dargani, 10 percent; Mohit Dargani, 30 percent; Linconn Ong, 16 percent; and Justine Garado, 4 percent. It had no reported business transaction in 2019.

The Covid-19 pandemic provided this new corporation with the opportunity to really go big despite the fact that it has no known track record of having a project with the government. It participated in a procurement process of the DBM-PS and was awarded contracts worth P8.7 billion for the purpose of providing PPEs to frontline health workers and others. The Blue Ribbon Committee verified that the price of the goods sold were beyond the prevailing prices of such goods.

Representing the government in the transaction was former DBM undersecretary Lloyd Christopher Lao. When asked why he gave the contract to Pharmally despite its meager capital of only P650,000 compared with the total amount of the contract which is P8 billion, he admitted that "they failed to check the articles of incorporation of Pharmally." Investigators, however, do not believe that undersecretary Lao acted without the participation of other high government officials.

Even this early, there is talk that the health secretary and even a senator may become embroiled in the fiasco. We can soon expect the s**t hitting the fan.

The Senate committee investigating these seemingly anomalous transactions has not yet determined who in the DBM apart from undersecretary Lao or which other high officials in other branches and offices of the government have any participation in the transaction and should be held accountable, if indeed the crime of plunder has been committed. I am sure many more startling revelations will come out as the investigation progresses.

There are statements that the investigations are just "politicking" by senators who are running for higher offices or for reelection in the 2022 national elections. This might be true but the facts that are still to be unraveled may tell us whether the investigations are genuinely being conducted in "aid of legislation" or in the exercise of the Senate's oversight functions or publicity stunts of some senators trying to gain political points as they embark on a campaign for reelection or for higher offices.

If the crime of plunder or any other offense would be supported by the evidence that may come out of the investigation, President Rodrigo Duterte should dismiss outright erring government officials. This, indeed, will be one instance where the President can rightfully and proudly claim that his anti-corruption drive does not spare anyone, not even good friends. The President, I believe, should welcome the Senate Blue Ribbon Committee investigations of the Pharmally-Lao transactions as this is in line with his much vaunted anti-corruption campaign. If the senators are just engaged in early political campaigning, however, then they do not deserve the people's vote, as the President has declared.