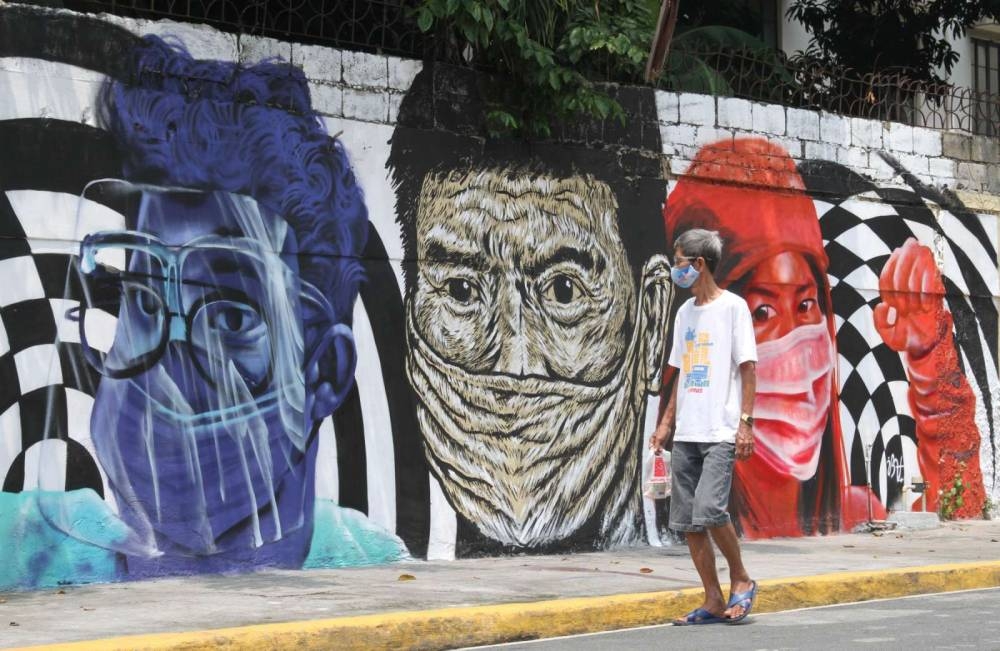 A man walks past a mural promoting the wearing of face mask on a street in Singalong, Manila on Monday, September 6, 2021. PHOTO BY RENE H. DILAN

The National Capital Region (NCR) will be under general community quarantine (GCQ) from September 8 to 30, Malacañang said on Monday.

However, the Inter-Agency Task Force for the Management of Emerging Infectious Diseases (IATF-EID) has yet to come up with specific guidelines for its implementation.

Roque said that the imposition of Enhanced Community Quarantine was not effective in bringing down Covid-19 infections, which was why experts pushed for "systematic and scientific lockdowns."

The rest of the country will be on modified general community quarantine.