Drawing the face of the new Afghanistan 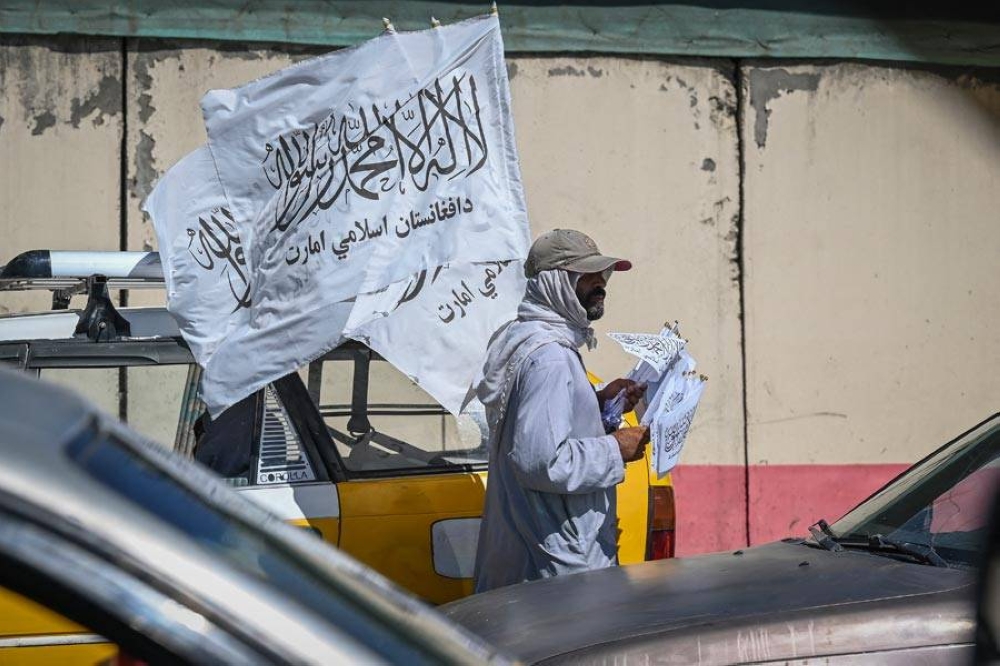 A mobile hawker carries Taliban flags as commuters make their way along a road in Kabul on September 5, 2021. AFP PHOTO


A WEEK after the Kabul airlift, the Taliban gave what could well be a preview of the style of governance it will adopt as the new ruler of Afghanistan.

A protest in Kabul last Saturday by a small group of women demanding the right to participate in government was dispersed by militant fighters armed with tasers and tear gas. At least one woman was seen on video streamed online as bleeding from the head.

The chief of the Taliban Cultural Commission denounced the protest as "a deliberate attempt to cause problems" and said the demonstrators "don't even represent 0.1 percent of Afghanistan."

Days after its takeover of the country, the Taliban pledged a more moderate government, one that will, among other things, allow women to work and even hold jobs in the bureaucracy. There were also assurances that women will have access to education.

The group was no doubt pitching itself as a more benign form of the repressive regime that made Afghanistan a pariah state before the US-led invasion in 2001.

The country's new leaders have not yet grown accustomed to holding the reins of power and are bound to make missteps. If they want to convince the world that the Taliban is ready to change, they must start by dispelling the lingering fear of the Afghan people of coming under a reign of oppression.

Stifling dissent will not remove that fear. It even makes the people more wary of their leaders. The violent dispersal of the protest last week has prompted some Afghan women to stay indoors, according to a CNN report.

It will take some time before a clearer picture of where Afghanistan is headed emerges. A lot will depend on the kind of government the Taliban is trying to form. But almost three weeks after assuming control, the group has not announced a formal government setup.

That is unsurprising because the Taliban is not the monolithic organization many perceive it to be. It is made up of warlords who set aside fierce tribal loyalties to band together and fight foreign invaders. The Soviet Union in 1989 and the US in 2021 grossly underestimated the Taliban's capability as a formidable fighting force and paid the price.

The Taliban is perhaps beginning to realize that leading an insurgency is much easier than ruling a country. Maintaining cohesiveness and dividing the spoils of war among the factions will be a big challenge.

An article on the Brookings Institution's web page highlights this challenge: "The factions have disparate views about how the new regime should rule across just about all dimensions of governance: inclusiveness, dealing with foreign fighters, the economy and external relations," the article noted. "Many middle-level battlefield commanders - younger, more plugged into global jihadi networks and without personal experience of the Taliban's mismanaged 1990s rule - are more hardline than key older national and provincial leaders."

The new Afghan government must be palatable not only to the West, but, more importantly, to Afghanistan's neighbors - Iran, Pakistan, Tajikistan, Turkmenistan and Uzbekistan. Those states could hold the key to Afghanistan's economic and political future.

The Taliban inherited practically empty coffers from the Afghanistan government it toppled. Not only that, the World Bank, the International Monetary Fund and the Asian Development Bank shut down operations in Afghanistan days before the militants swept into Kabul. And the country's central bank reserves in the US were locked up by Washington.

China and some Gulf countries may be eager to fill the void of influence left by the West, but they, too, may need guarantees that the Taliban they will be dealing with is not the pariah of old.

Instead of resorting to blanket sanctions, which can only aggravate the suffering of Afghan people, the US and its Western allies should change tack and bargain with the Taliban on specific demands such as reducing the most debilitating repression, according to the Brookings article.

At this point, it is premature to commend or condemn the Taliban's grand plan for Afghanistan. It deserves breathing space to fulfill its promise of reinventing itself.

It will be worth the wait.